Europe's Broadcast Exhibition with worldwide attendance
“Luck is what happens when preparation meets opportunity,” said Seneca, the first century Roman philosopher and dramatist. And, in the emerging post-recession broadcast landscape, IBC2010 is one of the best places to ensure that preparation is as diligent as it can be. The Conference in particular looks in detail at many emerging fields, giving delegates the information and the tools they need to make the most out of any opportunities that may come along in the future year. 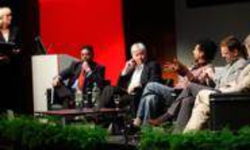 As well as the four distinct conference streams, there are several hot topics running through the IBC2010 Conference as well. Saturday 11 September will feature a range of sessions examining the business of sports broadcasting and its pioneering role in everything from stereoscopic 3D to IPTV. New speakers just added to the stellar line-up for the day include Kevin Stolworthy, senior vice president, technology at ESPN, who will be speaking at FIFA World Cup in 3D - The future of 3D sports, which will be a fascinating debrief on all the stereoscopic 3D work out in South Africa earlier this year. NASCAR’s Scott Rinehart, meanwhile, is presenting at NASCAR - An action-packed case study, which will look at the leading role this motor racing series is playing in collating, managing and presenting data graphically to the viewer.

China in Your Hands 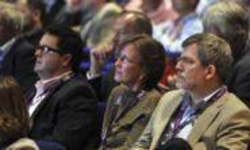 China represents one of the biggest potential opportunities for almost every business sector involved in IBC. 400m TV homes, 470m internet users, a billion mobile users by 2014...the figures are huge, but then so are the possible problems. China: Big hurdles, big potential. How the world’s biggest media and technology market is shaping up will look in detail at the opportunities and challenges inherent in gaining a foothold in this enormous market, especially with a regulatory architecture struggling to cope with the rapid media explosion. Sponsored by Irdeto – and with speakers including Graham Kill, CEO, Irdeto China; Duncan Clark, chairman, BDA China; Harry Hui, president, Ash Studio Ltd; Rebecca Yang, CEO, IPCN; and Phil Colby, VP Technology, Liberty Global China.

The Conference Draws the Cream 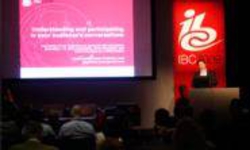 Delegates from the world over are journeying to IBC for this year’s conference. Companies who have registered representatives to attend include Seven Network Australia, CERN, BBC, Network TEN Australia, TV Globo, Grass Valley, Alcatel-Lucent, NBC Universal, Microsoft, BSkyB, NRK, Czech TV, Disney, Ascent Media, ESPN, Japan Broadcasting Corporation, Radio Television Suisse, Sony Pictures and many more. A significant proportion of delegates are also C-Level, with registered job titles including CEO, sr vice president, head of public relations, general manager, transmedia director and so on. Can you afford not to be there?

Hands-on in the Production Village 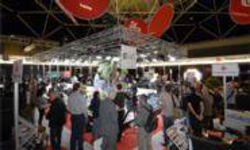 The Production Village in Hall 11 is the place to visit if you want hands-on experience with the latest cameras and camera accessories from the likes of Nikon Europe, the Fraunhofer Institute, Indiecam, Canon, Vitec and Panasonic. What’s more its free Tuition Programme also covers everything from shooting on a DSLR to managing batteries on location. Split into three separate levels – foundation, advanced, and in-depth, allowing participants to get the most out of each session – highlights include Jonathan Harrison’s well-known Lighting on the Run session and Alan Roberts applying the basics of early cine technology to modern digital cameras. 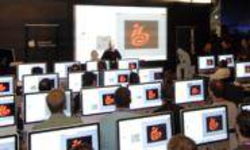 The showfloor demonstration sessions on offer in Hall 7 are the perfect way to keep up with the very latest developments in the always rapidly evolving world of post production. Hosted by some of the leading manufacturers in the sector, subjects cover everything from stereoscopic 3D workflows, to automation, broadcast graphics, colour calibration and monitoring, encoding and much much more. 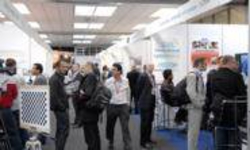 One of the most exciting opportunities in the electronic entertainment industry is that represented by the new Connected World area in Hall 9. Content is no longer siloed between discrete platforms, but consumed across multiple devices in multiple ways by viewers as and when they want, shared across home networks and tagged by social networking sites. It has the potential to be a confusing picture, but the Connected World brings together the Digital Signage, Mobile TV and IPTV zones of previous IBCs into one area in an attempt to understand the directions this is taking us all in. 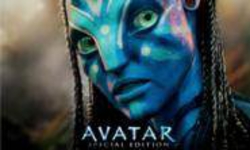 This year, on Monday 13 September at 18:30, there will be a complete screening of Avatar (Special Edition), courtesy of 20th Century Fox International and by kind permission of Lightstorm Entertainment. This new special edition contains an additional eight minutes of content over the original film and will be screened using the RealD stereoscopic 3D system. Admission is free, but as this is certain to be one of the most popular screenings IBC has ever offered, please ensure you are there in plenty of time to be sure of your seat.

IBC is the premier annual event for professionals engaged in the creation, management and delivery of entertainment and news content worldwide. The event attracts more than 45,000 attendees from 140+ countries worldwide and showcases upwards of 1,300 key international technology suppliers alongside a peer-reviewed conference that debates the hottest industry topics. For up-to-date information about the conference, exhibition, awards, free training and to register, visit