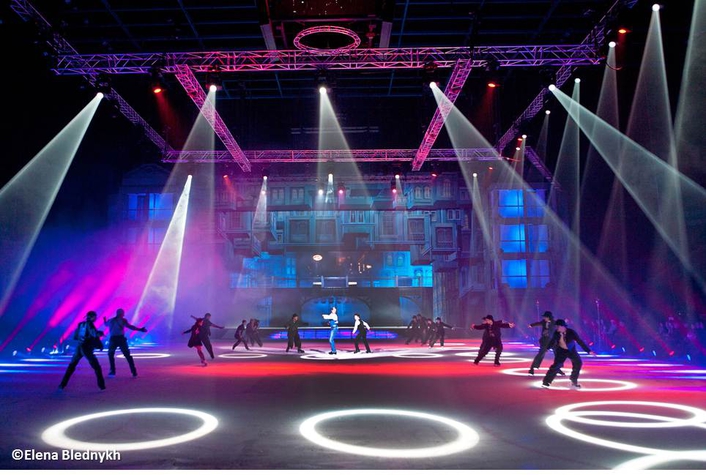 Light variations on ice
The unique performance demanded the highest quality lighting and Ilya Averbukh invited Alexey Mastryukov to create the impressive design. “A show by Ilya Averbukh is definitely a terrific and top quality project so of course you expect to see the same level when it comes to the lighting design,” said Alexander Blednykh, owner of Euroshow, lighting equipment supplier for the show.

“The task for the lighting designer was really complicated,” Alexander explains. “He needed to create something that was not only beautiful but also demonstrate an individual approach to each storyline while underlining the eye-catching movements of the figure skaters. The performance needed a high-quality uniform wash light on the one hand and terrific graphics on the ice on the other. And at the same time there should not be too much light or effects. The main protagonist is an artist and we cannot lose him among bright rays of light. I think that Alexey completed the task in the best possible way.”

Bright effects by MAC
To realize the lighting concept Euroshow delivered a profusion of Martin moving heads:  44 MAC III Profiles™, 24 MAC 2000 Washes™, 20 MAC 700 Washes™ and 70 compact MAC 101™ LED wash lights. The main workhorses were the powerful 1500 W MAC III Profiles that were hung on a truss around the arena. Using spectacular gobo effects, Alexey depicted the story’s plot through original graphics on the ice in a variety of colors. Scenery played a key role in the performance with mobile constructions like a large house serving as an impressive background which Alexey washed in colored light from MAC 2000 and MAC 700 Washes.

A special role was given to the compact MAC 101s, which were installed along the bottom perimeter of the entire skating rink. Spectacular rays tending upwards, bright streaks moving in unison on the ice, the MAC 101s became indispensable in shaping the dynamics and the overall completion of the lighting scheme.

The best ice show in Russia
"This is probably the best work I've seen among the Russian productions," says Alexander Blednykh. "The show really deserves the highest ratings and this is definitely a totally new format. All the ice shows we have seen before were executed in a simpler and more primitive way. This project is very complicated in terms of technical support.

"The lighting designer deserves praise for his creative approach,” Alexander continues. “This show consists of a large number of separate events - performances by various star guests and for every moment Alexey created an original lighting scheme. He helped develop the storyline and increased the overall perception with lighting effects. Alexey accompanied each scene with light variations where we could see an accurate and harmonious combination of color and gobo effects. He really hooked the spectators in and demonstrated the fixture performance in a beautiful and professional way.” 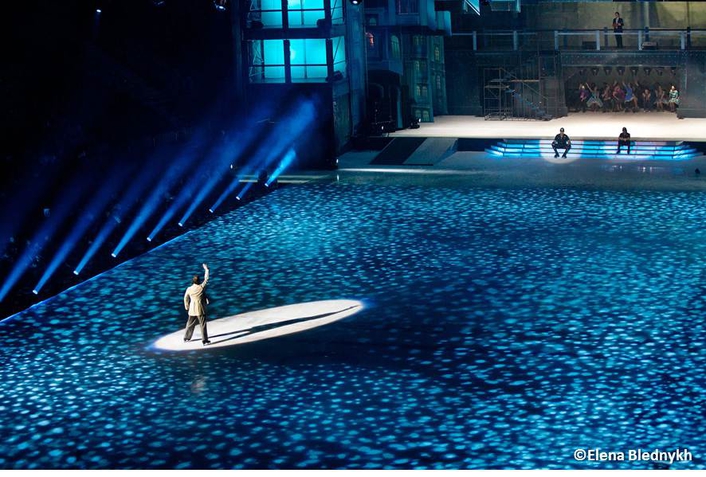 dbn Supplies Lighting for...ve at Jodrell Bank' Event
Back to the Future for MA...Aura™ on M83 World Tour
Martin MAC Rig with Debut...er Profile™ on Coldplay