Martin by HARMAN Powers a Tony Award-Winning Lighting Design for “Natasha, Pierre & The Great Comet of 1812” 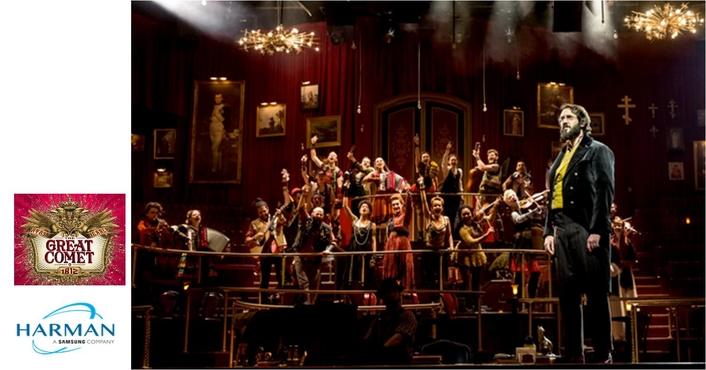 Based on an adaptation of a 70-word excerpt from “War and Peace”, the critically-acclaimed musical features an innovative and unusual set design that forgoes a traditional stage and uses curving runways to place the actors in the center of the audience. In order to create an immersive and engaging lighting display that matches the show’s unique setting, King selected Martin MAC Viper Fixtures, Atomic strobes and RUSH MH2 Wash fixtures for their industry-leading performance, versatility and quiet operation. 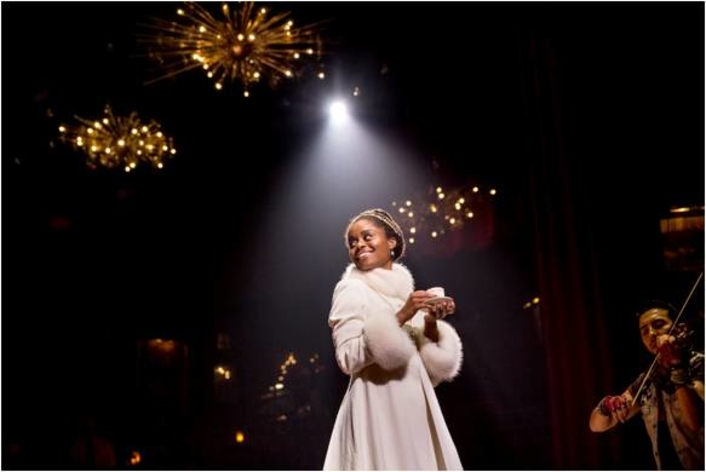 “The Viper is the perfect moving light for this show,” said King. “It’s bright, fast and quiet, which is especially important in theatre. It also has beautiful color and exceptional color correction—it’s the complete package. Plus, it’s not too big or heavy, which is critical because we push the limits of what we can hang from the ceiling. There are lights literally everywhere in the theater.”

King has been with “The Great Comet” since its initial run at New York’s Ars Nova theater in 2012, where there were fewer than 100 seats. The show’s set design by Mimi Lien draws inspiration from Russian vodka bars, supper clubs and gilded interiors, and uses heavy red curtains and many paintings on the walls to immerse the audience in the performance.

King’s original design at Ars Nova featured hundreds of individual lightbulbs, chandeliers and table lamps, which added to the mesmerizing and intimate environment. When “The Great Comet” expanded to Broadway, King needed a way to replicate the incandescent feel of the original show in its new home at the historic Imperial Theater in New York.

“The DNA of the show has always remained the same, and the color temperature is still based around the lightbulb,” said King. “When we moved to the bigger space, the lighting capabilities needed to expand as well. The Vipers have great color correction which allows me to match the incandescent feel of the lamps and chandeliers. There are a few scenes where we do use color, and it has a very dramatic effect. When the audience has been sitting in warm light for so long, pops of reds and blues hit twice as hard.”

The score of “The Great Comet” combines electronic music, pop and opera. One of the most memorable scenes in the performance takes place in a techno club, and King deployed dozens of Atomic strobes around the theater to replicate the intensity of a real techno performance.

“We didn’t want to suggest a club, we want the audience to be in a club,” said King. “At the Ars Nova theater, I had one Atomic strobe mounted on the wall that was firing directly into the audience’s faces. Now that we’re on Broadway, I have almost 30 of the Atomics and it’s such an intense and amazing scene. There’s no other strobe that looks better—it’s a classic.”

ABOUT HARMAN
HARMAN (harman.com) designs and engineers connected products and solutions for automakers, consumers, and enterprises worldwide, including connected car systems, audio and visual products, enterprise automation solutions; and services supporting the Internet of Things. With leading brands including AKG®, Harman Kardon®, Infinity®, JBL®, Lexicon®, Mark Levinson® and Revel®, HARMAN is admired by audiophiles, musicians and the entertainment venues where they perform around the world. More than 50 million automobiles on the road today are equipped with HARMAN audio and connected car systems. Our software services power billions of mobile devices and systems that are connected, integrated and secure across all platforms, from work and home to car and mobile. HARMAN has a workforce of approximately 30,000 people across the Americas, Europe, and Asia. In March 2017, HARMAN became a wholly-owned subsidiary of Samsung Electronics Co., Ltd.