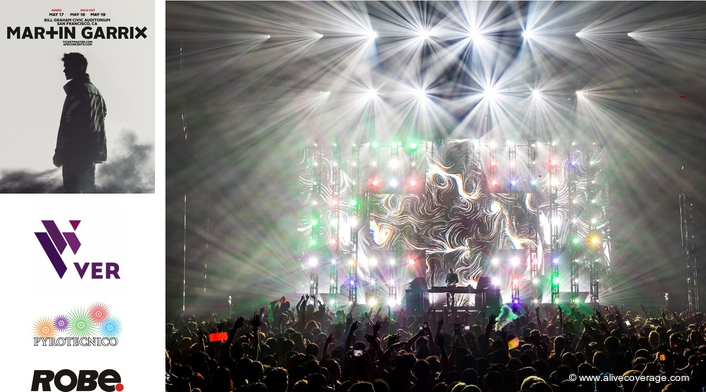 Three hi-energy sold out shows at San Francisco’s Bill Graham Civic Auditorium launched the new Martin Garrix live show which will tour around the world for the rest of the year as the young Dutch superstar DJ and music producer continues to wow crowds with his incredible musical skills and good looks!

The main goal of this design is to take Martin Garrix out of a purely DJ context and take a more rock / pop approach.

Fans at this year’s Coachella festival received a sneak preview of what was to come with the plus-shaped video screen and surrounding grid of 90 x Spikies tight at the heart of the performance environment.  Now the power and impact of this and the full new production design has been unleashed to the delight of his fans. 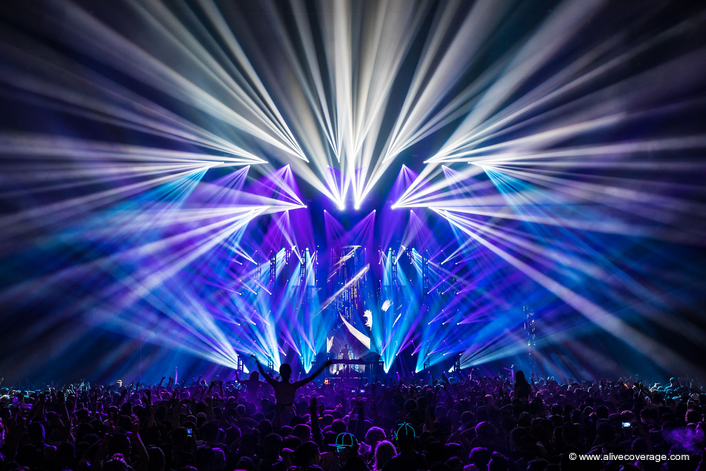 Gabe had used Robe Pointes and BMFLs very successfully on the last Martin Garrix tour, so when it came to the new design he wanted to add a dynamic “trick fixture” for this one and chose to do it with Spikies!

They are rigged onto an elegant industrial trussing structure which is built upstage of the DJ booth and frames a large plus-shaped LED screen in the center that is also attached to the truss uprights.

The Spikies are placed exactly 2ft. 9 inches apart on the horizontal and vertical plane and are the main focus of the show lighting.

“Spikies were the perfect fit” declared Gabe … “the continuous pan-and-tilt, flower effect and the prism give the exact ‘trick’ elements I need to keep up with the frenetic pace of Martin’s set.”

This is balanced by the zoom, flower and prism features which add the ‘beauty’ elements he needs for the slightly slower elements of the show! 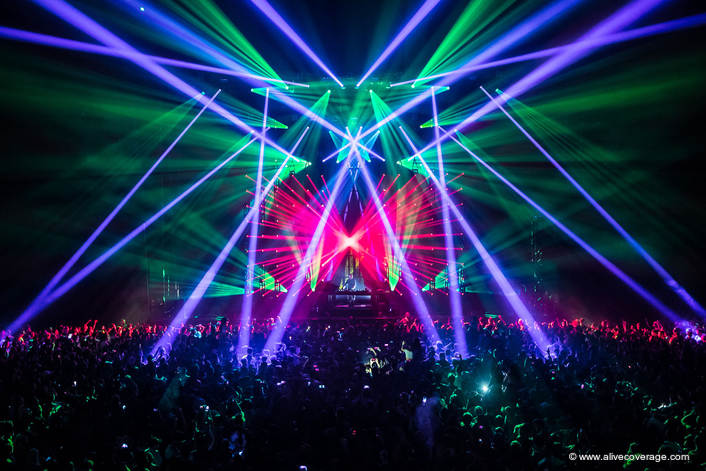 The Pointes and BMFL Blades are hung on three straight trusses above the stage and add a complimentary architecture to the space, together with texture and depth. In the full production version of the design there is also a large 9 mm LED screen upstage as a backdrop.

The BMFLs and Pointes also become prominent at certain points, providing a classic show lighting element creating structures with beam work and layering this with gobos and color on top.

Apart from some strobes and 4-lite blinders … that was it – so a relatively expedient rig for a full-on dance show! As we all know ... it’s not how much you have ... it’s how you use it that counts!

Previously Gabe used Spikies on the North American leg of the Pretty Lights tour working as assistant designer and programmer for LD Greg Ellis and “They absolutely blew both Greg and me away,” he enthused, adding that he’s now specifying them whenever an opportunity arises!

The most important consideration on this show is ensuring the entire rig was never used all at once and layering all the different visual elements to ensure a diverse and interesting show to help fans through the pumping musical adventure.

Lighting and visuals are designed to flow harmoniously on this show. The new video content package was also debuted at Coachella after being in development for the six months leading up to the tour. 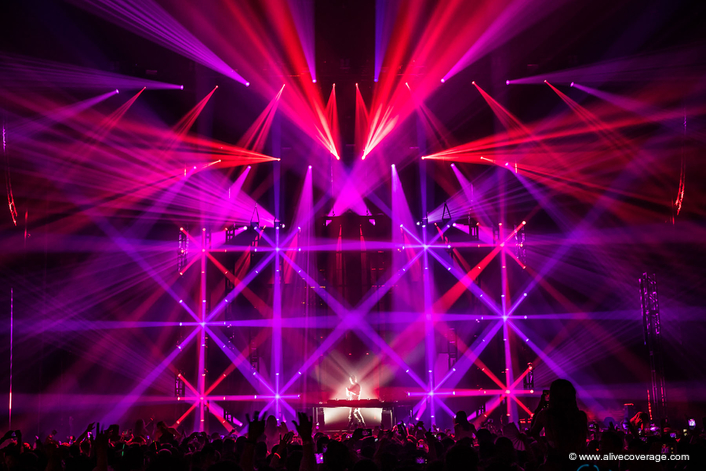 Having all this info mapped into the cue sheets allowed Gabe to establish a narrative with Martin – who takes a keen interest with his stage presentation – for the show, which has a clear visual and scenic flow. 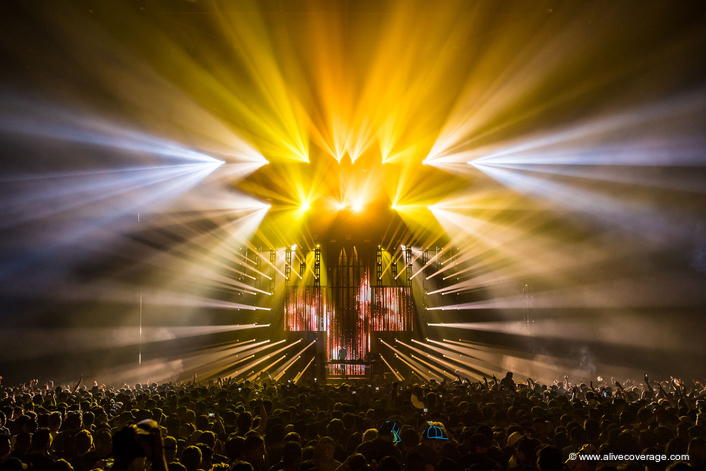 The light show was programmed by Gabe and Ben Dalgliesh and run by Gabe for the three San Francisco gigs together with lasers, calling all the other elements via comms. Ben will be taking it on the road globally, with video being run by Lorenzo de Pascalis.

For these three launch performances lighting and video equipment was supplied by VER and lasers and SFX by Pyrotecnico.

Internationally, the production will be supplied to Gabe’s spec by the local promoter and the fact that Robe is now widely available on all continents has also given Gabe confidence that the integrity of the design will be maintained everywhere.