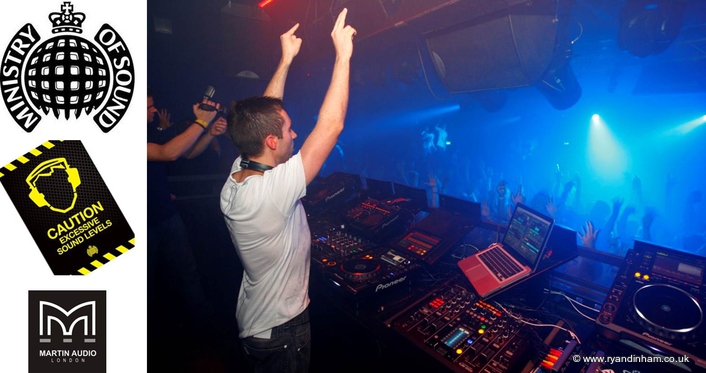 With clubbers immersed inside ‘The Box’s’ six-stack soundfield, the custom 5-way hybrid system at the Ministry has already won prestigious IDMA (International Dance Music) awards for Best Club Sound System Design in both 2010 and 2011 — and its signature low-bass rumble created by two 21in ASX subs per stack, was re-optimised for the occasion.

The world’s most famous nightclub celebrated with a three-day party throughout an unforgettable weekend. Three generations of house music were represented — with an all star line up that included Frankie Knuckles, David Morales, Eddie Halliwell, Nic Fanciulli, Matthias Tanzmann, Sean Tyas, Dennis Ferrer and CJ Mackintosh. Clubbers were taken on a three-night journey through trance, techno and finally 20 years of house — courtesy of the pioneers who helped shape the respective genres.

MoS Production Manager, Chris Thoms, was one who was delighted with the raw energy of the sound system. “The support we have received from Martin Audio has been outstanding. As a result of the hard work put in by both Martin Audio and the Ministry of Sound technical team we have made a significant difference to the already impressive and award winning sound system. 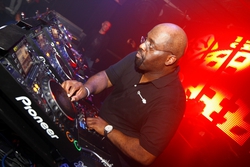 “[Martin Audio R&D Director] Jason Baird assisted us for two days fine tuning every aspect of the sound systems in both the Box and 103. Using subtle delays and careful EQ, we managed to make the ‘sweet spot’ in the middle of the Box dancefloor much larger, and the coverage and low end response is now far more even. The sound system was already incredible — largely down to Jason Baird, assisted by Alex Barrand and Al Brown — but now it sounds incredible everywhere.”

He confirmed that the club also fitted new custom grilles to the W8C’s midrange units, safeguarding the drivers whilst retaining their “mean appearance”.

Club Development Manager Gary Smart agreed that the support from Martin Audio had been exemplary. “It’s always a pleasure working with the guys at Martin Audio; the love they show Ministry and the sound system is immense.”

On the night of the Birthday the club received unqualified feedback from Frankie Knuckles, David Morales, CJ Mackintosh and [club founder] Justin Berkmann – and from countless other DJs alongside former management, technical staff and customers who have been a part of the Club for the last 20 years. “Martin Audio played a vital role in ensuring that our 20th was as memorable as it was, and for that we are truly appreciative and grateful,” said Thoms.

This will possibly be the last time that the three aforementioned legends will ever appear in the same room together. One of them, David Morales, summed it up best, when he said, “There has ever only been two great clubs in the world — Paradise Garage and Ministry of Sound. Case closed!”