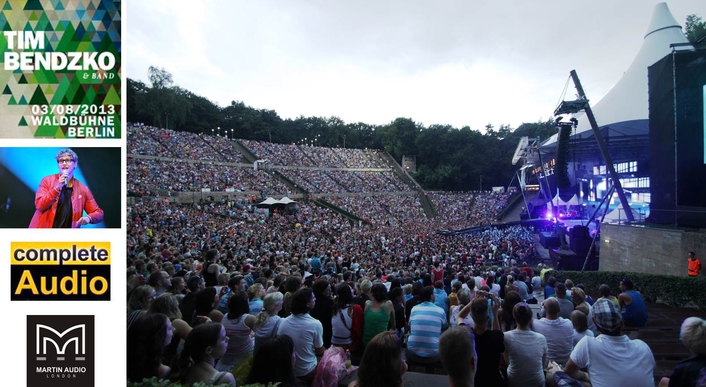 The PA company has worked with the singer songwriter for the past two years, but MD André Rauhut admits that this one off show — a curtain raiser for next spring’s tour and a launchpad for the artist’s new record, Am Seidenen Faden (Hanging By A Thread) — was on an unprecedented scale.

Providing even pattern control within an amphitheatre is taxing at the best of times, but Complete Audio was able to deploy its Martin Audio MLA system with confidence, given their vast experience of the system and knowing that its sound control is second to none.

Commenting on the topography of the bowl, André Rauhut notes, “The hill itself is very steep; the distance from the downstage edge of the stage to the highest at the top it is 108m. However, we did not need to use any additional delays, as some of our competitors have, to in order to get optimum coverage: that is the big benefit of MLA in this kind of venue.

His solution was to fly 13 x MLA and a single MLD Downfill on each side of the stage. Three additional MLA´s were groundstacked as infills to cover the near-field.

The 14 MLX subs were configured with five enclosures on either side at stage level, with a further four in front of the stage as a broadside array. On the outer sides Complete Audio deployed four W8LM Mini Line Arrays, stacked on top of the MLX´s, to cover the bleachers.

In setting the coverage parameters in the system’s DISPLAY2.1™ software, the sound team set a ‘Hard Avoid’ area right at the top of the hill “because the city council takes its measurements there.” André explained, “In setting this hard avoid zone right on the top we were able to gain a bit more level downhill — and that gave us about more 6dB headroom at FOH.” 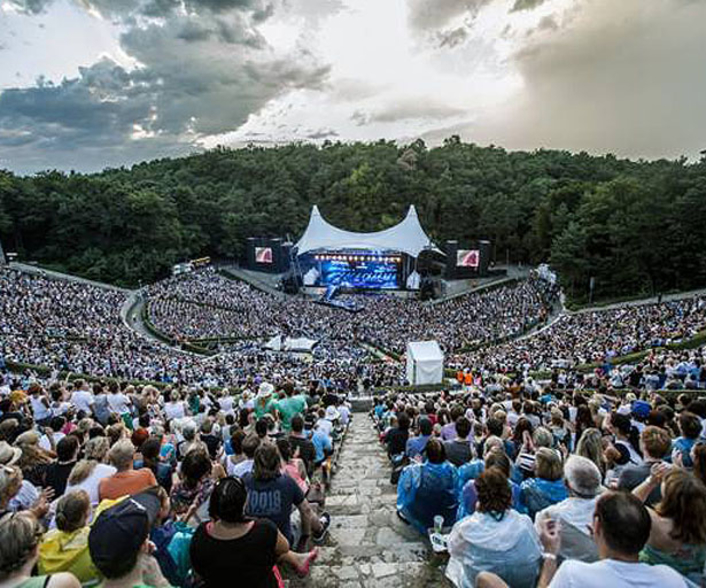 Fortunately Tim Bendzko’s FOH technician, Stefan Lohr, had worked with MLA previously and was already aware of its attributes. He was supported by system techs Nils Uhthoff, Janine Fidrich — as well as Rauhut himself, who commented afterwards that “the technical crew were more than happy with the sound … the words ‘superb’ and ‘terrific’ were used quite frequently after the show!”