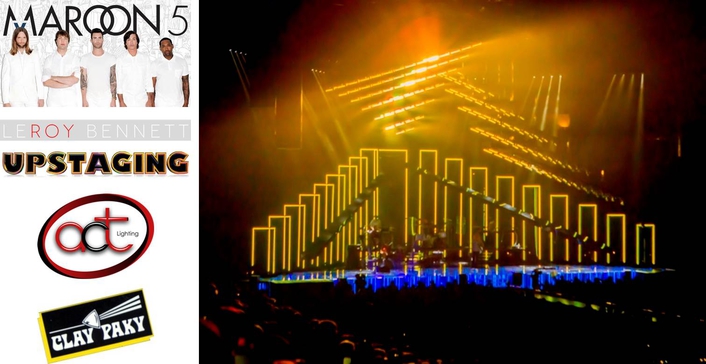 .
The band Maroon 5 has kicked off its World Tour 2015 with 100 Clay Paky Mythos and 20 Sharpy Wash fixtures occupying a prominent place in the rig.

Maroon 5 launched its World Tour 2015 in Dallas on February 16 and will finish in Auckland, New Zealand in October.  The tour is in support of the band’s fifth album, “V,” which was released last year. 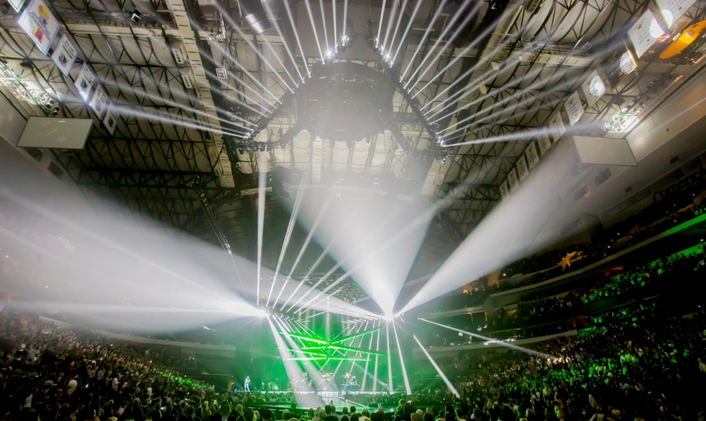 Roy Bennett, the production designer for the tour, has branded the stage with strong “V” motifs, inspired by the album artwork, incorporated into the trussing and transparent set pieces.  Lighting and video create a dynamic, constantly changing environment on an arrow-shaped stage.  Plexiglass panels, filled with special effects smoke, act as upstage display surfaces for video content while the downstage stage was constructed as a giant, hollow plexiglass “fishbowl” that could also be filled with smoke and lit with 20 Clay Paky Sharpy Washes.  The ceiling structure has 13 movable arms outfitted with lighting fixtures.  A runway and connected B stage form another arrow-shaped space jutting into the audience. 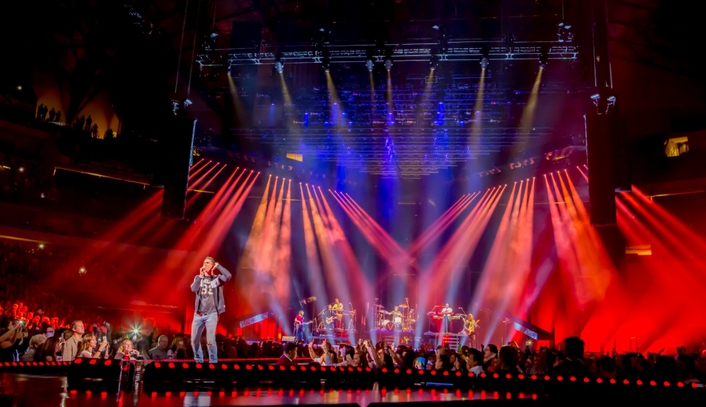 One hundred Clay Paky Mythos fixtures, which first impressed Bennett at a product demo, are being supplied to the tour by Upstaging.  Forty of them are positioned upstage as back and side lights.  Sixty more are hung above the arrowhead portion of the B-stage.

Mythos goes beyond Clay Paky’s popular Sharpy, which the band used on its last tour, to add versatility to Maroon 5’s rig.  “Mythos has all the power of a gigantic beam light but can also work as a spot and a wash,” notes lighting programmer Jason Baeri.  “It’s a great tool, really bright and consistent.  It can do anything.” 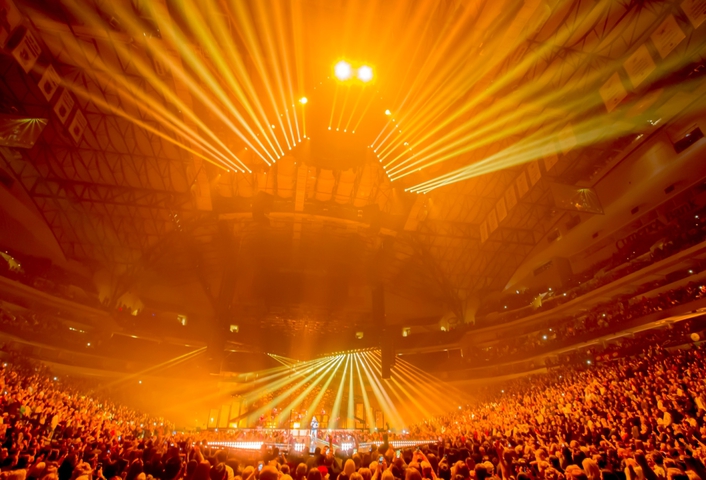