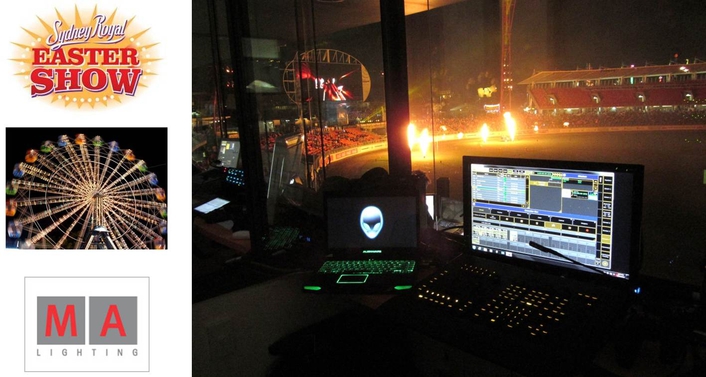 “I was really keen to give it a go on this show,” he commented. “It allows you to have hard buttons, knobs and faders to control grandMA2 onPC software which is basically grandMA2 on your computer. Now, rather than trying to put in a ‘large’ console in a control room where there is no space, I’ve got the compact MA onPC command wing.”

Wherever it is physically difficult to use a grandMA2 console, the MA onPC command wing, in conjunction with the grandMA2 onPC software, enables the customer to program or playback within the grandMA2 world.

Paul used a grandMA2 light to program the show, switching to the MA onPC command wing for replay. “It’s not too dissimilar to using an actual console and I was surprised at how easily I took to it,” he said. “All of the buttons are in the same arrangement as the console and the six faders are more than enough for a cue to cue show. I also have two touch screens hanging off my computer. Using the MA onPC command wing hasn’t compromised what I have to do at all in fact I’m very happy with it.”

“The MA onPC command wing is very cool and I think that it will be a fantastic tool for the touring lighting designer who goes from show to show never quite sure of what console they’re going to get,” Paul added. “It gives you the ability to use what is probably the best lighting control platform that there is in an affordable package. Plus you can take it as hand luggage.”