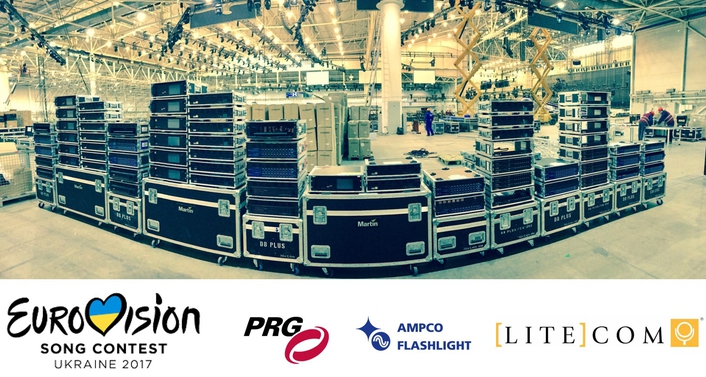 This was Litecom's fourth Eurovision as a key supplier, and once again the company rose to the challenge of providing vital technical infrastructure for the world's largest televised music event. Litecom worked in close partnership with PRG Europe to fulfil the large-scale technical demands of the show, with lighting designer Jerry Appelt's rig utilising over 1,800 lighting fixtures throughout Kyiv's 11,000-capacity International Exhibition Centre.

While PRG provided the main elements of the lighting rig, Litecom provided the MA Lighting grandMA2 control hardware and data networking infrastructure. Although no stranger to the demands of the Eurovision format, Litecom was faced with an unusually tight timescale for completing the project this year, as the contract was only finalised in early March, with the first trailers leaving for Kyiv on 7th March. However, the experienced Litecom team proved equal to the task, completing the required stock processing and corresponding documentation in record time.

"It was a massive job to get all the stuff together," said Litecom's Key Account Manager Girts Putelis, "from producing cables to actually ordering bits and pieces from our various suppliers, but years of good relationships was a great help. The suppliers worked around the clock for days getting all the material produced." 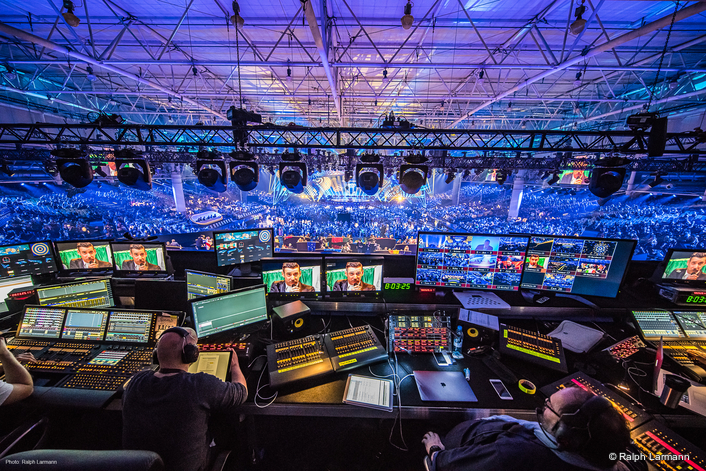 For a live broadcast on such a scale, redundancy is crucial. Litecom's CEO and on-site manager Rasmus Bremer says: "The lighting network was based on a double fibre ring, so malfunctions from signal loss on one ring would be prevented. During programming, the system was tested several times by breaking signals in the five different dimmer islands. All signal systems had UPS backup for a minimum of one hour."

These redundancy tests were very positive, considering the time available to design and implement the system. "The system was absolutely flawless," said Litecom's Network Manager, Michael 'Havdrup' Nielsen. "A system like this has a clean appearance which makes it easy and inviting for all the technicians to work with. The DMX splitter has become yesterday's technology - almost none were used in the setup."

The backbone of the network was the GigaCore XT16 ethernet switch from Luminex. From FOH, the signal was distributed via the first Switches into dedicated ports - MAnet for the NPUs and the 8-port nodes enabling pinging of the system and data overview of the full system in real time, and Art-Net for matrix products such as the Ayrton Magicpanel FX, from dedicated Luminex GigaCore XT16 switches to the truss-mounted switches from Luminex.

"The GigaCore XT16 is a versatile product, and in other configurations handles all the protocols needed - MAnet, Art-Net, sACN and PoE required, for example, by intercom products like GreenGo," says Bremer. 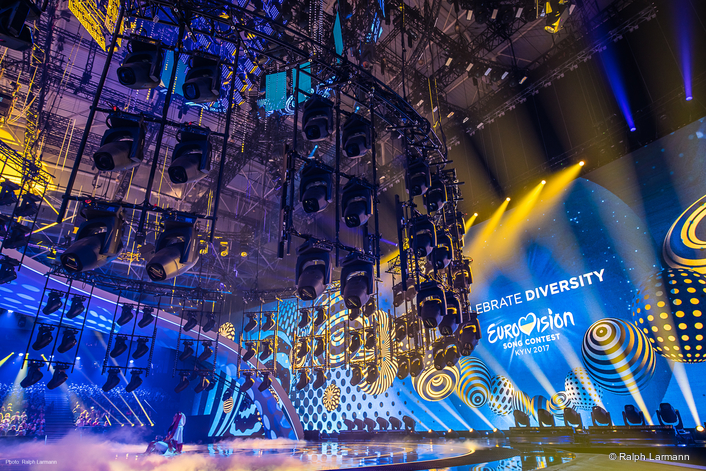 In addition to the control system, Litecom teamed up with Ampco-Flashlight to provide a major Cyberhoist system, with 112 Cyberhoists used to fly in and out dynamic set, lighting and effects elements throughout the contest. Mathias Sontag, from Litecom Germany, planned the full production, operating the motors in the roof which played such a key role in adding the dynamic extra dimension to Jerry Appelt's lighting design.

"The Cyberhoist system was really complex, due to the weight of the lighting centrepiece and due to the stage area being packed, with moving heads and video literally back-to-back," explained Sontag. "The task was controlling the dynamic weight, getting the loads into position at the right time without risking transfer of load to any critical level to the mother grid, which was monitored by Loadcells at every point, ensuring the safety of the artists and crew working under these heavy items."