Lemmon Productions Get The Pointe

The OVJ show is based on the concept of ‘wayang orang’ dance performances in a modern setting, with sketches inspired by a wide range of narrative concepts from Indonesian folklore, celebrity biographies to different genres of fiction or popular culture. The ‘Sahur’ edition aired in the small hours of the morning, just prior to the pre-fasting breakfast.

With the addition of the Pointes, this was really ramped up to another level! 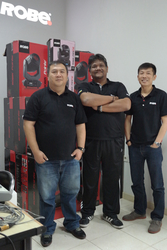 Lemmon Productions – founded by Lemmy Ibrahim – run a studio complex in Jakarta and the company is focussed on providing the complete facility for rental with all the technical packages in place, so TV production companies can have a full ‘one-stop’ solution for their projects.

It’s Lemmon’s first purchase of Robe moving lights and follows a recent roadshow organized by Robe Asia Pacific in Singapore which was attended by Lemmy and key members of his team.

He said, “The Pointes are amazing! The Indonesian market is flooded with poor quality moving light products and I really want Lemmon Productions to stand out from the crowd and offer the very best in quality and production values.”
Once he’d seen the products in action at the Roadshow, he knew it was the right fixture.

He was impressed by the low noise – an important consideration for many TV productions – and loved the “Fantastic colours and brightness”.

His confidence was also boosted with the excellent support, after-sales service and back-up offered by Robe AP, and went straight ahead and placed his order.

On the OVJ show, the Pointes were rigged in the roof of the studio and positioned on the floor around the stage set to add dynamics, colour, beams and the eye-catching range of effects and camera-candy – at which they excel.

To everyone’s delight, this series of OVJ was the second highest rated broadcast – nationally - of the period, eclipsed only by the Euro 2016 football, which is a huge coup!

The head of Trans7 was so impressed with the performance of the Pointes on OVJ that he now wants to use them on all their shows … and this has already resulted in another 24 more units being ordered from Robe Asia Pacific. 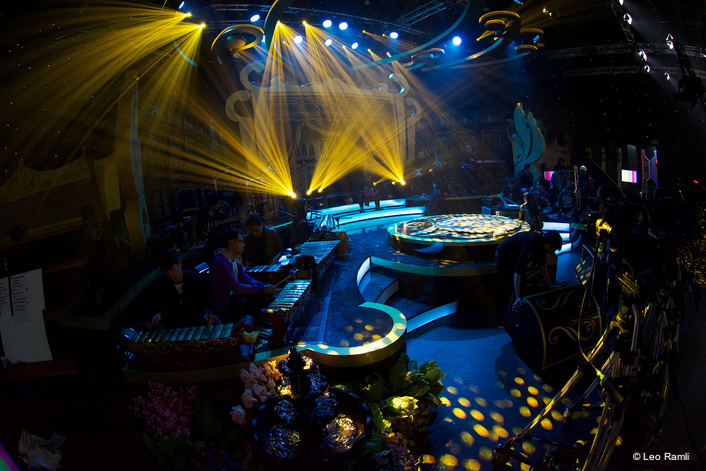 And … Lemmy says, ”Even that won’t be enough” so he will look to increase again as well as considering investments in other Robe products like the LEDWash and BMFLs.

Robe AP’s regional sales director Hanslee Lim comments, “It’s a great reference for us to have Pointes working in one of the most proactive TV networks in Indonesia and underlines the value of this fixture as a true workhorse suitable for numerous disciplines”.