With almost a million subscribers, YouTube channel Legends of Gaming pits some of the best online gamers in the world against each other in the ultimate e-Sports tournament. For the second year running, channel owner Endemol brought together the greatest players at London’s Alexandra Palace to give fans a chance to get up close and personal with their online heroes.

Event specialist Fonix took responsibility for all live production, and technical director, Colin Parnell explains that a relatively simple staging set masked a cutting edge, multilayered video composition that was distributed and displayed on big screens throughout the venue. 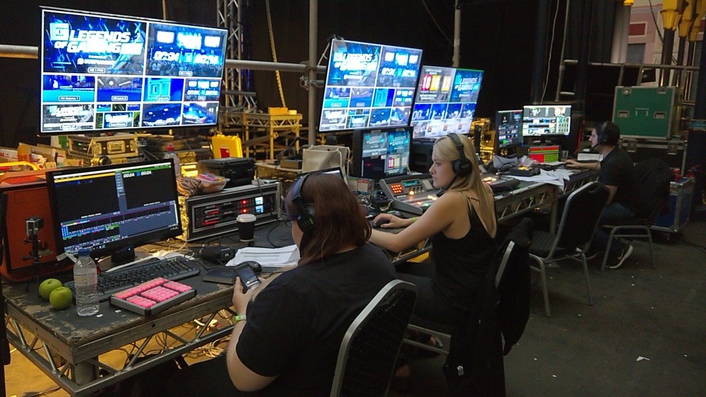 A multi-format masterpiece
“We love this kind of event, as they allow us to go to town on the technical production, and try out new ways of bringing the experience to life,” explains Colin. “There was a lot for us to consider in recreating the liv experience for audiences. Not only do they want to see their gaming heroes, such as Dan TDM and LDShadowLady, on the big screen, but they also need to be able to have a clear view of the action as they battle live on stage, as well as reactions to the gameplay. Add to this that you’ve got a multitude of computer formats that you need to transmit seamlessly throughout the venue, and it’s clear to see that this was no ordinary live project.” 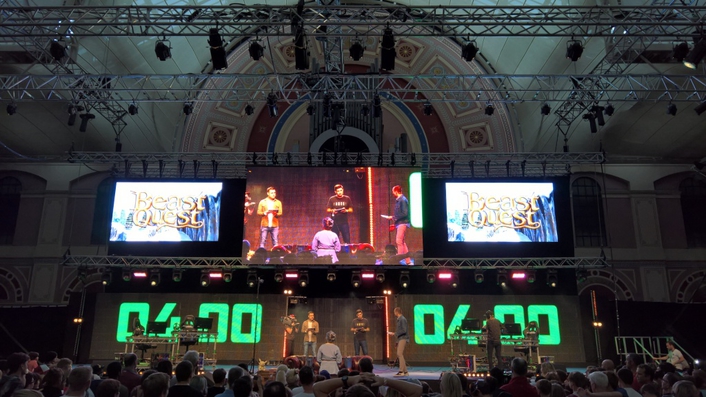 Five ATEM switchers formed the hub for the two-stage production and deployed both on and off stage. “We wanted a user-friendly and interactive setup, so the main stage was almost like a living room with sofas, big screen TVs and also a range of multiplayer consoles, including the Nintendo Wii and PlayStation 4 for the Legends stars to do battle,” continues Colin. “To help us switch smoothly between each of the various platforms, we connected the consoles to the four HDMI inputs on an ATEM Production Studio 4K and took the AUX feed backstage to the crew, who could skip through the initial start up menus offscreen, so there was no break in gameplay on stage.” 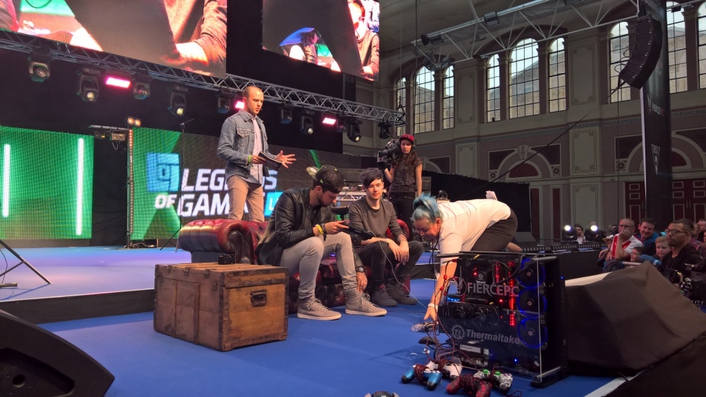 Capturing the gaming experience
Colin explains that one of the reasons why the Legends of Gaming are so popular is for their commentary during gameplay. “Literally millions of people watch them fight their way through various levels, so recreating those reactions directly with the audience was a key element to the production.” Each player position was equipped with a Micro Studio Camera which captured the highs and lows during each game. The camera feeds, together with feeds from each player’s monitor were all fed through to an ATEM 2 M/E Production Studio 4K, which was paired with vMix software to produce a bespoke, multilayered video projection, which we displayed across six giant LED screens across the main stage: a central 6.4mx3.6m gaming screen, and two 3.8mx2.16 side screens. 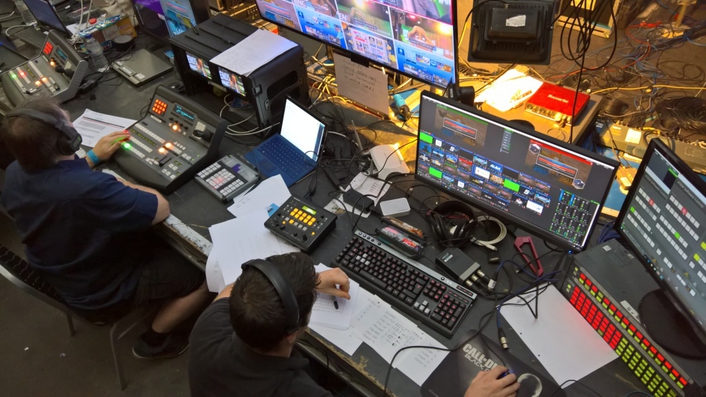 “The central screen was split into four using vMix to show each of the players’ progress simultaneously, with each player’s face in a small octagon at the corner,” explains Colin. “At the same time, we also took wide angle shots of the players in action to big screens on either side of the stage."

To manage all of these layers within the program mix, we built a powerful computing unit we’ve ever made, with a powerful motherboard, CPU and graphics card, paired with three DeckLink Quad 2 capture cards to provide 24 SDI inputs into vMix.

"As well as giving us an incredible amount of capacity to capture all of the action, the DeckLink cards also take care of all the different resolutions and frame rates coming in and outputs them all in one format, so they remove a huge headache for us when we’re live.” 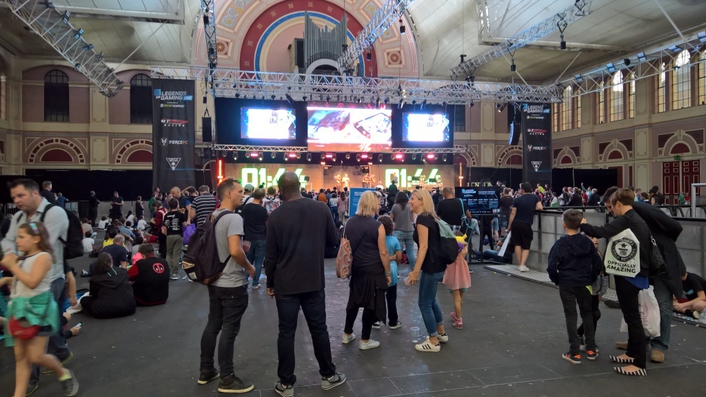 As well as recording all of the content to SSD for future use by Endemol using Blackmagic’s HyperDeck Studio Pro recorders, an ATEM 2 M/E Production Studio 4K, paired with an ATEM 1 M/E Broadcast Panel, was employed to to cut an exclusive live feed for streamed by Twitch.tv.

“We’re always conscious of the various audiences for live production: those in the venue want to get up close and personal with the action on stage, whereas those following a live stream will need more establishing shots of the scope and scale of the event itself,” concludes Colin. “The capacity and flexibility that the Blackmagic Design solutions mean that we’re able to cater for all of these audiences, while still working within tight live events budgets, and deliver fantastic content wherever you’re watching from.”