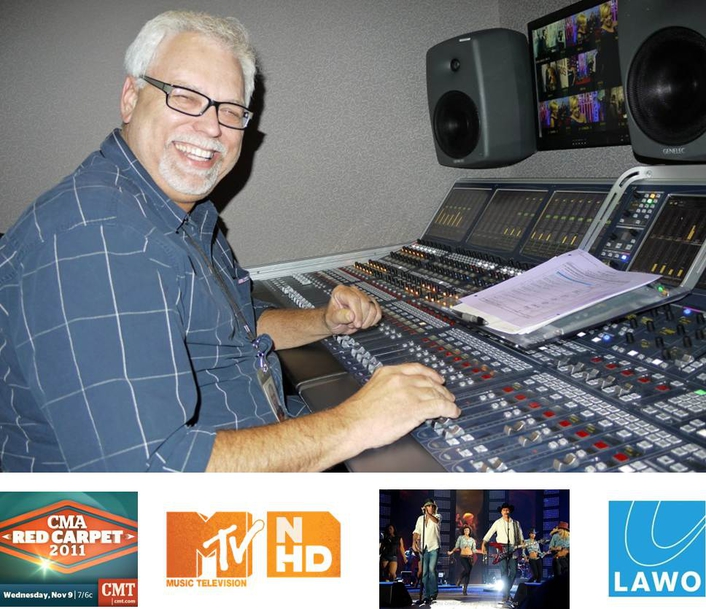 CMT Engineer Keith Durham: Console in MTV Networks' (MTVN) new remote truck 'Nereus' performed flawlessly
The “45th Annual CMA Awards” was a star-studded, spectacular event that saw 21-year-old singer / songwriter and all around music phenomenon Taylor Swift walk off with the show’s top award: Entertainer of the Year. But before the actual awards show, there was the “CMA Red Carpet Special” on CMT.

The focus here was on capturing comments from the artists as to their perspective on who may win, fashion, and other subjects pertinent to the day’s activities. This ‘lead-in’ show provided considerable insight into the events that were about to unfold and the interviews—from an audio perspective—ran through a brand new Lawo mc²66 MKII production console that resides in MTV Networks’ newest truck: Nereus.

For this year’s pre-show, Keith Durham, an engineer for CMT (which is a unit of Viacom), was at the helm of the new Lawo mc²66 MKII console. He was assisted by engineers Browning McCollum and Marc Repp. Repp, who was very involved in the selection of the truck’s Lawo console, discussed some of the challenges the project presented.

“While this truck was designed primarily for projects where the use of a separate audio mix truck is just not feasible, its ‘maiden voyage’ involved the interviews that took place during the pre-show,” Repp explained. “There was very little music on this show— other than the ‘bumpers’ that typically lead in and out of commercials. The real challenge, then, was the fact that there were numerous interview locations and each location had 5 wired and 5 wireless microphones. This created not only a lot of microphone inputs, but numerous microphone groups that had to be managed. Moving quickly from one microphone group to another and to seamlessly switch from a wireless to a hard wired mic—should the wireless system drop out or otherwise fail—were the most pressing tasks on this job.”

“In addition to the various microphones and microphone groups,” Repp continued, “there was also a considerable amount of IFB (interruptible foldback) traffic for communication between the production staff and the various interviewers. All of these audio signals were handled by the mc²66 MKII. While there may not have been much music, there was a lot of audio moving through the board.”

Configured with 40 main faders, 8 Extra Faders, 8 center section faders, plus five DSP cards, the new mc²66 MKII inside Nereus offers advanced redundancy for failsafe operation, Lawo’s mc² bay server technology, a new control system on the MKII router, real-time DSP data transfer within the system’s HD core, and extended frame modularity. The result of this impressive technology is a state-of-the-art and secure mixing environment for the engineers who work in the truck.

“The mc²66 MKII’s ability to quickly and easily recall snapshots and switch between the various microphone groups was a huge factor in the success of this project,” Repp said. “Likewise, the console’s Extra Faders feature, which includes a ‘Short Fader Control’ panel in the console’s central control section, was equally important, as it provided greater control over crucial elements assigned to this area.”

The “CMA Red Carpet Special” was not only an important precursor to the CMT Music Awards; it was an important start for Nereus and all who may someday engineer inside the truck. “Everything went exceptionally well,” Repp reports. “The lead engineer found the mc²66 MKII very intuitive and easy to get up to speed on and everyone involved in the show’s production was very pleased with the way the audio feeds were handled. This was also an important event I terms of showcasing the new truck to the numerous engineers and other broadcast professionals who were in attendance at this year’s show. Nereus is a vitally important audio production vehicle and the fact that the Lawo mc²66 MKII resides at the center of all the technology onboard the truck is no small consideration. This was a great start for an incredible new studio on wheels.”