It was clear from the beginning of discussions with Executive Producer, Greg Fera, that 2020 Latin Grammy 2020 premiere needed to be reimagined to work with-in the confines of the COVID world. This posed a new set of design challenges for Production Designer, Matt Russell, who has designed 34 shows for the Recording Academy and Latin Recording Academy over the past 10 years.. It was not going to be realistic to build physical scenery in an arena and bring all of the nominees together in one place to celebrate as in past years so a virtual production model was embraced. The goal was to create a cohesive visual space that wraps around and embraces all of the nominees gathered virtually with physical hosts and presenters to honor their work.

Designing for xR environments has opened a whole new world of creative possibility. In physical production, the designer is forced to work within the confines of many realities, from construction budgets to venue sizes, and simply real-world physics. Virtual scenery removes many of those constraints allowing focus on developing the visual concepts of the show and storytelling. Motion tracking camera technology and real-time rendering allows the designer to craft a dimensional space into which performers can be fully immersed. 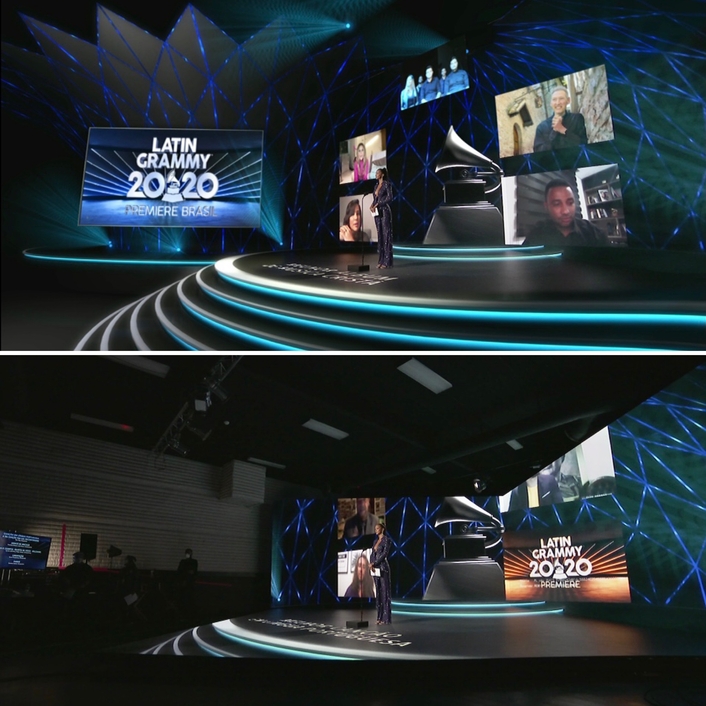 Working closely with Production Designer, Matt Russell, and Screens Producer, Juli Pritchard-Liu, Digital Flodur consisting of Kurtis Kennington and Allen Rudolf, collaborated to bring Matt’s design into a real-time VFX engine, Notch. Inside this software Digital Flodur created a virtual set with all of the aspects of a true award show set including working screens with video inputs being fed by the control room and LED strips with digital content that is controlled by a Disguise media server. Webcam feeds from 280 nominees from around the world are also fully inserted live into the virtual environment while the winner is announced. Notch’s real-time VFX gave us the ability to build the virtual lighting and set in a way to give every department on the production the tools they are accustomed to on any traditional production. 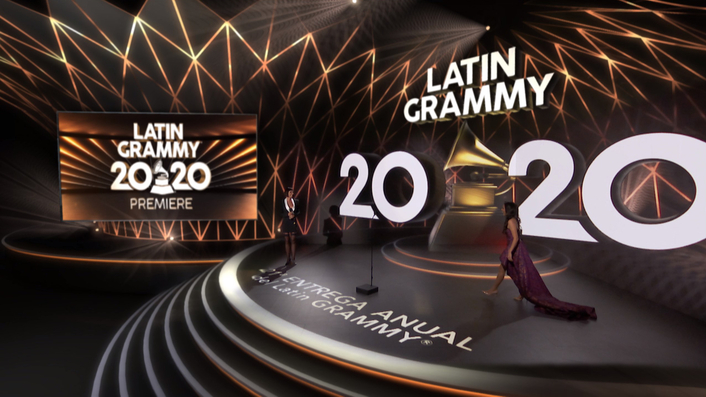 Lighting Designer, Dave Thibedeau, designed the virtual lighting rig. Lighting is controlled by a Grand MA lighting console by programmer, Tiffany Spicer Keys. In order to achieve all of this Digital Flodur pioneered new techniques inside the software which included creating a virtual moving light fixture from scratch that has all the capabilities of the real fixtures, including focus, zoom, frost, gobos + rotation, and individual haze control. This gave the lighting team full control over the virtual lighting fixtures as they would in a real award show environment. 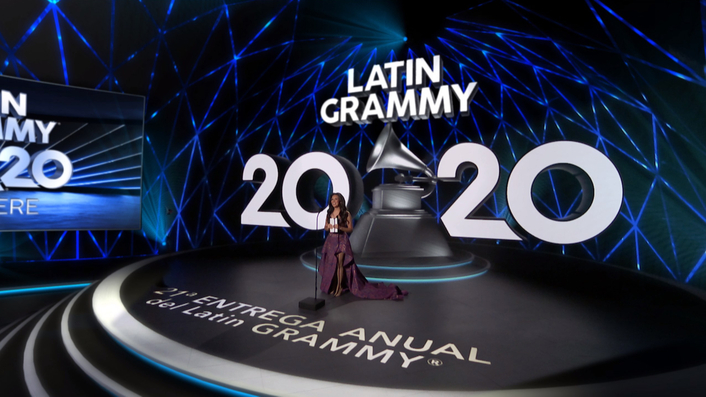 At the heart of the XR virtual environment was NEP Sweetwater and their XR space at CenterStaging. NEP Sweetwater brought in Disguise GX2C media servers to power the extended set. This was coupled with a jib and steadicam cameras utilizing StYpe camera tracking. 280 remote nominee feeds were then streamlined into 8 feeds which were taken into NEP Sweetwater’s GX2C’s with alpha signals and playback sources from the Pacifico Television Engineering’s K-Frame switcher.This allows the TD to freely size, position, and move the screens around within the virtual environment. They also created the first custom live camera switching system for the live broadcast that is controlled by the TD’s System. 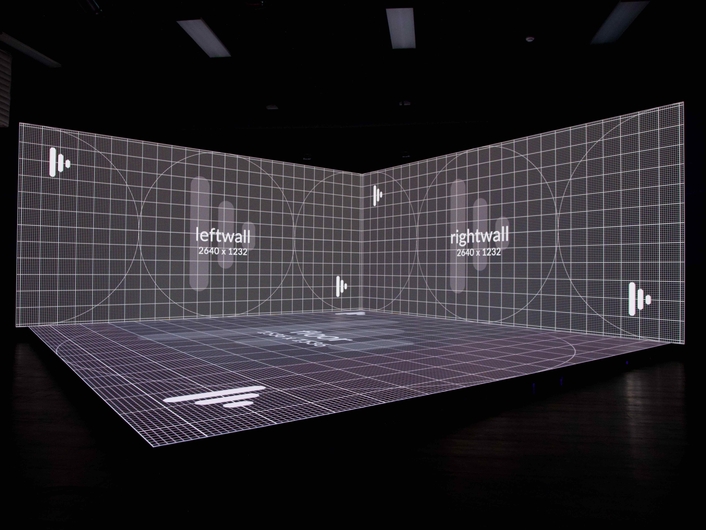 The use of all this technology and artistry combined allowed the Latin Recording Academy to host their annual event honoring the achievements of the best of the music industry together in a cohesive virtual environment. 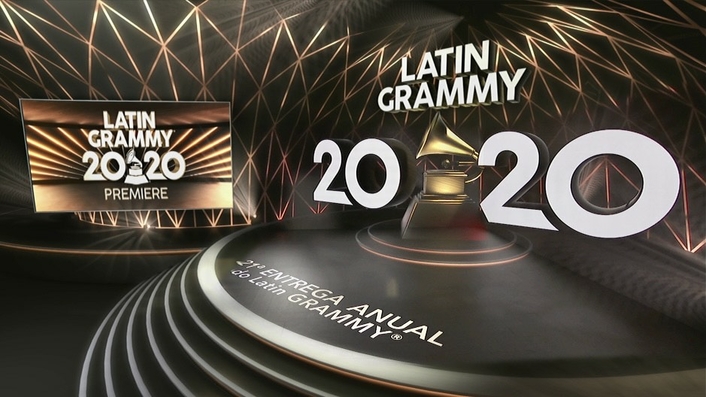