Tour openers Kip Moore and Kacey Musgraves join Lady Antebellum onstage
“Take Me Downtown” is Lady Antebellum’s third headlining tour, taking the GRAMMY Award-winning trio across North America and into a wide range of venues, including casinos, civic centers and amphitheaters, both indoors and outside. It began in January in Peoria, Illinois and ran nearly nonstop through June, when the band began its summer state fair itinerary.

For the entire first half of the year, Lady A worked exclusively with touring sound provider Sound Image’s L-ACOUSTICS K1 line array system. Sound Image’s Mike L. Adams, who handles the account, comments, “The K1 system is reliable, consistent and never lets us down. When we deploy this system, every night sounds incredible and we never get one of those late night calls. The peace of mind is invaluable.”

Sound Image carries full L-ACOUSTICS rig on group’s latest North American tour
For most of the group’s performances, Sound Image flew left and right main PA arrays of 14 K1 plus four KARA downfills, each flanked by six flown K1-SB subs. Outfills were comprised of 12 KUDO per side, while four SB28 subs per side groundstacked below in cardioid configurations anchored the low end reinforcement. Four more KARA – two per side – were additionally deployed as stage frontfills.

K1 proved to be as flexible as it was great sounding with the band’s longtime FOH mixer, Brett “Scoop” Blanden, and Sound Image’s Jim “Fish” Miller as the tour’s systems engineer able to perfectly configure the rig to exactly fit each venue. In some stops, as few as eight K1 enclosures per side were enough to fill the room; larger venues took the full complement, with 18 per side, and anything in between. Blanden estimates that they deployed an average of between 12 and 14 boxes per side each night, underscoring the range of room types the tour covered. Twenty-four L-ACOUSTICS LA8 amplified controllers housed in eight LA-RAK powered the system. What never changed, though, was K1’s sonic performance. 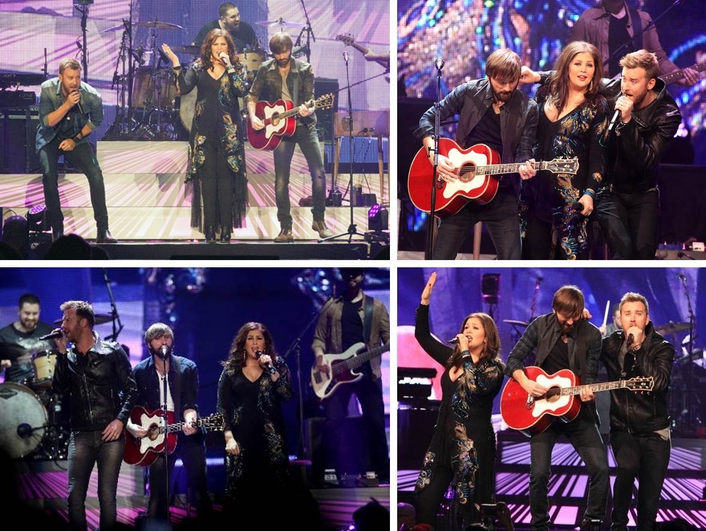 “The K1 is a really amazing PA system,” lauds Blanden, noting that the speakers’ frequency response is so full range that they were able to do at least one smaller corporate-event show in Tallahassee without subwoofers. “And when we did outdoor shows, the system would throw for days. It has tons of projection. With other arrays of similar size, you might need to use a delay array, but the K1 seems to out-throw them all. And its waveguide is really impressive, keeping the frequency response consistent at all times.” 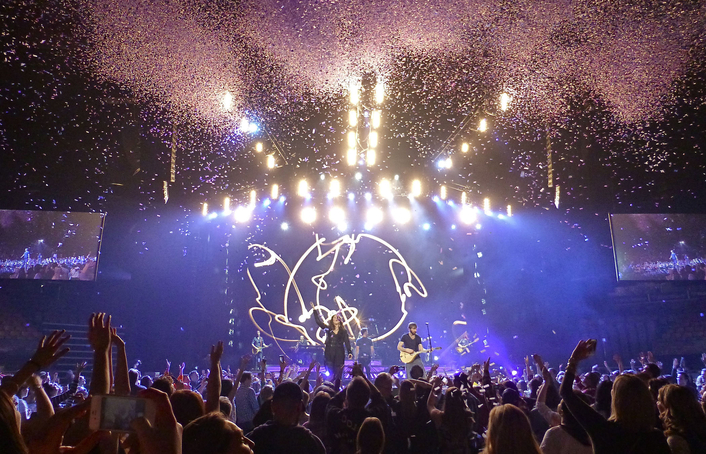 Blanden was also appreciative of how that waveguide kept the sound dispersion consistent, allowing the band to confidently use the stage thrust without concerns about feedback. “I’d say that as much as 75 percent of the music is performed between 43 and 53 feet in front of the PA system,” he explains. “We had a peak show volume of 102 dB and an average between 99 and 100, and we were running at least four open dynamic RF vocal mics at one time on the thrust. But the K1’s waveguide is designed to compensate for the curvature of the diaphragm. It affords us even frequency coverage at distance, so I didn’t have to get into the graph like I would have had to using other PAs.”

But it’s the spectral neutrality of the K1 that allowed Blanden to make it the band’s own. “The flat frequency response of the K1 is incredible,” he says. “It’s like a blank canvas for music – it gives you back exactly what you put in, so it’s a great system for any type of music. It certainly has been for Lady A’s.”