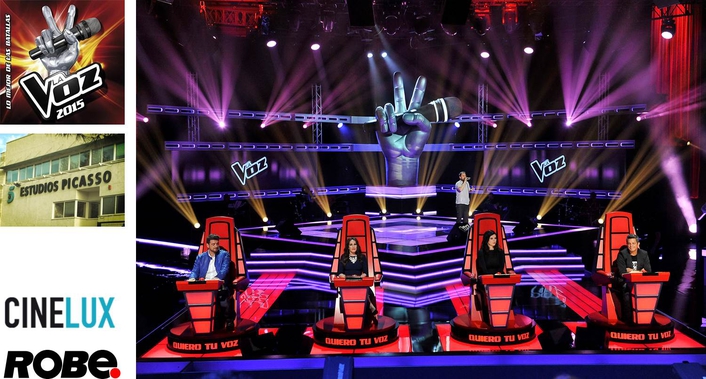 The third edition of La Voz Espana, the Spanish version of the popular TV singing contest was won by an ecstatic Antonio José, coached by singer songwriter Antonio Orozco. The series generated a massive amount of excitement and record viewing figures …and was lit for the first time by TV LD Iñaki Irastorza … who used Robe’s BMFL Spots and Pointes in his design.

The series was recorded and broadcast – on the Telecino TB channel - from the Mediaset Picasso Studios in Villaviciosa de Odón in Madrid and produced by Boomerang TV, who invited Iñaki, one of Spain’s leading TV lighting specialists to add his own distinctive creative flair.

Iñaki was one of the visitors who saw the BMFL Spot for the first time at the 2014 Commonwealth Games in Glasgow, and was impressed with the light output, so he specified it for this show. 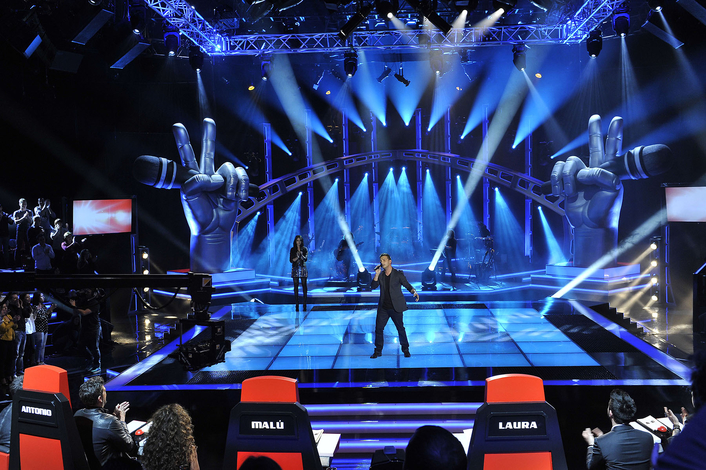 Pointes he has used on several previous projects and chose these for their versatility as a beam, spot and effects fixture … all in one unit.

There were three different phases of development involved in lighting La Voz as the series ramped up to the final.

The 38 x Pointes were hung from the tube structures making up the set and catwalks, while the 26 x BMFL Spots were positioned on the overhead trusses and the floor and were used to create a whole variety of different stage environments as backdrops to the weekly action.

Iñaki liked many features of the BMFLs. 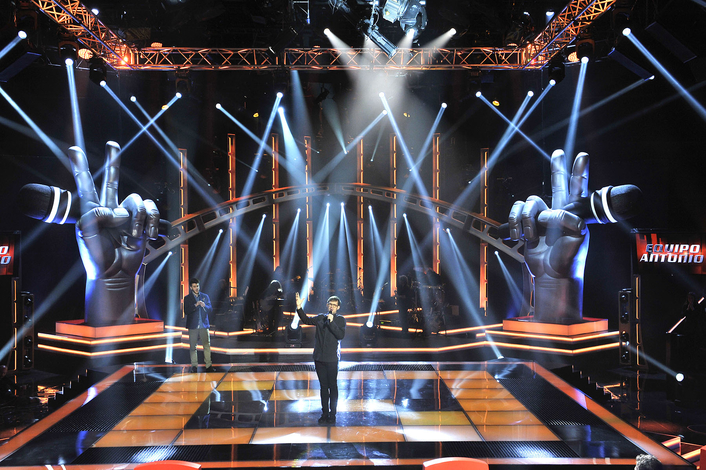 These included the high CRI of the fixture – 90 – which was decisive in enabling him to create different tonalities, especially with the reds, attaining “Unmatched” saturation and intensity. As red is the La Voz brand’s signature colour, it was vital to the aesthetic to have strong and impressive red looks and scenes.

His biggest overall creative challenge of lighting the show was to distinguish between the different phases of the contest and also to ensure that the emotions of each performance, embracing numerous genres of music, were accentuated by the lighting … a result achieved under significant time pressure.

The series is known for the high quality of its contestants, and Iñaki also had to rise to the occasion in producing some stunningly eye-catching lighting. Although the format of La Voz is well established, the producers encouraged his input in bringing imagination, ideas and suggestions to the table.

He enjoyed working with a very professional, talented and dedicated production team in an “Extraordinary” working environment which he found lively and rewarding. “Demanding and very rigorous as well … but a real pleasure at the same time”. 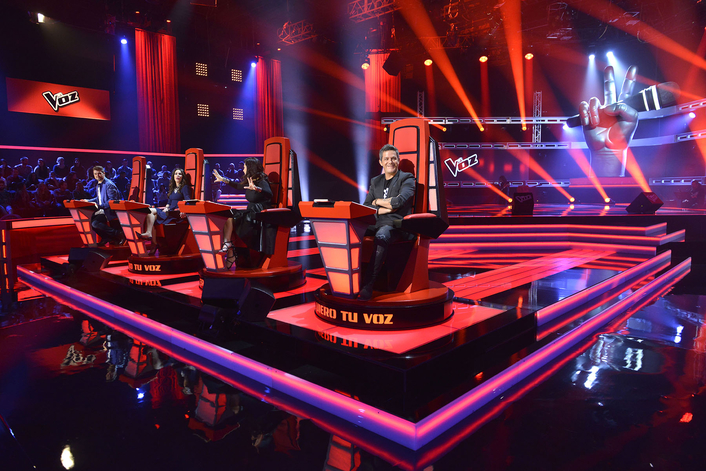 One of those he worked alongside was lighting operator José Manuel Mosteiro, whose contribution to the project was “invaluable” together with that of his lighting team generally who he describes as “Fantastic!”

The Robe fixtures were supplied to the production by Cinelux from Madrid.

Iñaki specialises in TV, events and architectural lighting and started his professional career 27 years ago at the Basque regional TV channel Euskal Telebista. He has also been working for Telecinco ever since then, as well as a freelancing for all the Spanish TV channels.

La Voz Espana 2015 was Jesús Vázquez and the other coaches were Malú, Alejandro Sanz, and Laura Pausini.