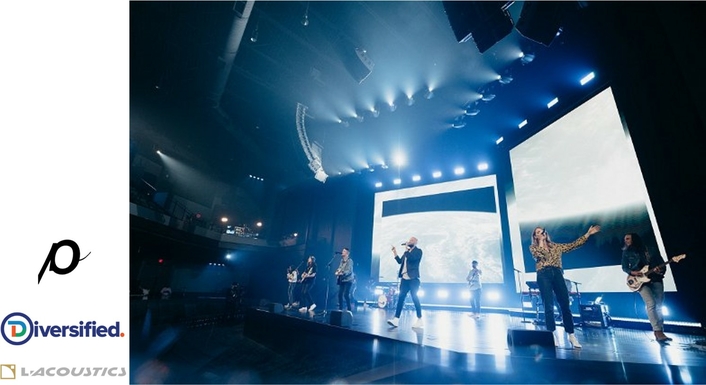 Diversified installs a K2 and A15 system that provides a nearfield-like experience and consistent coverage in an acoustically and architecturally challenging space.

Passion City Church (PCC) was born out of the Passion Movement, a decades old movement within the collegiate generation known for introducing songs that are sung all over the world, as well as vibrant, large-scale events, particularly the annual Passion Conference. This year’s conference kicked off 2021 on New Year’s Eve, engaging more than one million people online with stirring worship and teaching.

PCC was started in Atlanta in 2008 through small gatherings in homes around the city. Public gatherings began in 2009, and the first permanent location opened at 515 Garson Drive shortly after that. The church’s priority on creating highly participatory and high energy worship environments extends to the church’s second location in the Atlanta suburb of Cumberland, where it recently opened a new facility with a 1,400-seat auditorium. The new site, which features 180-degree seating spread between the main floor and balcony, gives every audience member a uniquely intimate visual vantage point; however, it also creates a huge challenge for sound. 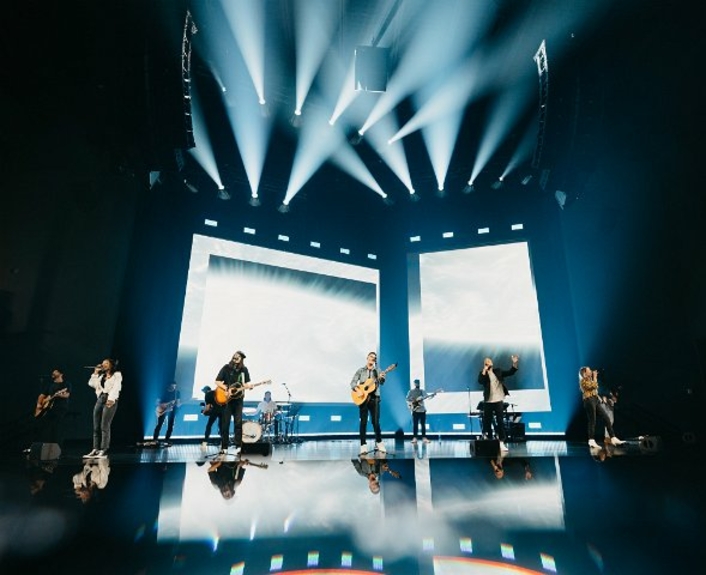 “The L-Acoustics system we have now at our Cumberland location is a great tool for addressing this challenging acoustical space,” says PCC’s Stephen Bailey

“What PCC is known for is its live worship experience, which is extremely high energy, and they are also one of the most particular clients that we’ve ever worked with when it comes to the quality of their sound,” says Tim Corder, Director of Strategic Accounts, House of Worship at Diversified, the AV systems integrator the church has worked with at its two Atlanta metro locations. “They told us that this new location had to be, quote, ‘the best-sounding room in the Southeast, if not one of the best in the entire country.’ But that’s quite a challenge when the furthest seat is only 60 feet away from downstage center in a very wide, fan-shaped auditorium, plus one that’s over 40 feet in height. And if you want to stay true to the adage that ‘the best sound comes from the least number of sources,’ then this was truly the perfect storm for a PA system.”

Using Soundvision acoustical modeling software, this sonic “storm” was addressed with a unique combination of L-Acoustics speakers, with the K2 at its core. The main arrays are left and right hangs of eight K2 plus two Kara downfills. To either side of that are left and right outfill arrays comprising five A15 Focus over one A15 Wide each, while a flown centerfill consists of one A15 Focus over one A15 Wide. A powerful subwoofer array has eight KS28 spread out in a linear arc under the stage, which itself is lined with six short-throw X8 coaxials spread out across the stage lip. The system is rounded out with one A15 Wide per side, flown vertically, as far outfills and the entire setup is powered by eight LA12X and seven LA4X amplified controllers. 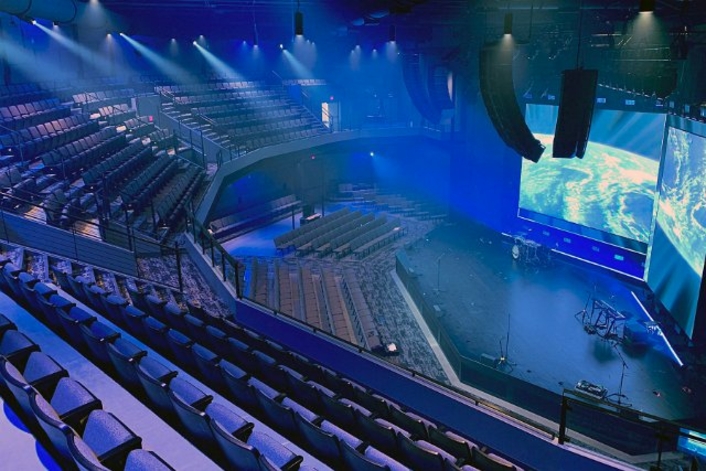 The furthest seat in PCC Cumberland’s 1,400-seat, fan-shaped auditorium is only 60 feet away from downstage center 4

There is also an L-Acoustics P1 processor installed, which combines an EQ station with delay and dynamics processing and a multi-mic acoustic measurement platform with offline delay finder and EQ modelization. The PA system is driven by the bridging of AVB, AES/EBU and analog audio with time-aligned redundant signal distribution AVB between the P1 and the amplified controllers.

“P1 is there first and foremost because their room-use model for the space means they regularly bring in guest consoles,” Corder explains. “P1 makes that really simple to accomplish. AVB is being used as the primary transport to the amplified controllers because there is an audible improvement in K2 using AVB plus P1 versus AES into the amplifiers directly.”

The PA system still complies with the “least number of sources” equation, says Corder. “Together with Passion we chose the compact K2 as the heart of the system because of its ability to move air—those big drivers are able to give us a true arena-like experience that won’t come from smaller boxes,” he explains. “Initially, we explored using three hangs of K2 to achieve the coverage needed in the room, but given the church’s experience in arenas with left/right arrays and outfills, the introduction of the A15 loudspeaker during the project construction allowed for us to hang A15 alongside K2 for a stereo system with a distinct center image that is very consistent left to right and top to bottom,” he says. “It’s really unique to be able to have enclosures and arrays of this size so close to the listeners—it’s almost a near-field type of experience that’s larger than life. It’s really intense in a great way and the sound is right there in front of you. Being able to put Kara under K2 at the bottom of the arrays helped tremendously with trim height and with the budget.”

A centerfill was its own kind of challenge, one that the new A Series speakers were an excellent fit for. “In an arena, frontfills are typically up high enough to be effective for the first few rows,” Corder describes. “But in a church, the stage is always lower, which reduces the effectiveness of frontfills. Also, in a typical left-right design you wind up with a missing slice in the center that can be as deep as three or four rows. We’ve had great success adding a small centerfill that just lifts the high frequencies in those first few rows, and the A Series fit that role perfectly. It’s been a fabulous addition for us—it picks right up right in front of the stage, does not affect gain-before-feedback onstage, and lifts the experience for those first few rows in a very natural way.” 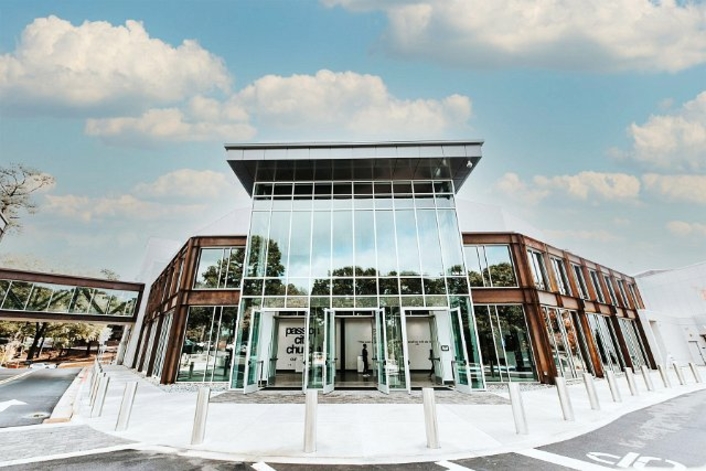 PCC Lead Audio Engineer Stephen Bailey, a tour-sound veteran who has encountered many L-Acoustics PA systems in the past, approves of the room’s new rig. “I really like the way L-Acoustics sounds, and the system we have now at our Cumberland location is a great tool for addressing this challenging acoustical space,” he says.

Corder maintains that only the tools provided by L-Acoustics could have gotten the job done, on budget and with the level of sonic accuracy and quality the client expected. “We chose L-Acoustics because of the polar stability of the products, vertically and horizontally, and the seamlessness between the arrays. That’s what I’m most proud of in this room: how consistent and excellent the sound is at every seat in what is obviously a challenging space.”