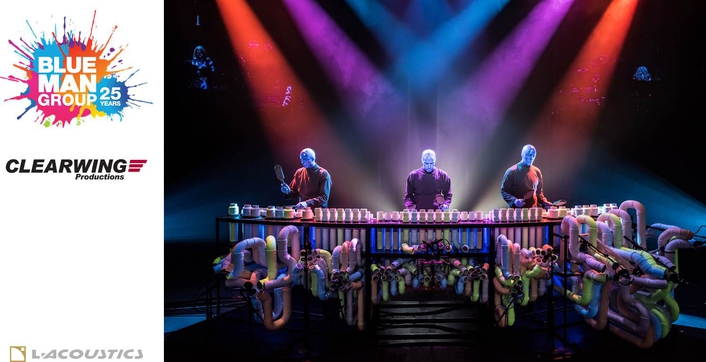 Blue Man Group, the performance company that has won an Obie, a Drama Desk and a Grammy Award nomination for its eccentric, percussive ruminations on the human condition, has popular productions in New York, Boston, Chicago, Las Vegas, Berlin and Orlando. One of the most highly attended has been in Orlando, where the production has been performing at the Blue Man Group Theatre at CityWalk at the Universal Orlando Resort since 2007.

Most recently, that venue upgraded its sound system to an L-Acoustics Kara system, provided by Clearwing Productions’ Phoenix office. The system upgrade in Orlando follows one in Las Vegas, which saw an L-Acoustics K2 rig installed at Blue Man Group’s new home at the Luxor Hotel and Casino.

“The Kara system has been an excellent move for Orlando,” says Blue Man Group Sound Supervisor Marcus Ross, who is responsible for Blue Man Group’s audio in all of its appearances worldwide, and who just returned from setting up the Blue Man Group World Tour, which kicked off in Singapore at the Marina Bay Sands resort. “The Florida venue had unique acoustic challenges and the L-Acoustics system has been a great solution.” 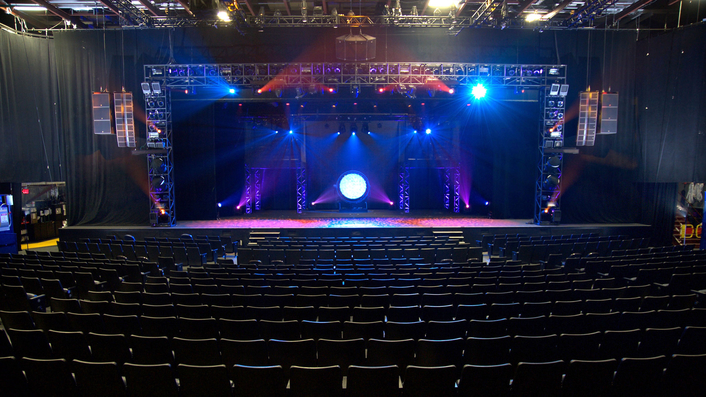 The house sound system now features nine Kara enclosures per side, in addition to three SB18 subwoofers per side. These flank a five-box ARCS II center cluster, while 5XT coaxial enclosures are used for front fills, with an ARCS Wide enclosure on either side for outfill. L-Acoustics 12XT boxes are additionally installed around the sides and rear of the room as surround speakers, and LA8 and LA4 amplified controllers power and process the entire system.

“In Orlando, we were able to install a system that gave us highly accurate representation from left to right, and the 12XT surround system gives us extremely interesting mix opportunities with the ability to image some very nice ambient soundscapes,” Ross describes. “The great part is that the sonic signature of each L-Acoustics speaker is so well matched that we don’t have to worry about the signal sounding different as we move audio zone to zone. The dead acoustical nature of the soundstage was previously a challenge. We needed a system that was able stand on its own since what you heard was speaker and not a combination of speaker and room reflection.”

“What this system design accomplishes is to get total coverage of the room and allow movement of the sound from front to back and side to side,” he continues. “It’s a full surround sound system and you get incredible localization of the sound throughout the show.” 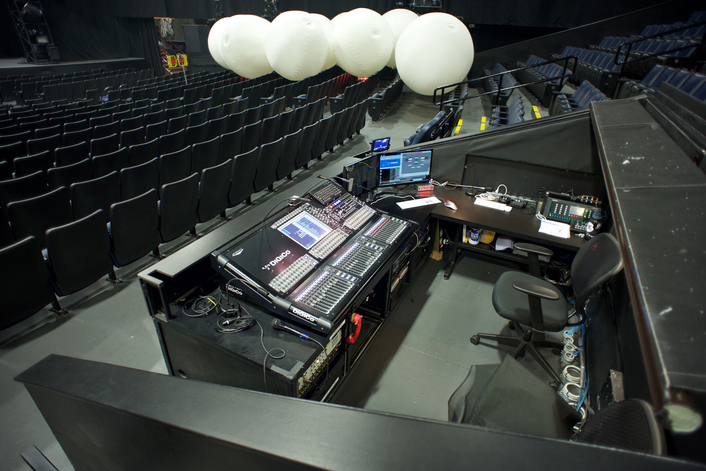 The new Kara system also revealed how much coloration the show had accumulated, as the previous system had compelled various adaptations and accommodations over time. For instance, once the new system was installed, it became clear that the microphones were adding unnecessary timbre to the sound. This led to the switch to more transparent condenser microphones, which offer the kind of fidelity the unique percussion instruments developed for the show require to shine. 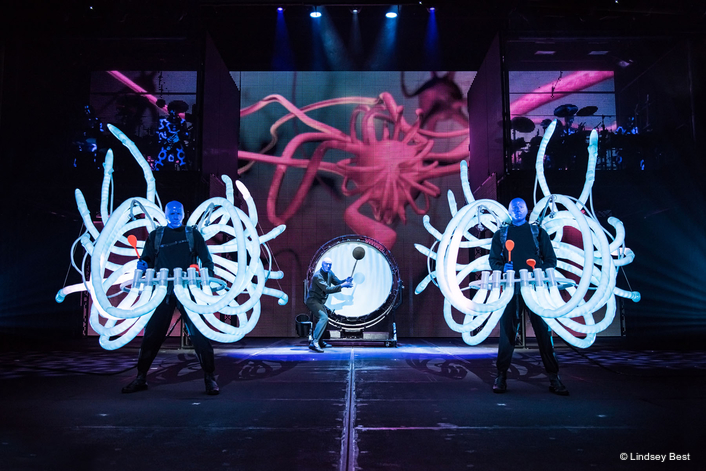 “Combined with the SD10, the L-Acoustics system sounds amazingly clear,” adds Ross. “It’s been truly reinvigorating for the show’s sound. Everyone can hear everything now, from the stage to the front-of-house position. The detail is amazing. There’s no such thing as a bad seat in this house.”