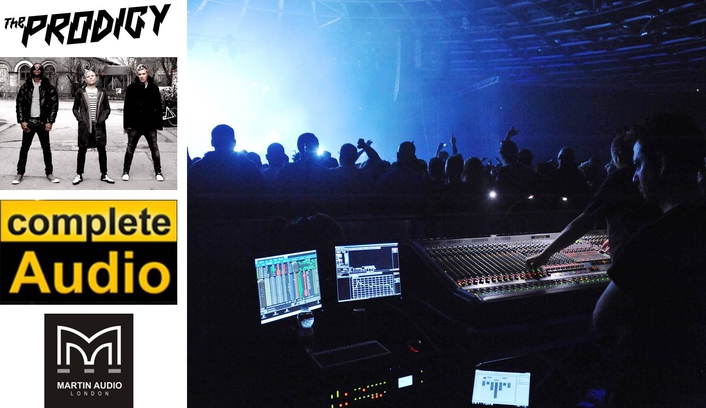 Back in 2008 Burton had called on his many years of experience to commission a custom 21in sub from Martin Audio’s R&D director Jason Baird specifically to cover that summer’s V Festivals.

But now he was at Berlin’s 12,000-capacity Velodrom — a circular building with a low ceiling, designed for indoor track cycling — and mixing through Martin Audio’s premier system with which he was already familiar, having already used MLA several times and attended training courses last year. “As an engineer I try and stay on top of all the current systems and think that the MLA concept is extremely interesting,” he stated. 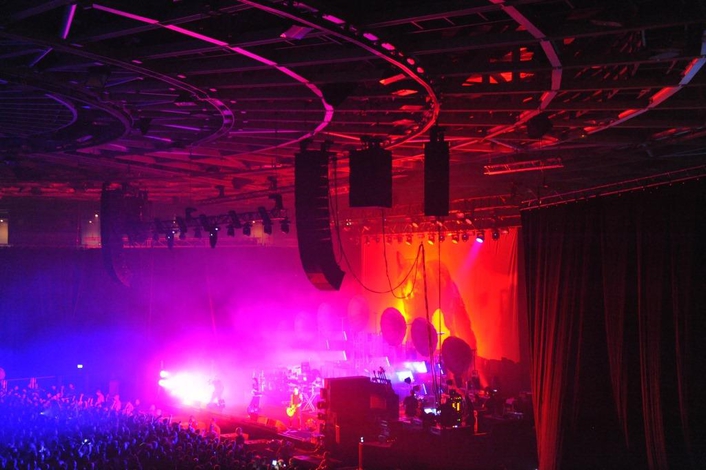 For the Berlin show, Complete Audio had been contracted by the promoter. “We provide gear for all their local shows,” explained Complete Audio MD, André Rauhut, “and have also worked with The Prodigy a couple of times previously in Berlin.”

But The Prodigy are all about the bass and the production company deployed 24 MLX enclosures — each housing two Hybrid® loaded 18” drivers, capable of more than 150dB peak output at 1m. They spread 18 along the stage apron, leaving gaps for other infill subs with a further three MLX per side flown between the main PA and MLA Compact outfills. 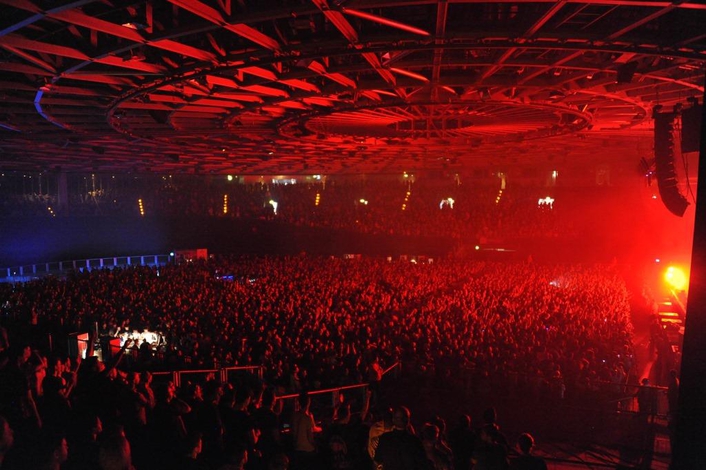 “We made the design using Martin Audio’s MLX sub-arc calculator and our main goal was to get a pretty even dispersion of the sub energy throughout the venue,” André continued. “Jon is quiet clear about what he wants and asked for a broadside sub-array — which in any case is what we would do in that kind of venue.”

While Jon Burton himself was mixing sound on a classic Midas XL3 analogue desk, helping him to optimise the room acoustics using Martin Audio’s Display 2 software were head system tech, Nils Uhthoff, assisted by Benny Franke and Martin Eckert, programming the ‘hard avoid’ features on surfaces with no audience to cancel unwanted reflections.

The result was an overwhelming success, as Jon Burton agreed. “The show went extremely well and working with the Complete Audio crew was a pleasure. The [MLA] system was well set up and the coverage was good. 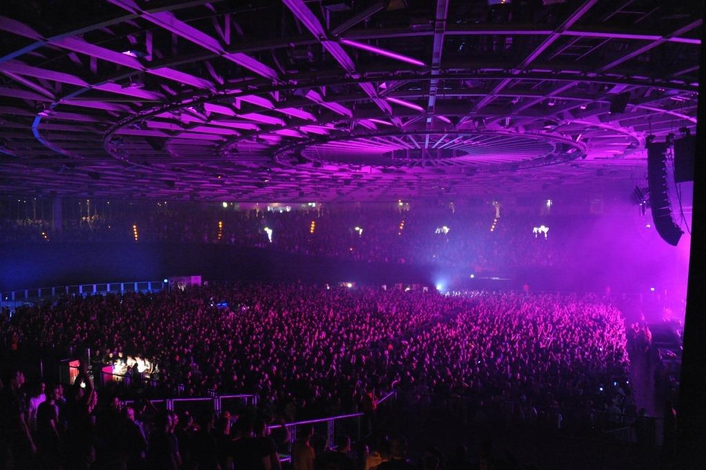 “The Prodigy rarely tours [one individual] system as we do so many festivals … but I would be happy to see MLA at any festivals we play this summer.”