JLS Exit on A High Note with HSL 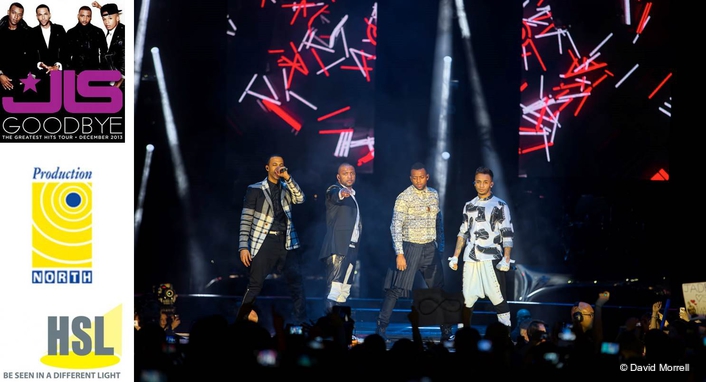 .
Hugely successful UK pop band JLS completed their final tour just before Christmas complete with a bold and vibrant lighting and visuals design by Dave Lee and lighting equipment for the tour supplied by HSL to live producers, Production North.

As the four members of JLS – JB Gill, Marvin Humes, Aston Merrygold and Ortisé Williams – are moving on to pursue solo careers and new projects five years after bursting onto the music scene as runners up on the 2008 X-Factor series. Since then they have had numerous number one hits, completed four major tours and sold over 10 million records worldwide.

Both HSL – where the account was Project Managed by Mike Oates -  and Dave Lee have been involved right from the start of JLS’s meteoric career, seeing the band grow and develop into a pop-tastic tour de force that has entertained audiences everywhere. 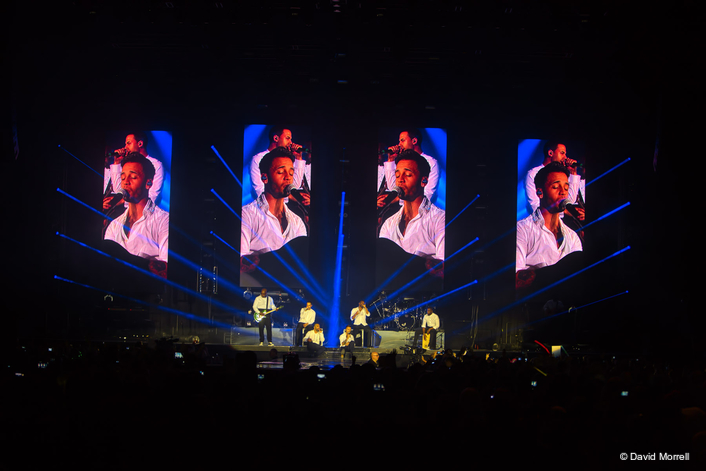 Mike Oates comments, “It has been an amazing experience being part of the JLS phenomenon … seeing their great enthusiasm for their work and dedication to their fans. Production North has developed the live touring element of their careers very carefully, with a great balance of high production values and innovative presentation”.

The starting point for lighting design on this tour evolved via Dave Lee working closely with Artistic Director Beth Honan and the Production North team who designed the stage set, which included a thrust with a star shaped B-stage at the end of it. 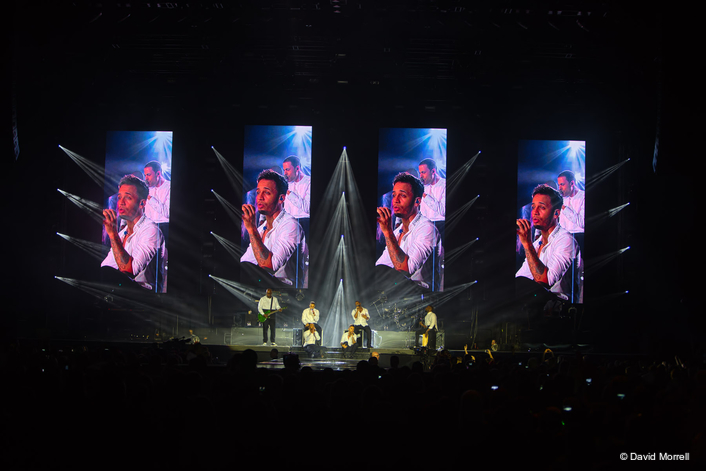 It was important to ensure that JLS fans had these final live appearances imprinted indelibly on their memories, so a real sense of spectacle and occasion was needed, and this was the starting aesthetic.

To create symmetry  and continuity, Lee introduced with four upstage columns of LED screen, one of each JLS member.
Above the stage three trusses provided lighting positions, the front one of which was split into two sections and a ‘lollipop’ truss - a 30 ft run with a circle at the end – was positioned above the thrust and the star-shaped B-stage. 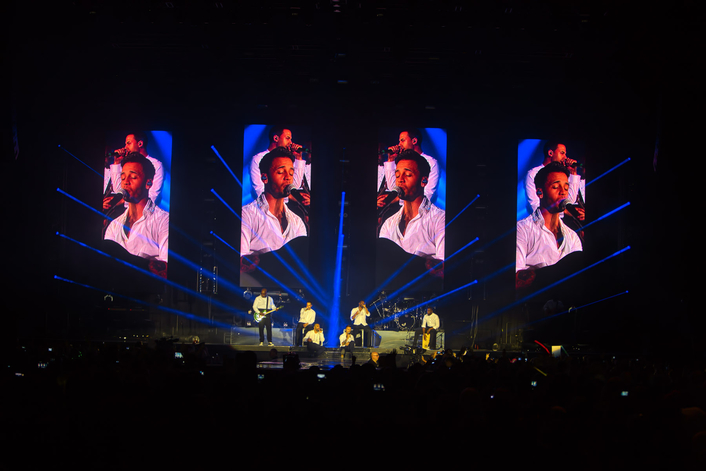 This lollipop truss flew in and out at punctuative points of the show and was rigged with eight Martin MAC 2K Wash moving lights, six MAC Vipers, eight Atomic strobes and 12 truss toners – all for the thrust and star-stage positions.

Beneath the star-stage, five 4-lite Moles were installed to up-light through the mesh grills on top.

On the front truss were MAC 2K Washes and 4-cell Moles per side facing the audience.

The three onstage trusses each measured 70 ft long and were all constructed from HSL’s Thomas Low-Pro truss. Rigged across these was a mix of MAC Vipers, MAC 2K Washes, Atomic Strobes and 2-cell Moles.

The Low-Pro trussing was chosen to aid the speed and efficiency of the get-ins and outs – as  no  rolling stage was being toured, having 90% of the lighting units travelling in the trussing itself saved  having to fork numerous road-cases onstage and then rig them in situ. 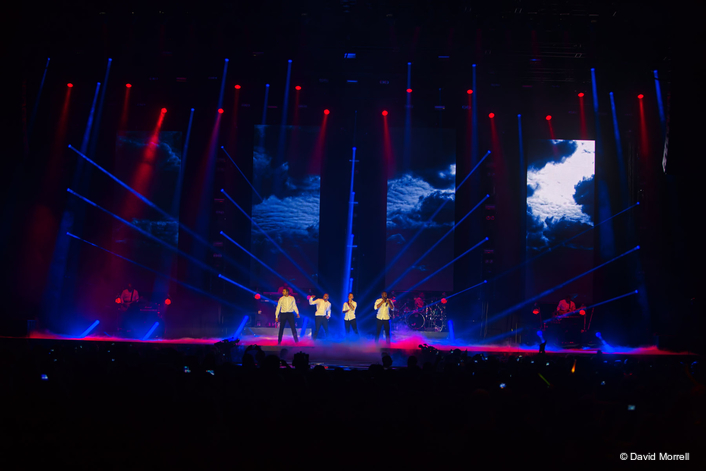 Also in Low-Pro trussing sections were five 20ft vertical towers that were positioned in between the four LED screens onstage, each flown from a quarter tonne motor.

Another eight Pointes were positioned on the deck, two on each of the four musician risers – JLS were backed by a 4-piece live band for this tour.

It was Lee’s first time using Robe’s Pointes and he is well impressed with the range and versatility of functions and effects that can be created using them. HSL has made a major investment in Pointes in keeping with their policy of offering the most popular moving lights from all major brands.

Lee controlled the lighting from his trusty Hog 3 console which he knows and loves.

Ahead of the tour, four days of production rehearsals at LH2, facilitated some intense lighting programming sessions to get the 30 songs in the set programmed into the desk, ensuring that JLS had a colourful, lively and fun visual environment in which to celebrate the highs of their careers so far. 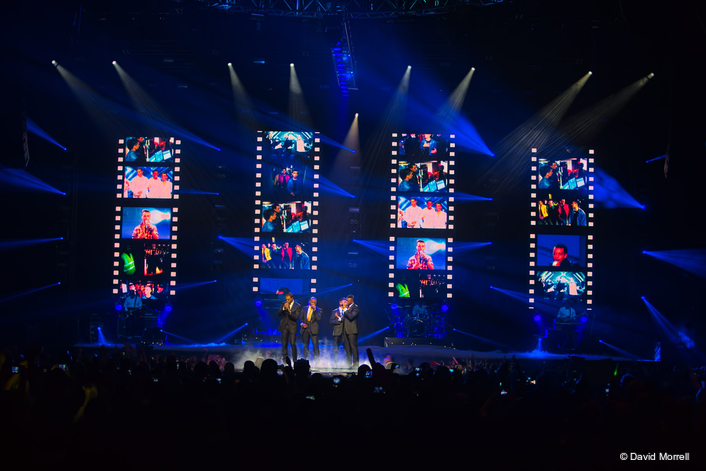 Dave Lee comments, “As always, working with HSL was fantastic. Mike co-ordinated everything we needed with his trademark style, efficiency and friendliness and looked after us really well, often going far beyond the ‘call of duty’!"

Clay Paky Sharpys Get in ...for Chase and Status Tour
HSL Rocks Into 2014 With ...ew Year’s Eve Spectacle
Size Matters for HSL At Creamfields