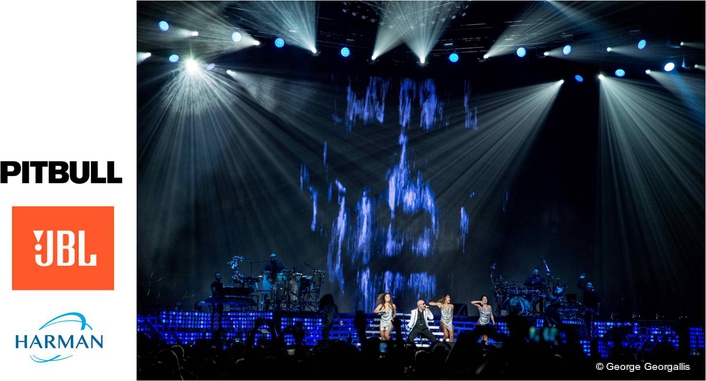 “The JBL VTX system delivered consistent sound and performance every night,” said engineer Jimmy Ibanez. “On a nationwide arena tour, it’s challenging to achieve the same sound in each different venue. With the VTX system, I didn’t have those worries. Performance Manager 2.1 gave me the flexibility I needed to optimize the sound for every section of the venue. I was able to achieve the same overall results every afternoon, and after a few tweaks I could confidently hand the PA over to Will. The outcome was a great sounding, very detailed and extremely dynamic mix at every show.”

“When we were planning the rig for this tour, the highest priority for us was sonic quality,” said Abraham D. Viera Jr., Vice President of AVS Production Group. “We wanted a system that would sound great, go up quick and be consistent in every venue. The sonic quality of the VTX boxes trumped everything.” 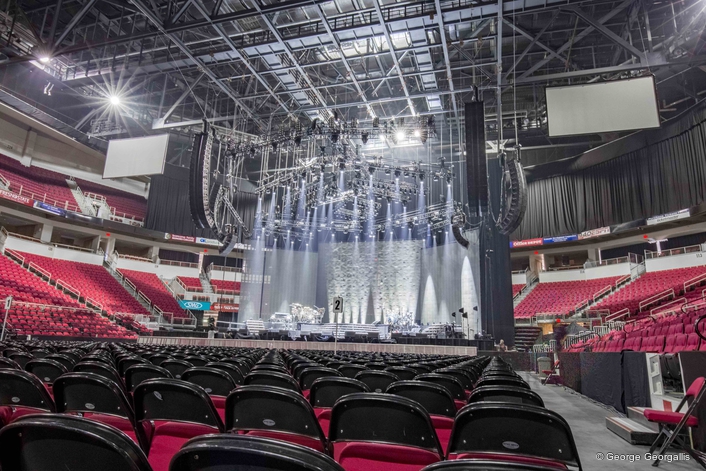 Since beginning his career in 2002, Pitbull has become a worldwide superstar. His most recent album “Globalization” won the 2016 Grammy Award for Best Latin Rock, Urban or Alternative Album, and the release reached number one on the Billboard Top Latin Albums chart.

During pre-production for “The Bad Man” tour, Madera began looking for an audio system that would enable him to reproduce the sound of Pitbull’s studio recordings on stage. When he heard a VTX Series system while on tour in Australia, he immediately called AVS Production Group and requested VTX for the Pitbull tour.

“When I heard the VTX Series system for the first time, I knew I had found my new preferred PA,” said Madera. “The clarity, body and energetic low end are unmatched, and the VTX system delivers exactly what I expect from JBL. I can open up my mix each night without having to touch my graphic EQ. The consistency allows me to give the audience the best concert experience each night. I’ve received many compliments from the artist, crew and audience.”