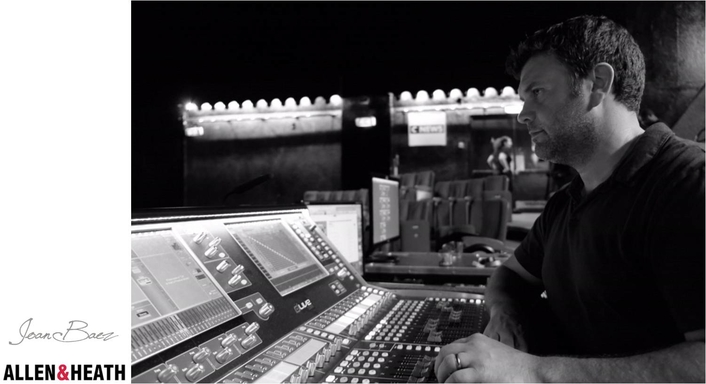 "I’ve worked for Joan for fifteen years and she’s an amazing performer,” said Raboin. “At one point, she simplified to a three-piece band and I started doing both FOH and monitors so I knew I needed a better console. I did a lot of research and talked to some people I really trust. Then, I got to demo a dLive. Even with just music playback, it sounded better than what I was using. So I went for it and it has been great.”

Raboin described the typical setup for a performance. “I have 24 inputs from the stage, with three in-ear mixes and four wedge mixes plus whatever is required for the house. And ticket demand is so high that we’re sometimes selling seats behind the stage. That results in a lot of zones to manage.” On two dates in France Raboin supplied Dante feeds to a broadcast truck and he adds, “Also, there’s a documentary film crew that’s following us around and I give them eight analog feeds from the MixRack. Having 24 analog outputs plus the AES feed has made this all possible.” 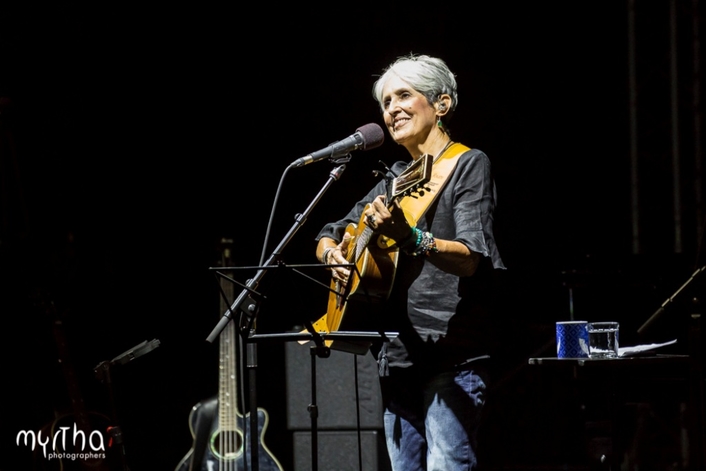 dLive fader banks and layers help Raboin manage his inputs. He uses the mixer’s internal RackExtra FX reverbs and delays for instruments and vocals and dLive scenes for specific moves. Raboin records each show from a dLive Waves card and uses the mixer’s Virtual Sound Check to help set up for each venue. “The VSC has made our sound checks so short now,” he said.

The tour carries its own in-ear and wedge monitors and Raboin noted, “Joan’s in-ear mix is mostly post-fader and I split her vocal channel so the band hears what the audience hears. The percussionist does his own in-ear mix on an iPad with the dLive OneMix app. That’s been great.”

Raboin commented, “On this tour, we’ll go from an outdoor shed to a symphony hall. And the band plays to the venue. So their dynamics can change a lot from night to night. But, the dLive has really helped. The sound quality is amazing and I feel like I’ve found what I’ve been chasing for years.”