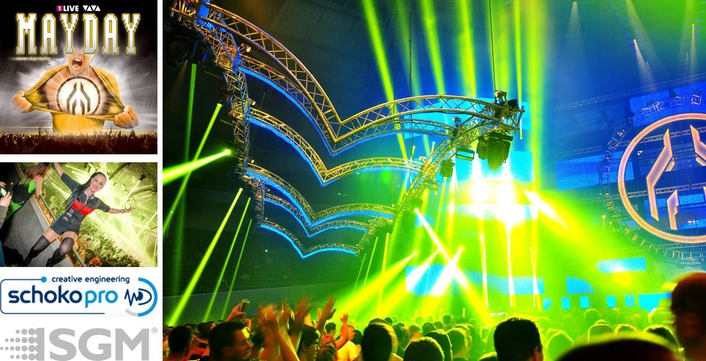 Production company schoko pro installed more than 360 tonnes of audio visual equipment for the party, designing a 4-fingered Truss-Claw and a Monster-Mirrorball as the major centerpiece from the ceiling. A special trick was the ability to move and tilt the Claw above the audience’s heads, to create permanently changing lighting effects. 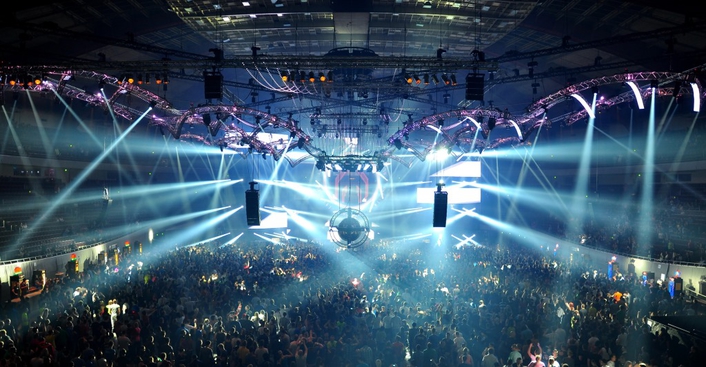 Lighting designer Thomas Gerdon, who was responsible for the design of the main floor for the second time, knows the key ingredients for such mega techno events and how to enthuse the masses. However, a lot of restraint and sensitivity is also required, to avoid drowning the dancers in a blizzard of uncoordinated lighting.

Speaking about the concept of his design and how he managed the show via five grandMA consoles at front of house, Thomas Gerdon said: "This year I focused on LED screens and effects. That’s why the shape and flexibility of the trussing was so important – they become as architecturally intrinsic to the look as any of the lighting objects.

“My lighting design follows two general principles: While the DJ is mixing, I need an atmosphere resembling a disco … darkish but with pulsing strobes as a climax. But at the same time, I need the feeling of a large indoor event, such as when live acts are performing. 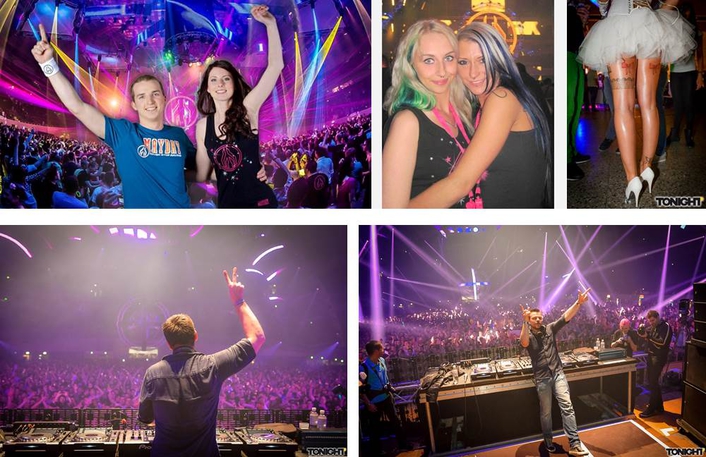 “The XC-5s are first choice for several reasons: they require only a third of the energy needed compared to a conventional Xenon, with far fewer cables (and therefore weight in the truss). We have an incredible output and very fast RGB colour mixing and changing, that gives us strobe effects never previously seen; it is very different from what has been possible in the past.“ 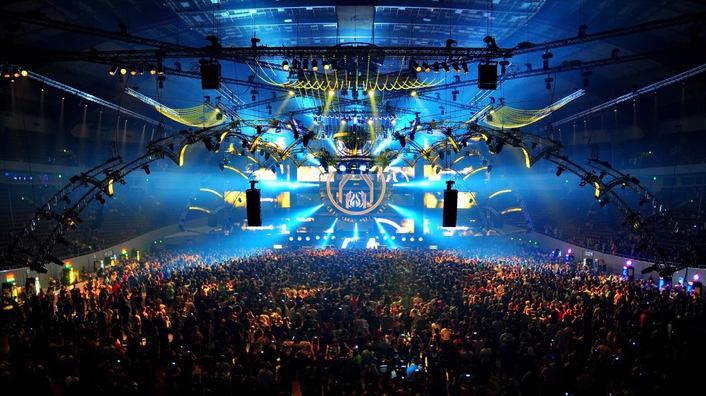 SGM’s German MDs, Thorsten Sattler and Michael Herweg, certainly have nothing to add to that endorsement other than “Strobe, Strobe, Strobe”. Says Sattler, “Everything else is done by your brain — and that switches to autopilot mode at 140 BPM! It’s the ultimate ejector into orbit!“