It’s A Beautiful Thing for Robe 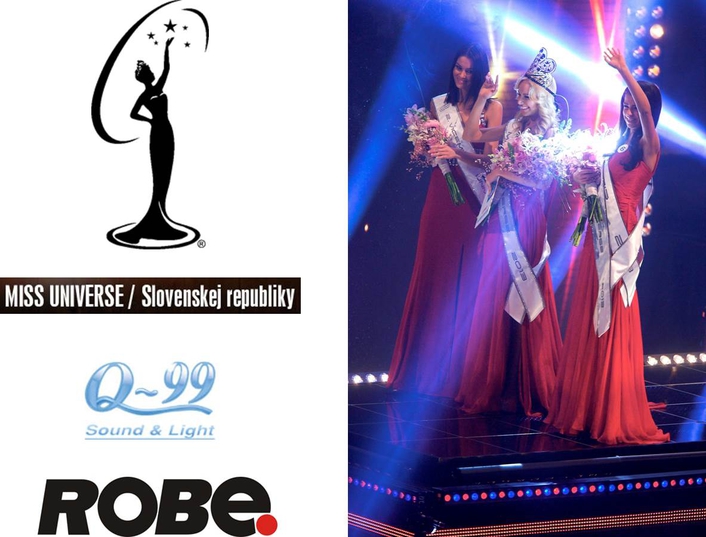 Kubanka worked closely with set designer Daniel Sichman on creating the show aesthetics which also featured a plethora of LED screens and lightsources in addition to all the Robes. The majority of the lighting and video together with the L-Acoustics Kara sound system, plus over 50 points of rigging was supplied by leading Slovakian technical solutions provider, Q-99. 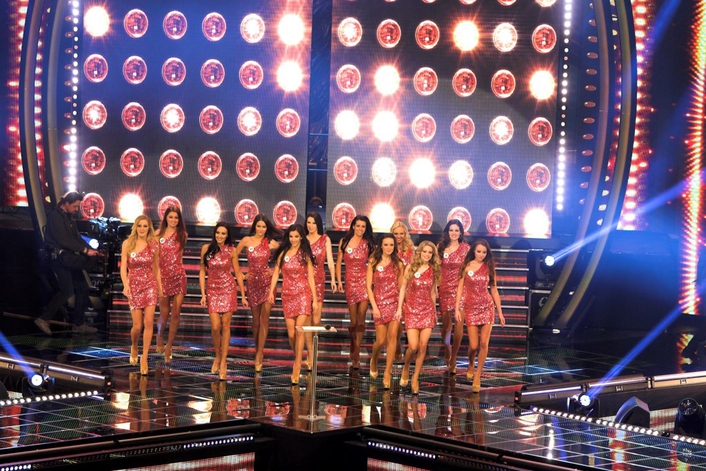 The slickly choreographed presentation was directed by Thomas Eibner, and was certainly a cut above the average beauty pageant in terms of production values.

“We have a reputation here in Slovakia of producing one of the best Miss Universe live shows and telecasts, and each year we ‘up the ante’ getting more ambitious in our use of technology,” explains Kubanka with pride.

He has been using Robe products in his work for over 10 years and now – and even more than ever with the latest ROBIN ranges - it is his moving light brand of choice.

Q-99 was an early adopter of Robe technology and has been a loyal customer through the last decade. In the last two years the company has invested extensively in the latest products, including the ROBIN Beams, the LEDWash series, MMX Spots and LEDBeam 100s.

Kubanka’s biggest challenge of the Miss Universe show is to keep the lighting looking interesting and different throughout – offering new and inventive pictures, and also to light the 12 contestants perfectly for the camera – for which they must have fabulous skin tones. For this task he used 10 carefully positioned LEDWash 1200s as 3200K soft lights in the central area of the stage.

He also worked closely with Eibner and DoP Vladimir Ďurčanskŷ in ensuring that the cameras could get a diversity shots, and that there were no ‘black holes’ in any of them. 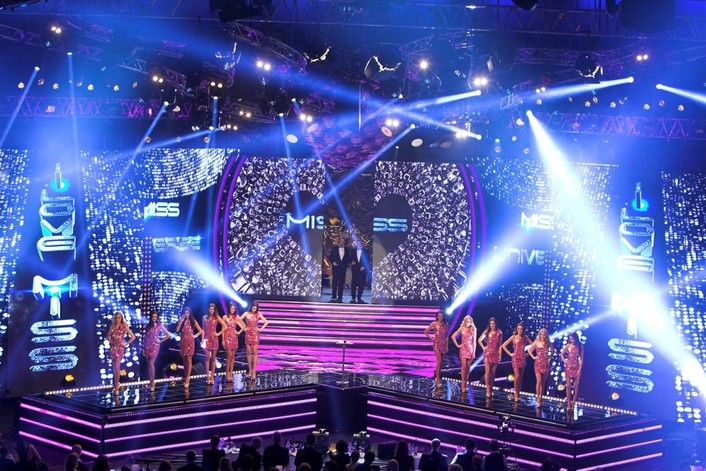 Additionally, there were also a number of entertainment sections to the event, which needed a different approach to lighting. There were a couple of ‘full production’ dance numbers and a solo performance by singer Peter Cmorik – a former Slovakian Superstar winner.

The ROBIN 600 Beams, LEDWash 600s and 1200s, MMX Spots and 300 Beams were positioned on a series of over-stage trusses, including six striking S-shaped mini-beam trusses over the mid and forestage area.

The 10 MMXs were in the back and on the upstage sections of the S-trusses, used for beam effects, as ‘sharp lights’ as well as for for texturing the floor. 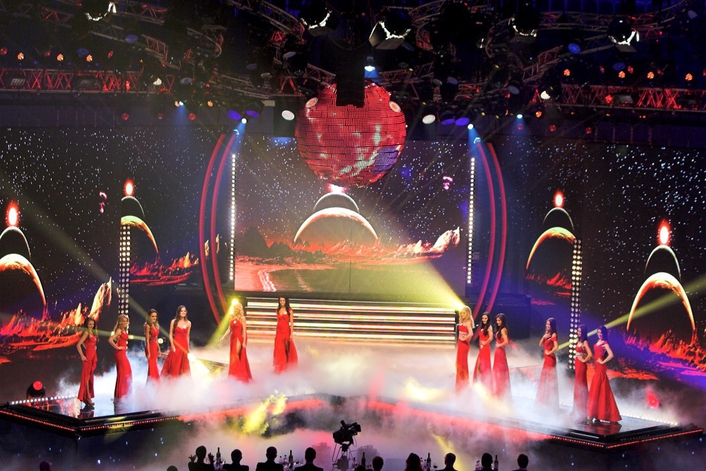 He chose lots of beam lights for the rig because that type of look is very trendy in TV circles right now. “The ROBIN Beams – both the 300s and the 600s are really bright and punchy!” he explains, adding that they needed to be to hold their own against the 120 square metres of LED screen onstage, which they did admirably, together with the MMX Spots, the LEDWashes and even the tiny LEDBeam 100s!.

On an advanced truss in the auditorium, he had six ColorSpot 1200E ATs that were used for lighting the VIP section at the front – all sitting around tables.

For Peter Cmorik’s bracing rendition of Robbie Williams’ blockbuster “Angel”, the side LED screens split apart to reveal vertical trussing loaded in with 24 additional LEDBeam 100s and some active Sunstrips – for extra WOW factor and to surprise the audience! 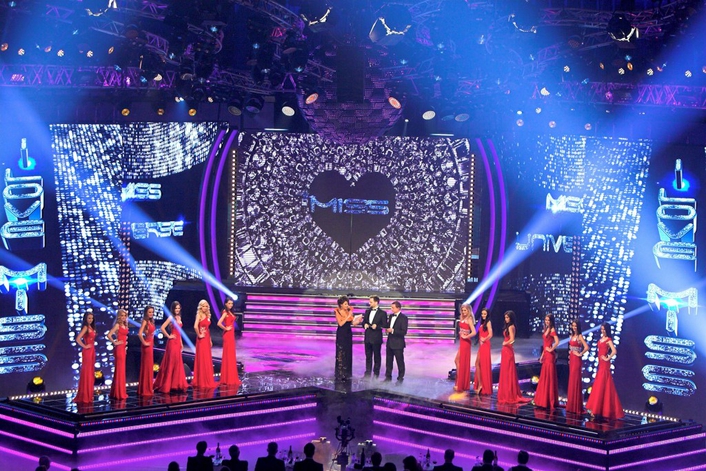 Kubanka programmed and controlled all the lighting – which included other moving lights, generics, strobes and the several other LED lightsources - from a grandMA2 full size console. Another grandMA2 full size ran all the playback video – stored on MA VPU media servers - operated by Michael Brna, and the pyro was fired from a grandMA series 1 light by Robert Plunar which included a Power Jet CO2 system.

Q-99’s Project Manager was Patrick Kvacka. He comments, “We are really pleased with how the show looked this year. Everyone involved is very keen to keep pushing ‘the technical envelop’ in the quest to get great results. Having Robes as the main moving lights is great for enabling Martin’s creativity to flourish and the crew love them because they are so reliable!”

Miss Universe Slovak Republic 2013 was won by 20 year old Jeanette Borhyová from Danube Ivanka, who will represent her country in the final, the 62nd Miss Universe Pageant.