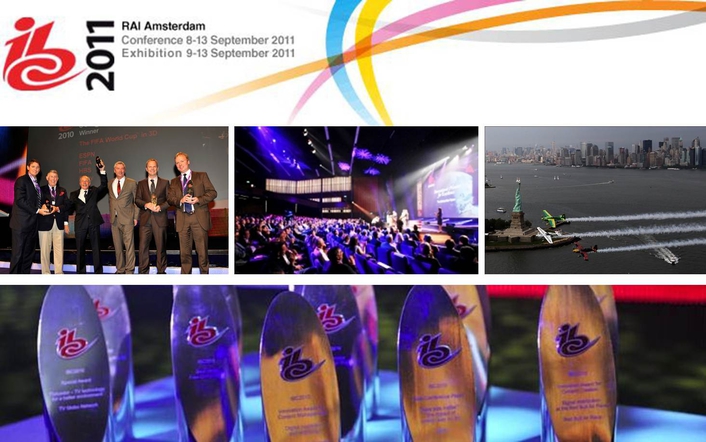 Unique awards programme recognises the power of effective collaborations
The IBC Innovation Awards are unique in celebrating not just technology but the application of that technology and the collaborations that took place to create an outstanding contribution to the broadcast and electronic media industry.

Underlining the important place that the IBC Innovation Awards now holds in the industry, the submissions for the 2011 awards were stronger than ever, representing the very best in technology and integration from around the world. It made for a challenging effort for the judges, who drew up a shortlist which ranges from live sports to prehistoric monsters in 3D, news production to innovative transmission.

The award goes to the end user of a new system, usually coming online in 2011, which represents a real development partnership between suppliers, integrators and broadcasters or production companies. There are three categories: for the most innovative use in technology in content creation, content management and content delivery. There is a fourth award, in the gift of the judges, which could be awarded to one of the shortlisted projects or it could be given to another project which has caught their eye.

There are four finalists in content creation, each in a very different field

• YouReporter, a citizen journalism initiative from RIA Novosti in Russia which is brave as well as innovative

• Post production on Flying Monsters 3D, bringing David Attenborough and pterosaurs together thanks to SGO Mistika at On Sight with Atlantic Productions, Vision3 and Sky3D TV Channel

There are also four finalists in the content management category

• Globalising workflow at Rogers, linking journalists across Canada at Rogers Media, using Quantel technology to give everyone access to all content, wherever they are

• Jupiter Tools, giving BBC journalists free access to content, metadata and editing tools wherever they are, using technology from BLStream, Quantel and Rhozet

• Digital End To End, to deliver its movies and television programming to hundreds of broadcasters, headends, cinemas and websites, drawing on technology from Accenture and AmberFin

“This really is an outstanding year for the IBC Innovation Awards, with a very strong shortlist,” said Michael Lumley, chair of the judging panel. “We have flying monsters and business graphics, news production and transmission networks, motorbikes and online delivery. Most important, all are the result of strong partnerships to identify the real issues and create innovative, practical and effective solutions.”

“The judges thought long and hard when creating this shortlist, and will have a really tough job separating them. The tension at the awards ceremony will be electric.”

The winners will be announced and the Awards presented at the prestigious Awards Ceremony at IBC, on Sunday 11 September at 18:30 in the Auditorium at the RAI, Amsterdam.