Europe's Broadcast Exhibition with worldwide attendance
IBC is the premier annual event for professionals engaged in the creation, management and delivery of entertainment and news content worldwide. The event attracts more than 45,000 attendees from 140+ countries worldwide and showcases upwards of 1,300 key international technology suppliers alongside a peer-reviewed conference that debates the hottest industry topics. 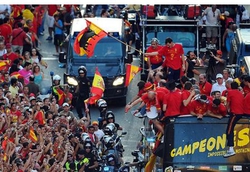 With the World Cup over, our hearty congratulations to Spain on their victory, and a reminder that IBC2010 is going to be the first and best place to assess the impact of new broadcast technologies and workflows deployed at the tournament. How did stereoscopic 3D kit perform in the rigorous schedule, and how important was Mobile TV really to viewer’s experiences of the Cup. All will be revealed at the show. Time is running out so register now and take advantage of significant savings of over €200 at the conference. 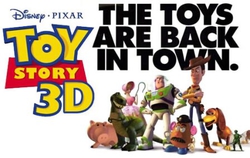 Digital Cinema has become a major part of the IBC Conference activity and each year we provide complimentary screening that demonstrates the state of the art. This year is no exception with a special Screening on Saturday 11 September at 18:30 (courtesy of Buena Vista International) of The Walt Disney Company’s Pixar Animation Studios production of Toy Story 3. The special screening will be presented in the IBC Big Screen in Dolby® Digital 7.1 Surround Sound. Seats will be allocated on a first-come first-served basis, so arrive early to ensure your place 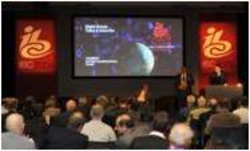 Spencer Stephens: SVP, Technical Services, Sony Pictures Entertainment has been added to the line-up for the ‘How to protect your premium content in the connected era’ conference session. Taking place on Friday 10 September and featuring a keynote by Abe Peled, chairman and CEO of NDS, the sessions look at the problems of protecting premium digital content in a world both online and connected 24/7. Annotated by recent case studies, it will look at the difficult balance between promotion and protection, and is sure to be a fascinating session. 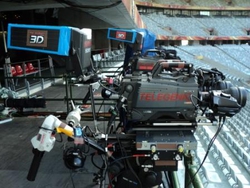 Cross-cutting the Content Creation & Innovation and Business of Broadcasting streams, Saturday 11 September takes a good long look at the current state-of-the-art of sports broadcasting. Two sessions look at the two highest profile events on the global sporting calendar, namely the Olympics and the FIFA World Cup. How did stereoscopic 3D technology perform in South Africa and what new innovations are we likely to see in two years’ time at London 2012? Then there’s an examination of the implications of IPTV for sports broadcasting, plus a look at some of the pioneering work done covering NASCAR motor racing in the USA. The Conference Programme has the full details, but book your seats early. 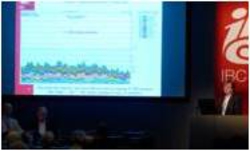 One of the most unique things about IBC is that its free, Added Value conference stream is as rigorously peer-reviewed and relevant to the industry as the rest of the conference. Nowhere is this more evident than on Tuesday 13 September, where three far-reaching morning sessions delve into some of the most important issues facing the industry in 2010. These cover developments in D-cinema, the case for adopting 1Gbps broadband for domestic consumers, and a two part session organised by the EBU that summarises all the hottest topics at the show – including everything from the future of digital radio to how far away 1080p/50, 60 is from mainstream production. 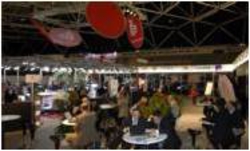 The Production Village in Hall 11 is the place to visit if you want hands-on experience with the latest cameras and camera accessories. 3D Rigs are understandably popular this year with models on show from several manufacturers including StereoTec and PIIX 3, while Panasonic have also committed to showing a range of their latest equipment. The free Training Programme is also in place, covering everything from shooting on a DSLR to managing batteries on location. These are popular sessions, so book your place now to reserve your seat.

While we can’t promise to turn you into a Toy Story animator at the show, we can offer some excellent free showfloor demonstration sessions in post production techniques in Hall 7 – at the centre of the post community in the RAI. The Post Production Zone was first launched last year and was a stunning success, with hundreds of IBC visitors attending demonstrations featuring the cutting edge products that drive the post production industry. Registration opens on Tuesday next week.

Manufacturers on the Big Screen 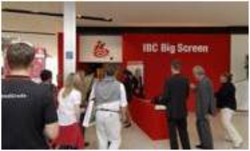 One of the biggest advantages to having a giant cinema screen at the centre of the RAI is that manufacturers in the D-cinema space can actually show their products off to their very best advantage. Whether it be in the field of cameras, projectors or post production, over the years many companies have used the IBC Big Screen to demonstrate new techniques that have changed the face of the industry. ARRI and Assimilate are amongst those that have confirmed demonstration slots for this year, with more to follow.