HSL Shares the Power of Love with Sam Bailey 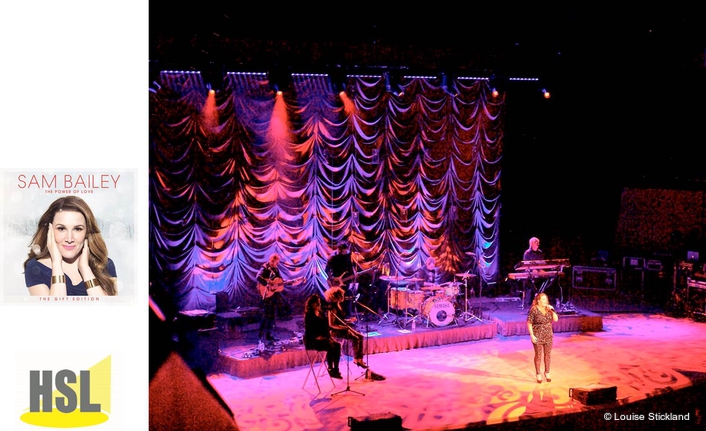 .
HSL supplied lighting equipment and crew to the current UK tour by  X-Factor winner Sam Bailey, who followed up her 2013 win and subsequent Christmas number one with her chart topping “Power of Love” debut album in spring last year.

This was her first headline tour and it visited a selection of venues including theatres and concert halls, with an eye-catching lighting and set design by Andy Hurst.

Andy’s aesthetic for the stage was based on classical theatrical / cabaret club looks with a contemporary twist … and very neat and stylish it looked too! 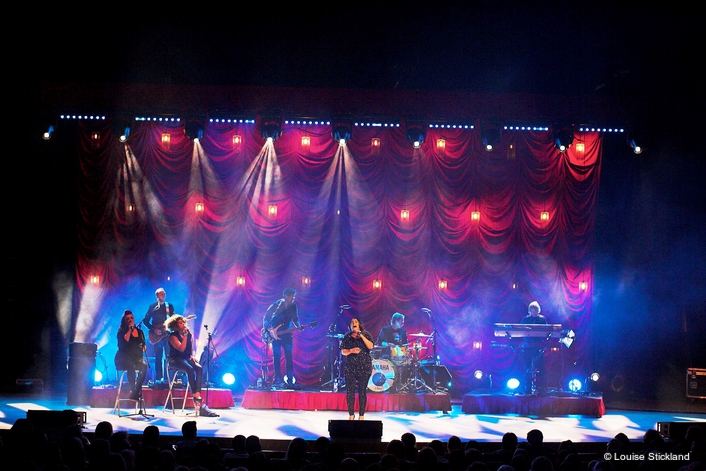 A sumptuous red Austrian drape upstage was paired with matching truss borders and riser skirts, which provided a great setting for Bailey’s lively stage presentation which blends pop, soul, cabaret and a bit of rock in an entertaining set full of crowd pleasers for her fans. 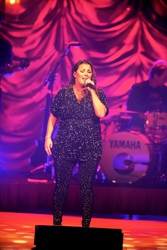 The lighting rig needed to be flexible and adaptable to fit into the variety of different stage spaces, and was based around two trusses and a selection of lights that were all worked extremely hard explained Lighting Operator Tim Fawlkes, who looked after the tour on the road for Andy and HSL.

The 40 ft front truss was joined by a 46 ft rear one – the wider span was needed to accommodate eight Robe CycFX 8 moving LED battens rigged directly underneath the front rail. These were used to skim down the Austrian curtain as well as for creating big blankets of light sweeping across the stage.

The main profile moving lights were Martin MAC Vipers, chosen for their power and shuttering, and these were all positioned on the back truss, used to illuminate the stage and band, plus creating a myriad of gobo looks and texturing on the stage floor.

On the front truss were Mac 3 profiles, used for hard edged specials, and seven Source Four profiles for keys on the band and Bailey, together with eight 4-way linear moles, rigged vertically for audience illumination. Bailey likes to engage her audience – with whom she has great rapport -  at several points in the show.

On the floor at the base of the Austrian drape were eight Robe LEDWash 600s, which washed up the drape and also back-lit the band. These were selected for their small size, light weight and excellent colour mixing. They were alternated with the CycFX in lighting the backdrop, and the two types of fixtures were also combined which completely changed the appearance of the drape despite its deep red colour. 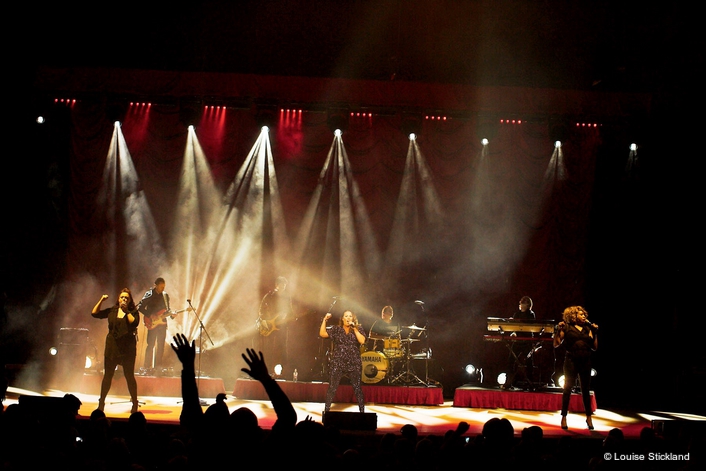 To introduce a bit of sparkle, Andy decided to have 20 x ‘Birdcages’ juxtaposed against the drape.  This custom fixture first fabricated by HSL last year features a thin metal wire cage with a vintage filament bulb suspended in the middle. Hung at four different levels on drop wires, these introduced a touch of quirkiness.

“Everything had to fit into one truck and there were 21 songs in the set, so it was absolutely about maximising every light the whole time,” commented Andy.

The atmospherics maintained a jazzy, smoky vibe courtesy of one of HSL’s new Base Hazer Pro rack mounted machines, which together with a seriously pokey fan, was highly effective. Tim comments that it’s “Really robust, designed and built for touring”

Tim worked alongside Steve Major the lighting tech for the tour, and ran the lighting using a new Road Hog Full Boar console.