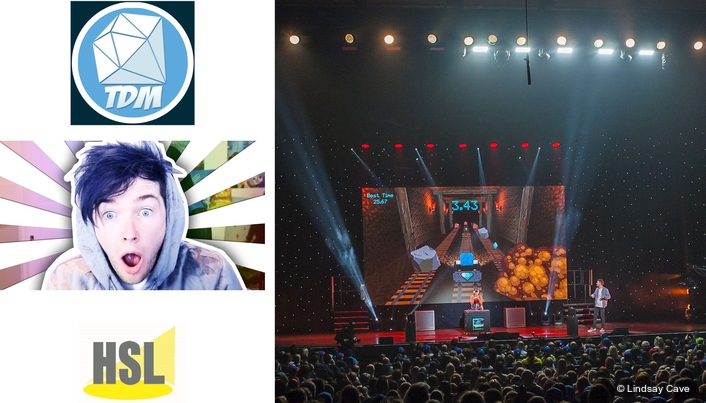 HSL enjoyed the thrills and hi-energy exhilaration of supplying lighting and rigging for the Endemol produced DanTDM UK tour, for a lighting design crafted by Sam Wright. Sean McGlone and John Slevin project managed for the Blackburn UK based company, with technicals on the road co-ordinated by production manager, Jason Culverwell.

DanTDM is a professional gamer and You Tube star with around 13 million subscribers enjoying his TheDiamondMinecart, making it a top UK You Tube channel which has so far received a staggering 8.4 billion views! Needleless to say, the tour which ran from June to November sold out everywhere it visited.

The producers commissioned award winning theatre, film and TV director Ben Woolf to develop a live show which could tour, putting DanTDM in front of thousands of fans, interacting, and entertaining them with a series of special games. 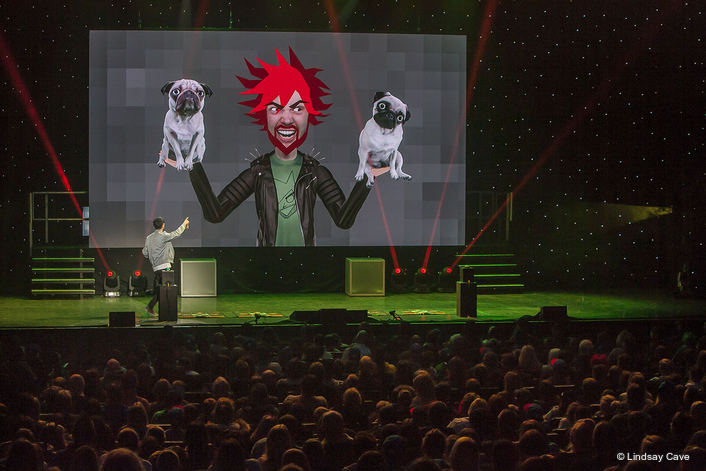 His core audience, aged 8 – 14, are wildly enthusiastic about seeing and meeting the almost virtual character, engaging with him and playing games live … and they are also a demanding audience to impress in a live presentation context.

The show format – including integration of production elements like lighting and video – was initially developed during three weeks in a TV studio in Milton Keynes, and Sam’s brief was to match the video screen with colours and textures and help bring the stage space to life, enhancing the vibrancy and huge anticipation. 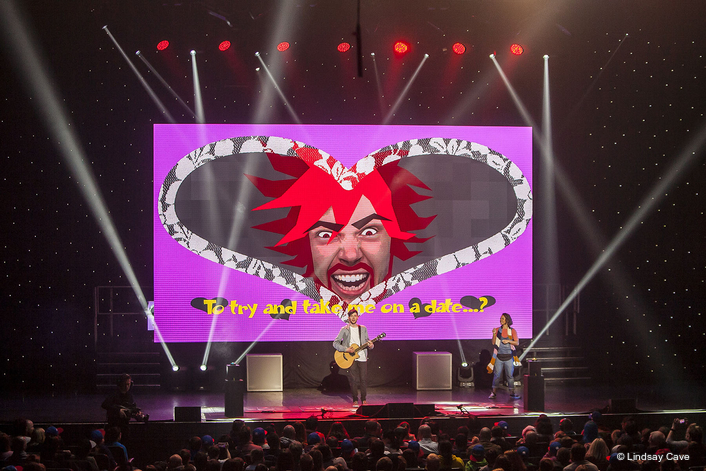 Three lighting trusses – front mid and back – provided lighting positions, starting at the back just downstage of the video screen, with eight Robe Pointes and five LEDWash 600s on this rear one.

The Pointes were vital for producing numerous spectacular and whizzy aerial effects and some mega beam-work which drew everyone in to the action. The LEDWashes were used for their standard application of washing the stage very efficiently.

On the mid truss were another three Pointes and four LEDWash 1200s which provided premium key light. Two Martin ZR33 smoke machines with AF1 fans blasted the atmosphere down onto the stage. 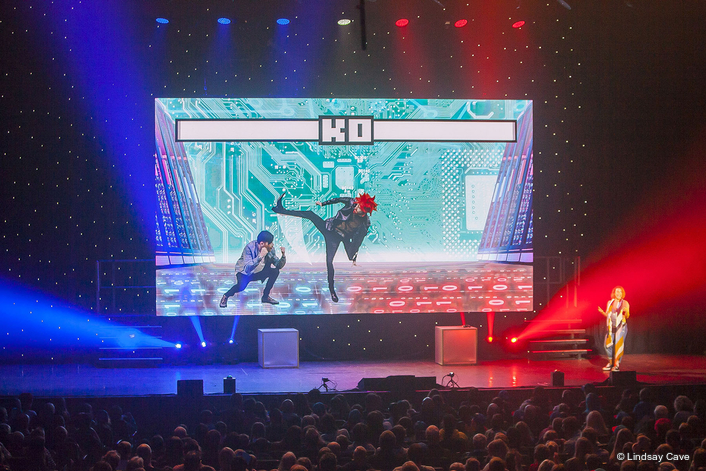 For some contrasting low level side lighting there were four ’ballet-booms’, two per side, concealed in the stage wings, each rigged with a ProLights Eclipse profile on the top and two Philips Showline PAR 150s. Made from 2.5 metre scaff tubes mounted on heavy duty floor bases, these were a neat and effective way of providing additional side lighting.

Also on the deck were another six Pointes, located upstage in front of the video wall, and used with the Pointes in the air, they worked hard and constantly especially during the gaming sections of the show. 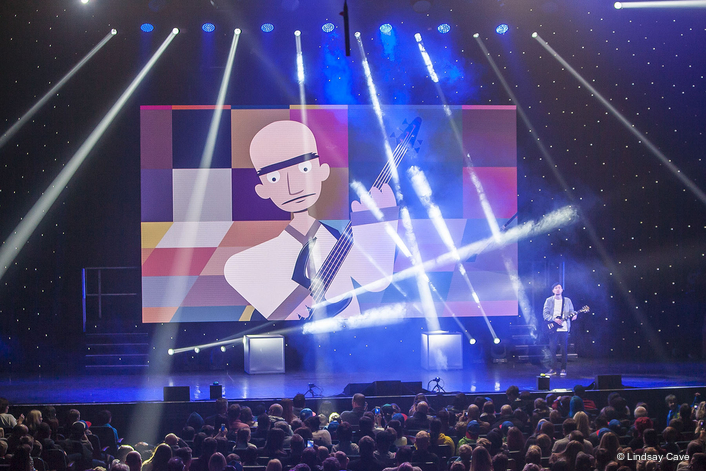 Ramping up the atmospherics onstage were two Base hazers, and for the larger venues, a Cirro Mk3 system also kicked in.

Two venue house follow spots were used for most of the tour, with HSL suppling two Robert Juliat Cyranos for the final UK shows at London’s Hammersmith Apollo.

For control, Sam’s console of choice was a grandMA2 light with OnPC for backup.

HSL also supplied all the necessary rigging for lighting and for the video screen, and Sam crewed and tech’d the entire lighting rig himself for most of the tour. 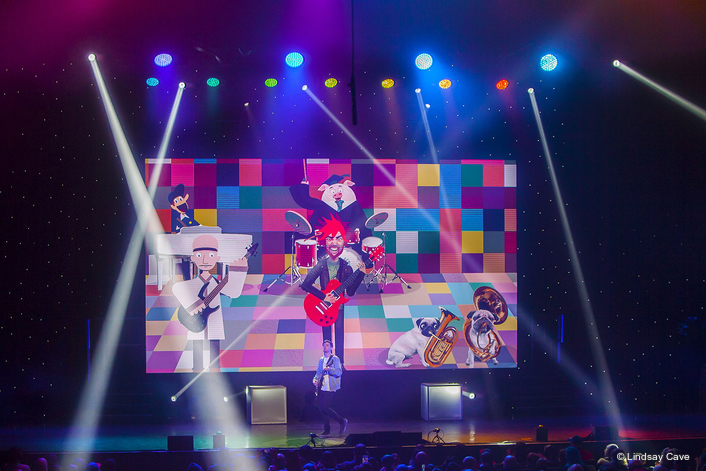 As The Hammersmith show was recorded for DVD additional equipment and assistance was on hand, with Harrison Cook and Darren Curtis joining Sam. They helped accommodate the 12 extra LEDWashes on the front truss, two RJ Manon truss follow-spots and seats flown upstage above the video wall to keep them out of the camera shots, and 12 x MAC Aura LED washes deployed for back lighting the crowd and looking cool in the reverse shots!

Having to be ready for a 1 p.m. show each day was tight as the show needed to be precise, but it was also designed to be as straightforward as possible.

Sam has worked regularly with HSL on numerous shows and theatre tours. “They are a great team, the prep is always thorough, the kit’s in great condition and it’s a pleasure to deal with everyone there!” he concluded.