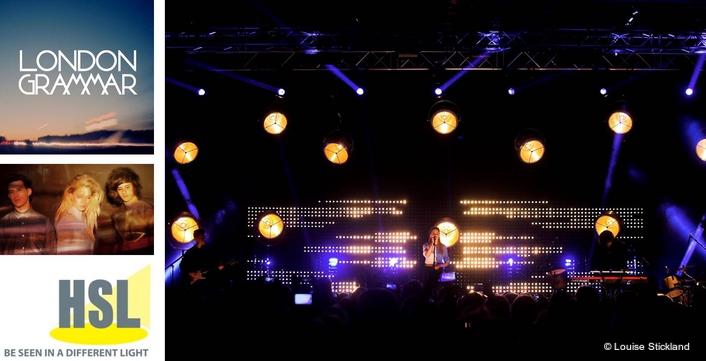 On the tour, HSL supplied a new GoldPix 77 LED surface. This is a 500 X 500 mm panel populated with 7 x 7 warm white LEDs with very narrow beam optics, which is incredibly light, robustly built and ideal for touring and making a high visual impact.

The tours stylish and off-beat visual design was created by Steve Bewley, who rose to the challenge of producing a scalable and flexible rig that would look good wherever they played. The heterogeneity of venues on the tour included some more unusual places and spaces, and all the kit also had to fit into one 26 tonne truck!

Bewley, well known for his innovative work with Enter Shikari, Shikari Sound System, & Dizzee Rascal started with a 9 x 2 metre strip of GoldPix 77 upstage which was sub flown just off floor level from the rear truss. "It was ideal for moody back lighting," he explains adding that the Goldpix screen array was “Super quick to set up – as we did it from scratch every day”.

The LED was deliberately kept at a low level so it helped keep the performance space intimate, and it was run at 1%, such was the brightness! The semi transparency of the GoldPix 77 surface was maximized by through-lighting from seven Robe LEDBeam 100s on floor stands behind the screen … which also added depth and a bit of industrial edge to the stage.

Fourteen Clay Paky Sharpy and eight Sharpy Washes were the main moving lights and essential workhorses of the rig. In the full rig configuration seven Sharpies were on the back truss with the rest on the floor to keep a clear looking stage with clean straight beams of light.

Bewley liked their colours and beams; they were punchy enough to hold their own when the LED was active and compact enough to be tucked away inconspicuously amongst the back line.

The most noticeable fixtures on the stage were 12 x JTE PATT 2013s, their distinctive brushed aluminium dish like appurtenance adding a scenic dimension to the show.

These were rigged with a gentle asymmetry, three were attached to drop arms on the back truss, four on the mid truss (house trusses were utilized where possible although they were carrying their own)  and the rest were on the floor on different height stands.

They looked extremely cool! But when lit up with the sharpy washes they came to life on stage.

Front lighting was minimal in keeping with the whole oeuvre of the show characterized by Hannah Reid’s emotive vocals underscored by strong ballsy backing riffs, with just six Sunstrips - two per band member - as footlights. These did all the facial lighting, again emphasizing an intimacy and closeness as the set unfolded.

For some shows the band were joined onstage by a string quartet who were also lit with more Sunstrips.

Bewley controlled all the lighting using a grandMA2 light - his desk of choice - and also ran video content for the LED stored on a grandMA VPU. The screen was used judiciously and when it came alive, a whole additional layer of illumination cheekily jumped into the mix.

The show was a beautiful collage of offbeat colours, beams and suggestion, both mirroring and complimenting the power and intensity of the performance.

Bewley worked alongside his crew of Tim Spillman and Andy Rowe, and the tour was Project Managed for HSL by Mike Oates and Ryan Hopkins.

Ryan Hopkins says, “It is always a great pleasure working with Steve, he brings an edgy and fresh approach to every design and the end results are stunning!” 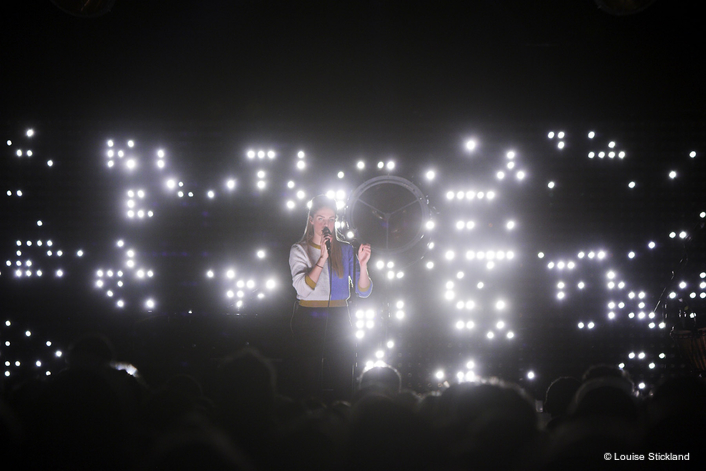 Bewley has worked with HSL frequently in recent years and comments, "They are friendly, flexible, efficient, really helpful … and make sure we get everything we need – absolutely top service!"

Production rehearsals were minimal but Bewley was able to set the rig up in one of HSL’s prep bays and complete some pre-programming which gave him an advantage at the first gig which was also in one of the most challenging venues on the itinerary!

Nothing Impossible for HSL with James Arthur
JLS Exit on A High Note with HSL
HSL Rocks Into 2014 With ...ew Year’s Eve Spectacle