.
Blackburn UK based lighting and visuals specialist HSL renewed its long standing working relationship with Massive Attack supplying a floor package to the European leg of the band's 2014 summer tour which kicked off in Sofia and Istanbul and played a series of headline shows and festivals.

HSL Project Manager Mike Oates comments, “You can rely on Massive Attack shows being provocative, different and innovative … and this was no exception. It’s almost like a piece of installation art - a production and a team with whom we are always happy to collaborate”.

Lighting was designed by Tim Oliver who has worked with Massive Attack for several years, the last three as lighting designer. His starting point for lighting was the visuals set up with is vital to any Massive Attack live performance, which for this tour comprised a set of upstage rotating horizontal screens, a concept developed by Video Designer Icarus Wilson-Wright and United Visual Artists (UVA).

The overall visual design included having lights in front of and behind the screens, and the rig was also designed to be ultimately transportable and quick and easy to set up in festival scenarios. As always with any Massive Attack show, back-lighting was an underpinning aesthetic, all part of retaining a sense of mystery and a bit of magic. 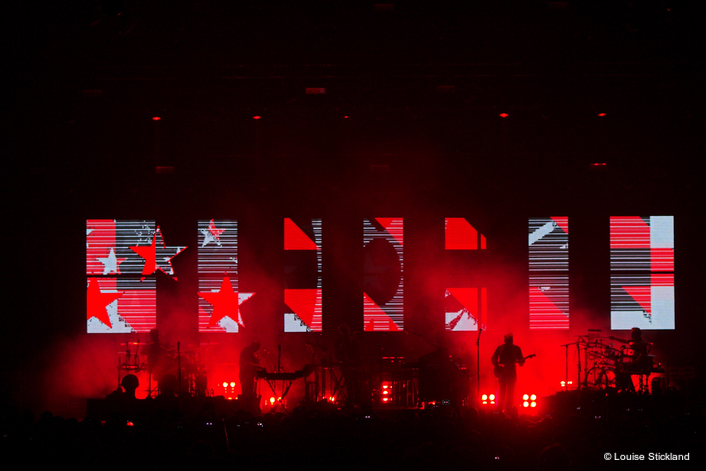 There were two levels of lighting upstage of the screen - on the top level were 12 x Clay Paky Sharpy Washes, five 2-lites and four Atomic Colours.

On the lower level, just underneath the bottom row of screens, were another five Atomic Colours and four 2-lites.

On the floor directly underneath the screens were 12 x Clay Paky A.leda K20 B-Eyes which were used for back lighting through the band. They played a dual role - as a standard lighting fixture, and also pixel mapped source fed video via a grandMA VPU server. (Completely separate to the d3 server used to feed content to the main screens). 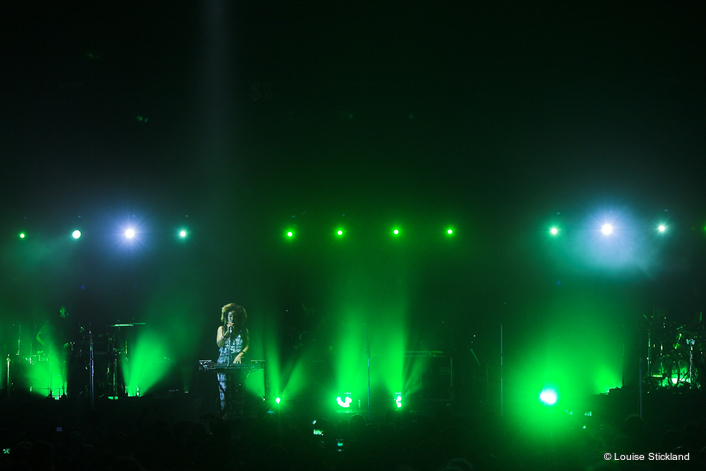 On the same plane were three 8-lites with scrollers.

There were six Atomic strobes with scrollers upstage one 8-lite carefully sited behind each of the three screen dollies for back lighting the whole screen structure.

Side lighting was dealt with by three Sharpy Washes each side of stage plus another two Atomic Colours. 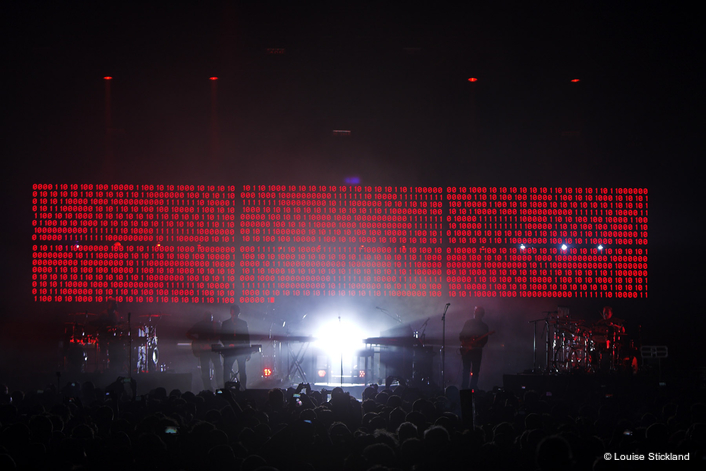 Oliver operated the show using a grandMA light size which was part of the touring package from HSL, with two VPUs and two NPUs the latter merged and running ArtNet.

Special dollies were designed by Tim Oliver in which all the lights could be rigged for travelling and quickly deployed onstage when at the gig to make the lighting package show-ready, which was an essential prerequisite for festivals.

The 12 Sharpies on the screen structure - also built by Litestructures - were also integrated into it for traveling. The screen itself was supplied by XL Video. 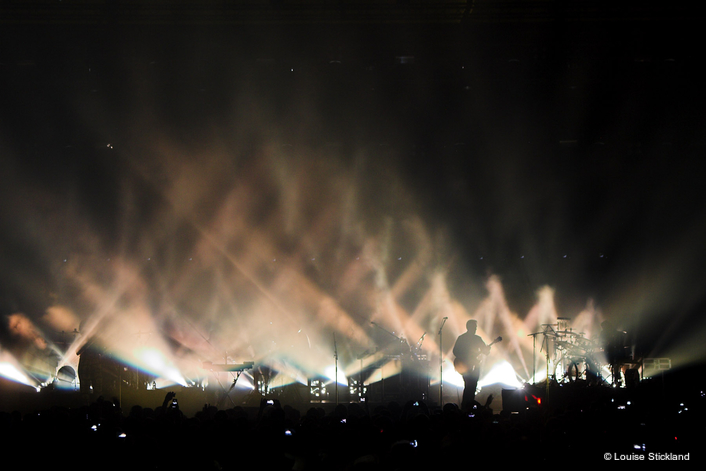 The full rig spec – sent to promoters to be provided locally - and supplied by HSL for the band own shows in the UK, included five overhead trusses.

On the first at the front were six Vari*Lite 3500 Washes and six 4-lite Moles: on truss 2 were five V*L 3500 Washes used as beam lights directly down on each band member; on truss 3 were six V*L 3000 Spots plus five Atomics and 2-lites; the fourth truss features another six V*L 3500 washes focused directly downwards onto the back line, together with five V*L 3000 Spots, four Atomics and four 2-Lites; and then finally on the most upstage truss were 12 x V*L 3000 Spots spaced exactly in line exactly with the B-Eyes on the floor and the Sharpy Washes behind the screen. They were joined by four more 2-lites and five Atomics. 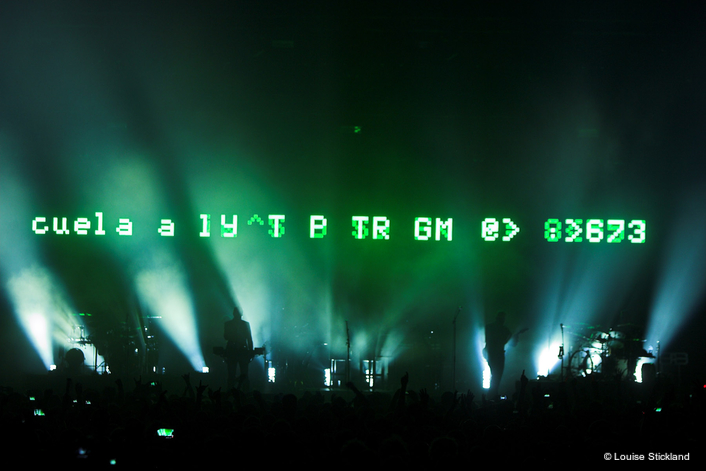 The intricately crafted lightshow was full of contrasts – from stark moodiness to delicate moments - to complement the information being shared via the screen. As with all Massive Attack shows, the performance involves engaging people’s brains as well as them enjoying music ... a bit of a departure in terms of visuals to a standard band performance.

There were only two songs where the overhead moving light beams visibly moved - the visceral and challenging 'Safe from Harm' and the haunting 'Angel'.

Beforehand HSL’s massive warehouse facility in Blackburn was utilised to do a technical rehearsal for the floor package which facilitated a full and thorough prep and saved time and stress at the first show.