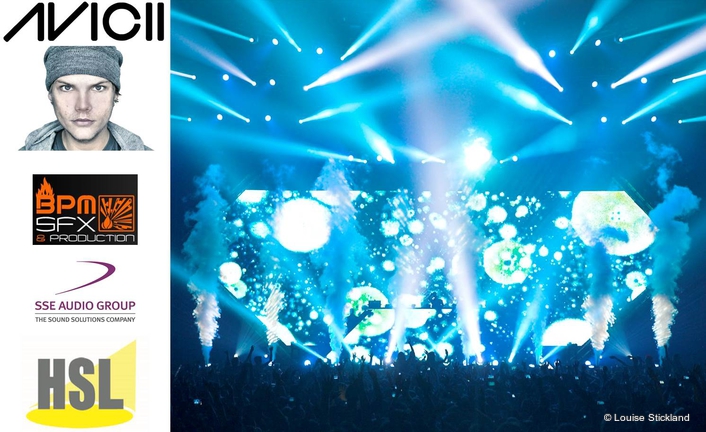 HSL supplied lighting equipment and crew to the recent Avicii tour, once again working with Tour Director Curly Jobson and Production Manager Robin Scott following a successful collaboration for the Swedish House Mafia. Says HSL Project Manager Mike Oates, "We were very pleased to be involved in this tour with another  leading EDM artist with an awesome stage show and high production values right at its core".

The stunningly visual Avicii show was designed by Simon Barrington and Ian Tomlinson, both renowned for their innovative and stylish work in the EDM genre. The show was directed live by Video Artist and VJ Harry Bird, and was a high-octane collage of lighting, video visuals, pyro, special FX and lasers, energized together in real-time with Avicii’s invigorating set.

The overhead lighting was rigged on two 20ft front trusses and a 65 ft back truss which also acted as a cable bridge. Upstage (each side) was a chevron shaped truss flown on inverted motors, and in the space between these structural elements were six finger trussing flown in a gentle arc. 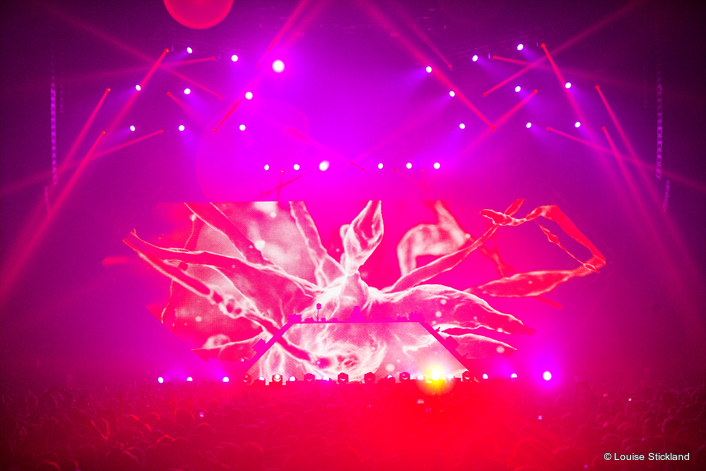 Positioned on each of the six fingers were three Martin MAC Aura LED washes and three Clay Paky Sharpies, together with an Atomic strobe and a 2-lite on the audience end of each one.

The front truss was rigged with three Atomic strobes and four 2-lite Moles, while the back truss had six Clay Paky Sharpies, six Martin MAC Aura LED washes and three Atomics, and each of the sub hung chevron trusses was rigged with six Atomics and  outlined with Chroma-Q Color Block DB4 flexible LED battens. 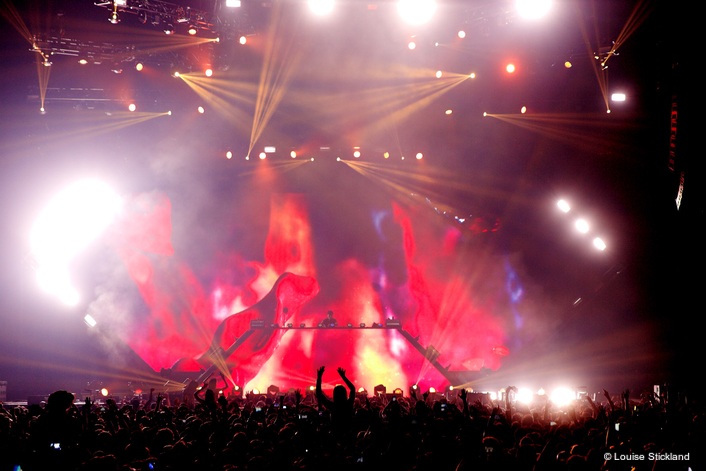 A total of 195 Color Block DB4s were on the tour. They ran all up and down the two chevrons and along the diamond shape front of the DJ booth, adding a vibrant sense of  architecture to the lighting!

Flown upstage of the back screen was the Avicii logo sign, constructed from another 70 x Color Block DB4s, that shone through the screen towards the end of the set.

On the floor were eight Martin MAC Vipers tucked in behind the DJ booth and eight 2-lites along the back of it, which were utilized for punctuative ‘blips’ and accents. In a straight line along the front of the booth were six more Atomics, 12 x MAC Auras and eight Sharpies which were used for blasting out and scanning the crowds. 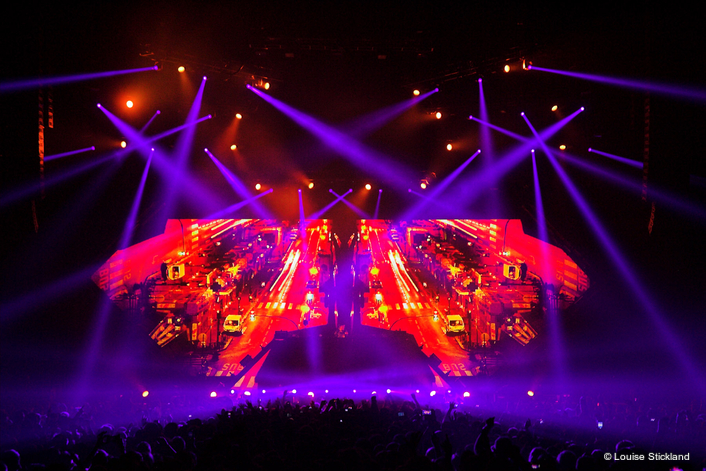 Right across the very front edge of the stage 12 PixelPARs were carefully positioned  to light the CO2 jets which added an extra and new dimension to the effect, and finally, to low-light Avicii (Tim Bergling) himself were two Chroma-Q Color Force12 LED bricks up in the DJ booth.

HSL supplied trussing and motors for all the lighting, video and sound, and flew the 60ft upstage Pixled F-12 LED screen from XL video.

Lighting was operated on the tour by Chris van Bokhorst, using a grandMA2 full size. 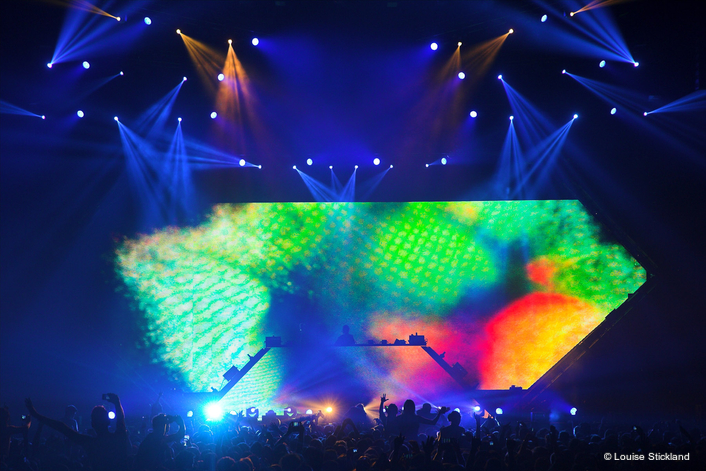 There was an intense synergy between all four visual departments, plus the added frission of anticipation of the set varying every night and no-one knowing ahead of time exactly what he would play!

HSL's crew Chief Nigel 'Skippy' Monk was joined on the crew by Mark Scrimshaw on dimmers, James 'Jam' Such and Steve Bliss. 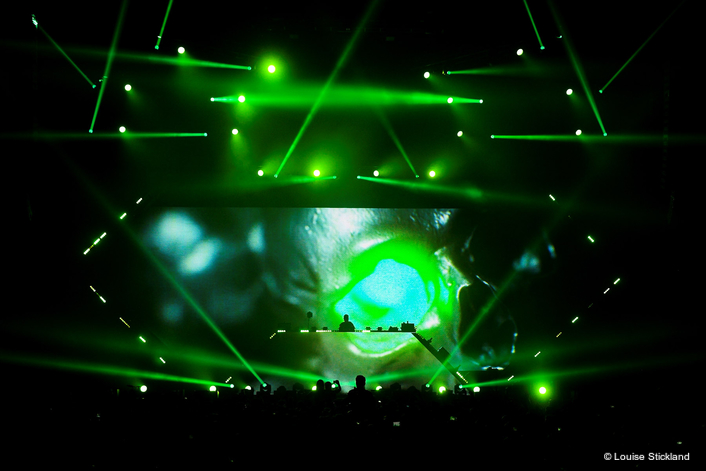 Skippy commented, "It's always a pleasure to take a rig out of HSL. Everything is impeccably prepped and in tip-top condition and Mike makes sure that we have all the back up and support we need at any time".
Special effects and lasers were supplied by BPM and audio by SSE.