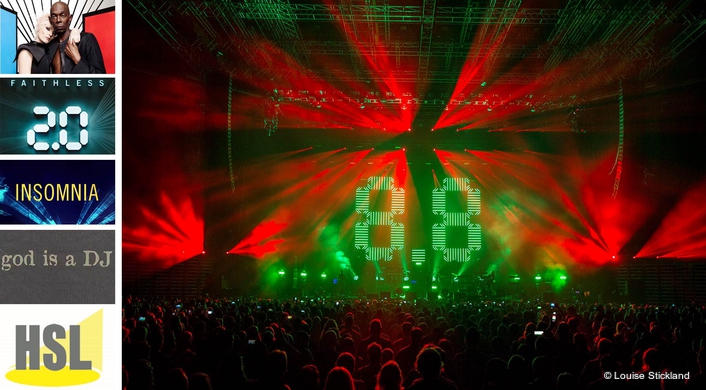 Faithless hit on the road again in 2015 after a four year break, taking their infectious dance rhythms to an eager public celebrating 20 years since the formation of the band in the heady 1990s, when rave culture became a defining musical genre of the late 20th century. Faithless have left their stamp on the scene with rousing electro anthems like “God is A DJ” and “Insomnia”.

Andy Hurst was asked to create a visual concept and Blackburn rental company HSL supplied lighting equipment which included an investment in 300 Martin VDO Sceptron 10 LED battens, which were rigged on custom structures to form a giant ‘88’ digital clock face.

The large digital figures were an idea that Andy and Sister Bliss from the band had thought about in the quest to have something different from conventional video with large screens and content onstage. When the dialogue with Andy started, he suggested that an impressive low res LED sign could be utilised for a number of different visual elements including writing the new album title, 2.0. 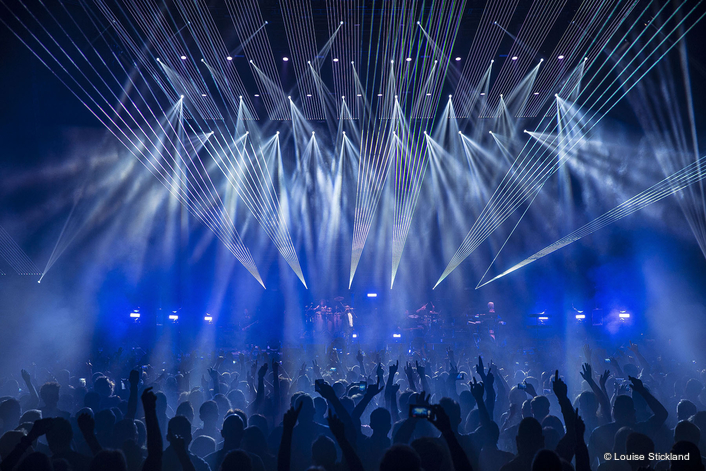 In addition to looking distinctive, this had to be a practical concept to physically get on and offstage in 30 minutes during festival changeover slots in the summer … before it moved up to arenas for the autumn.

Once the idea was settled, Andy proposed using 264 Sceptrons for the sign which he’d seen launched at LDI 2014, and HSL went ahead and made the investment.

“It was important that this feature looked structural, and using the Sceptrons I knew I could effectively have a full 10mm LED screen that looked highly dynamic and interesting in its own right and was also extremely versatile as a set piece,” he explained. 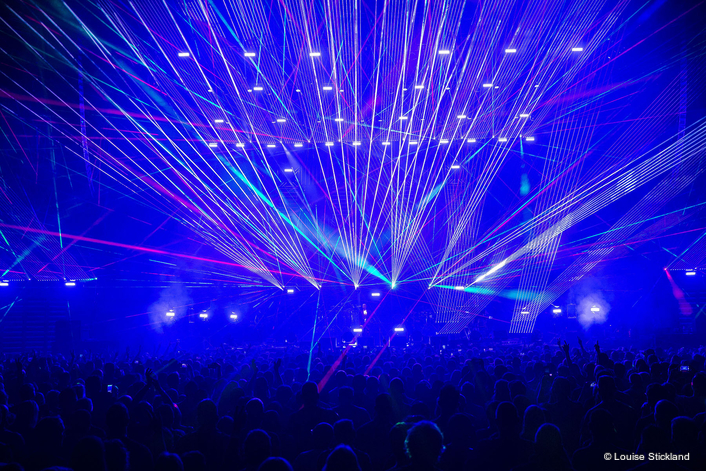 The Sceptrons were fed with video content - produced by Comix - via a Catalyst media server triggered from the Hog 4 Full Boar console running the lights which was operated on the road by Richard Larkum. The video materials were abstract and organic which worked fabulously well in producing the atmospheric, non-narrative aesthetic that the band wanted.

Andy also wanted to have an intense laser show … both for sheer impact and to use as an alternative effect that was different and fresh, deciding on 25 x Beam Bursts and 28 x Lazer Blades on various trusses, some 18W RGBs at the back on the floor all provided via ER Productions. The Pangolin lazer control system was also triggered via the Full Boar. 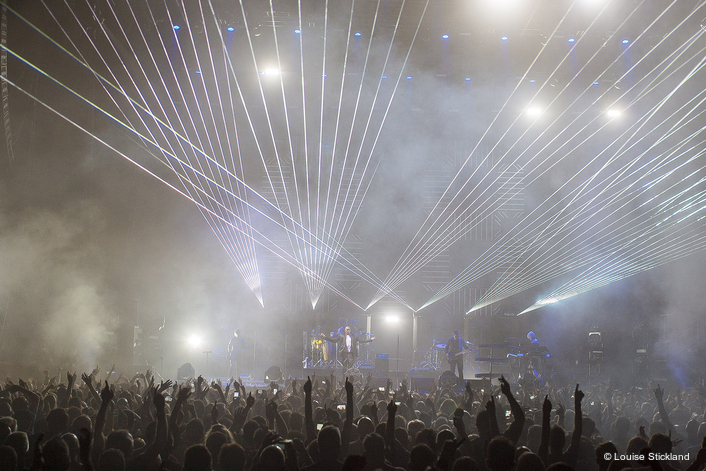 When it came to choosing lights, Andy wanted a number of beam fixtures to compliment the lasers and a load of LED strobes to contrast them, for which he chose 50 x Philips’ RGB Nitros which also worked as a hi-energy wash source across the whole area.

In the roof HUD-style pre-rigged trusses were installed and, together with six 3 metre high truss towers on the stage, were rigged with 44 x Clay Paky Sharpies and 24 x Martin MAC Auras, with all the cabling and connectors traveling in the trusses making it extremely quick and straightforward to get in the air each day.

Twenty-four High End Shape Shifters were dotted around the forestage area on stands and on the floor to provide another layer of high-impact LED lightsources. 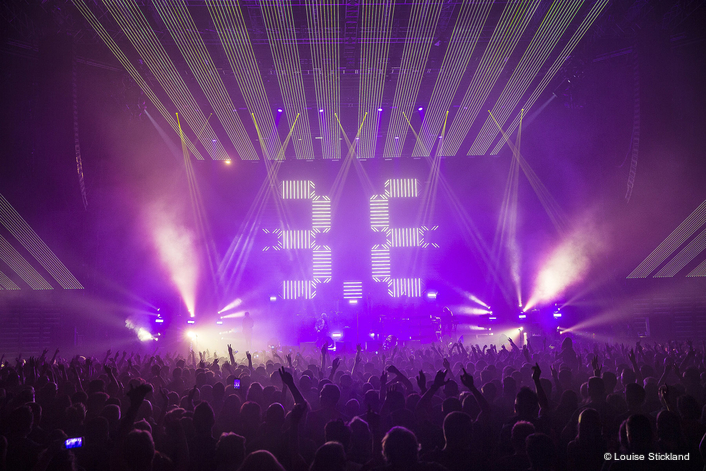 While IMAG video was not part of the show look, Andy felt the performance space, when the show stepped up to the arenas, needed extending to the sides, so traditionally there would be IMAG side screens, two additional trusses were flown and loaded with Sharpies, lasers and strobes.

HSL’s project manager and co-ordinator was Jordan Hanson. The company also supplied two front truss follow spots, plus crew members Steve Bliss and John Trincas who joined Richard on the tour, which started with production rehearsals and a gig at the Rockhal in Luxembourg in May … and has just completed in UK arenas. 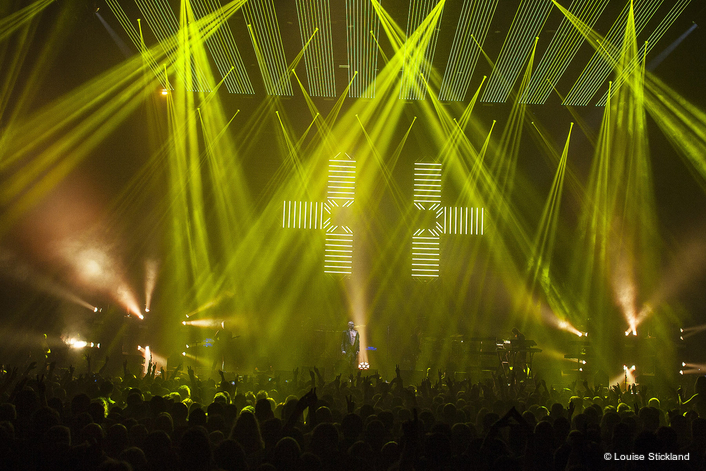 Everything was fully prepared beforehand in the warehouse at HSL, and Richard and Andy engaged in some previsualisation so they could make the most of the short rehearsal time before the arena leg started.

The tour’s massive success was mirrored by the popularity of the new album which hit number one of the UK album charts … proving there is still plenty of love out there for one of the most exciting and original electronic bands.