.
Legendary electro rockers The Prodigy continue to enthral fans with their incredibly visceral and hugely energetic live shows, igniting some more serious noise on the road with their new “The Day is My Enemy” album, the worldwide campaign for which kicked off with UK and European dates plus an innovative lighting and visual design by Andy Hurst.

HSL supplied all the kit as the band stormed an eclectic selection of venues, the tour effectively providing a warm up for the summer festival tour. With this in mind, the design incorporated a floor based back-wall that will also function as a stand-alone package on festival shows. 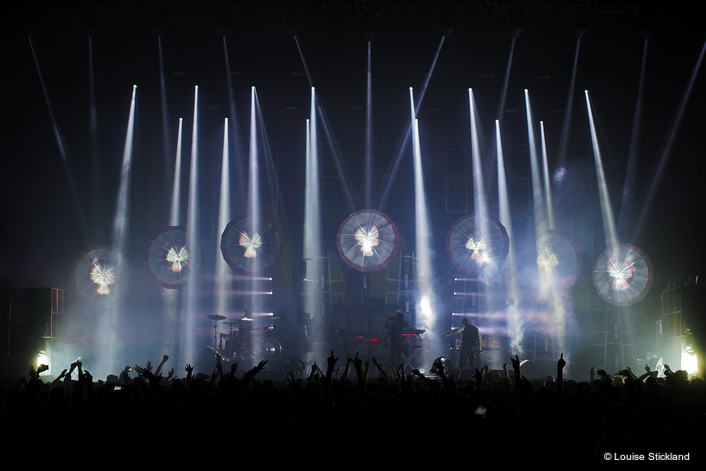 The rig contained several customised elements including seven ‘transmission’ towers (14 for the largest shows at London’s Alexandra Palace) which HSL commissioned Alpha Fabs from Worcester. “I wanted something distinctive that was simultaneously structural and scenic,” explained Andy, “As well as bringing an edge to the show’s visuality”.

On this leg of the tour, 28 High End Shape-Shifters were rigged to ladder beam trusses at the back and 34 Ayrton Blades – specially purchased by HSL for the tour - were rigged on the towers. 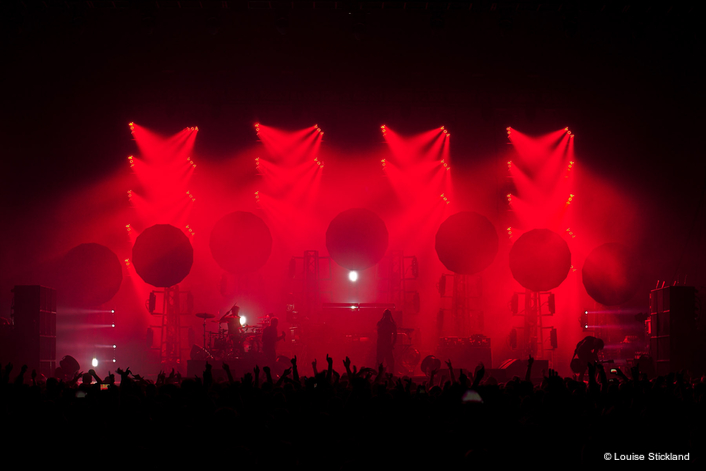 On the deck were x 11 Robe CycFX 8s, 16 x LEDWash 600s, six Martin MAC 3s and 40 Nitro strobes dotted around ...  all of which will go on to the festival rig with Robe Pointes replacing the Shape Shifters on the ladders.

The overhead trusses for this UK section contained the 25 x Pointes which are already on the festival spec being circulated to local supply companies. The festival dates start with Rock am Ring and Rock am Park in Nürburgring and Nuremberg, Germany, respectively over the same weekend. 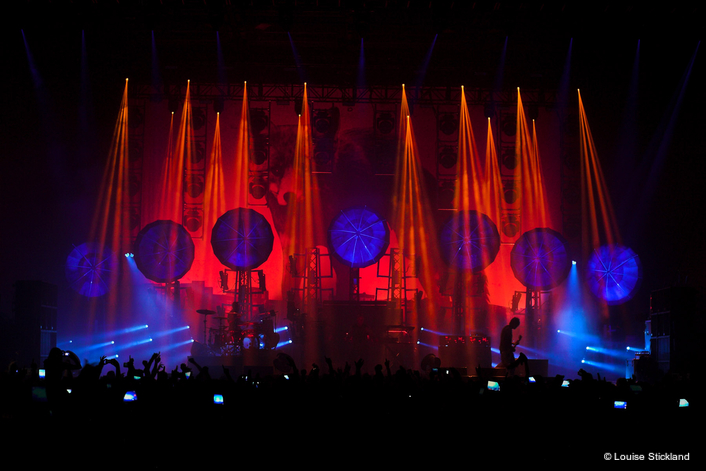 Andy is using his own Hog 4 Full Boar and Road Hog (as backup) consoles for control, running via ArtNet.

His creative starting point for the design was the music, the intense Prodigy live vibe and the somewhat esoteric red fox artwork from the album artwork, which the band wanted as a giant backdrop to the stage.

Andy trawled the music and lyrics of the new material during the initial phases of the design and found several references to rebel radio stations and pirate broadcasting, and from this, the transmission towers - and their accompanying special ‘TX’ dishes positioned on top - started to evolve. 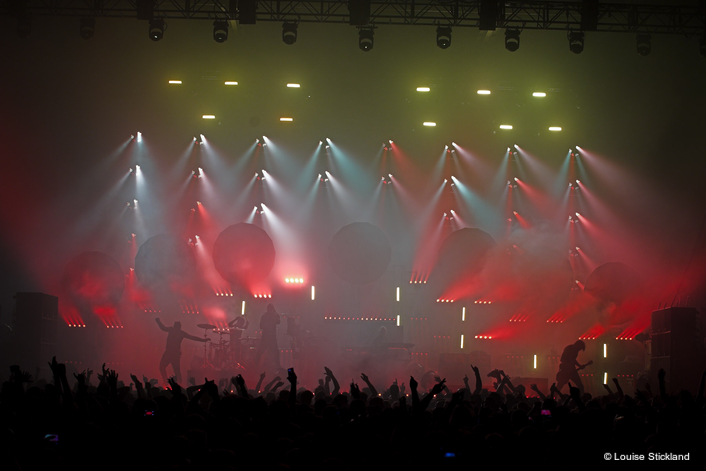 The aluminium towers are finished in grey and off-white overpainted with blue which brings an industrial touch very characteristic of the band and their specific oeuvre of performance.

The knowledge and experience of LED specialist Simon Deary was enlisted and he and Andy developed the TX dishes, starting with some painted photographic umbrellas which have been laced with frosted LED strips.

‘Magic box’ controllers offer DMX pixel control – bypassing the need for a media server - and providing an ingenious, straightforward fuss-free solution that creates some very distinctive and funky looks.  Each umbrella has 24 channels of effects, each capable of being visually tweaked - at the touch of a button - up to three different ways. This looks extremely cool, especially the first time they pop out of the smoke and murk onstage. 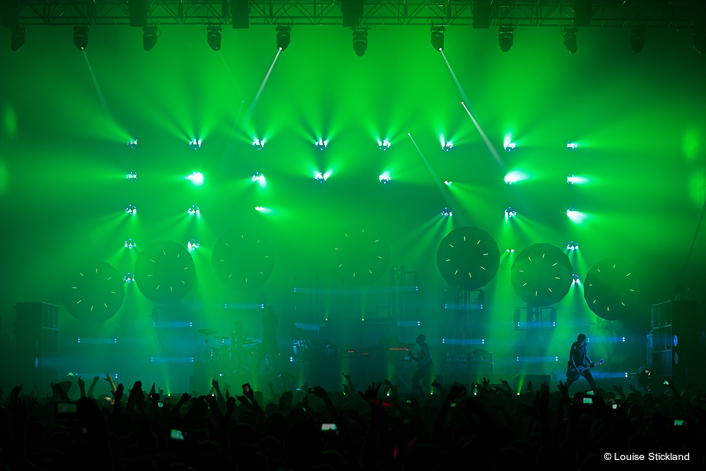 HSL’s MD Simon Stuart commented, “Prodigy shows are always exciting to work on and Andy has produced another impressive design. It was also a pleasure working with Alpha Fabs … who are great people and did a fantastic job on the towers!”

His HSL crew for the UK tour were Tim Fawkes, Ray Wheelan and Stuart “Wales” Picton.