Prodigy are one of a handful of artists whose music and energy can rock with equal force at either a heavy metal or an EDM event
Leading UK lighting and visuals rental company HSL supplied an extensive lighting specials package – including 140 new Philips Nitro LED strobes – for the Prodigy’s show-stopping headline performance on Friday night at Sonisphere 2014 in Knebworth Park.

Show Designer Andy Hurst has developed the latest unique and spectacular look for the band who are playing a series of festival headliners and own shows throughout Europe across the summer, where they are maintaining their reputation for high production values and epic visual and sonic experiences.

Prodigy are also one of a handful of artists whose music and energy can rock the house with equal force at either a heavy metal or an EDM event!

HSL is also supplying a standard ‘floor specials’ lighting rig for the entire tour which is being used in conjunction with a festival / venue ‘house’ rig at all gigs and which is built to Hurst’s specification. 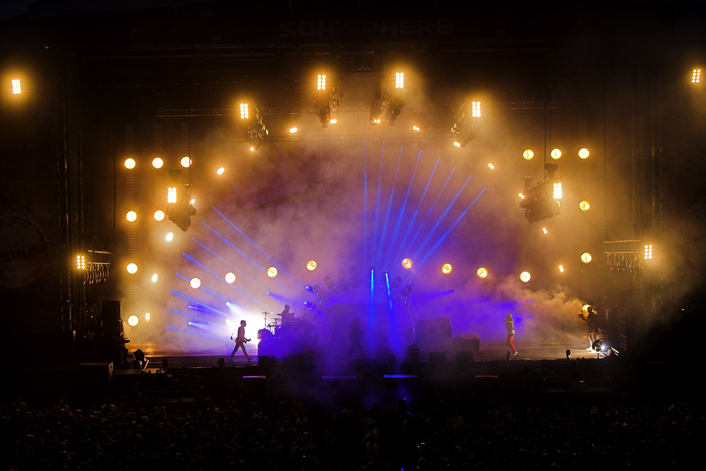 HSL’s Project Manager Mike Oates comments, “We love working with the Prodigy! They are one of the most innovative artists and put huge emphasis on ‘the show’, while Andy’s lighting and visual concepts are always fresh, exciting and energizing.

”Sonisphere presented a great chance for HSL’s new Nitro strobes to have a good workout as Hurst wanted a monumental effect to really offset the show, and HSL even bought some more RGB Nitros for the occasion.

The fundamental Prodigy tour design is based on the ‘aircraft hangar’ look that Hurst created for their high profile New Years’ Eve show at London’s O2 … which the band loved. 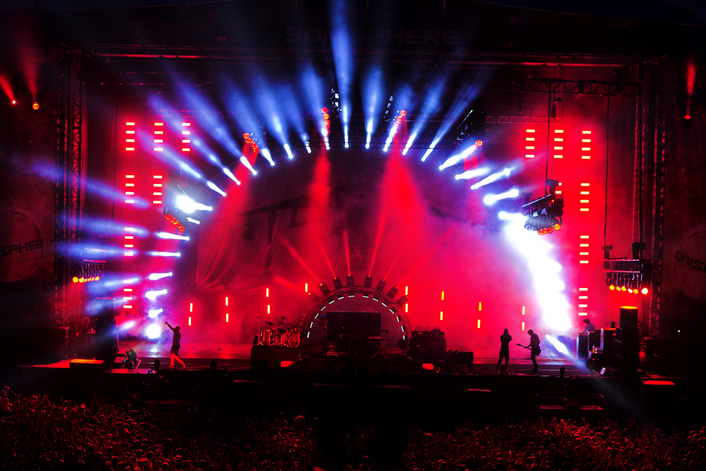 That was originally designed as a one off, so Hurst produced a tourable and adaptable version of the basic infrastructure – six upstage / downstage finger trusses, complete with 60 Robe LEDBeam 100s and a large upstage arch rigged with 32 beam lights – part of 68 on the spec’d rig – which is sourced and provided locally, and then augmented with their touring lighting rig.

The touring package features the band’s striking Harrier jump jet backdrop upstage, plus eight floor-based upstage trussing towers which are wheeled on – each rigged with two Robe LEDBeam 100s, two Nitro Color RGB strobes, four ColorBlock db4 MkIIs  and a Patten 2013 on the top. Then there is a ‘small’ arch that frames Liam’s keyboard hub and eight Robe Pointes rigged on top.

Both parts of the rig concept are fully scalable and can be shrunk or expanded to fit the available stage space. 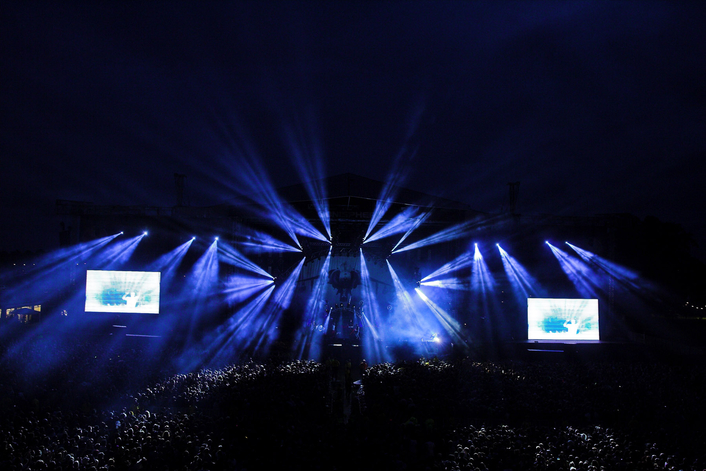 “The most important thing to remember about designing a festival rig is to make it infinitely variable but retain its form and integrity. To ensure that we can have our show wherever we are playing took a lot of pre-planning, but that is all paying off when we get to site,” confirms Hurst.

Sonisphere was the first time that HSL’s Nitro Strobes had been used for a full-on rock concert.

They were arranged in three flown arrays either side of stage, taking advantage of their ability to be easily clipped together – similar to constructing a flown PA. The units were built into drops of 10 and attached to steel wire rope ladders – configured as 4, 2 and 1 x 10 respectively – the longest on the outside, to mimic the shape of the arch. 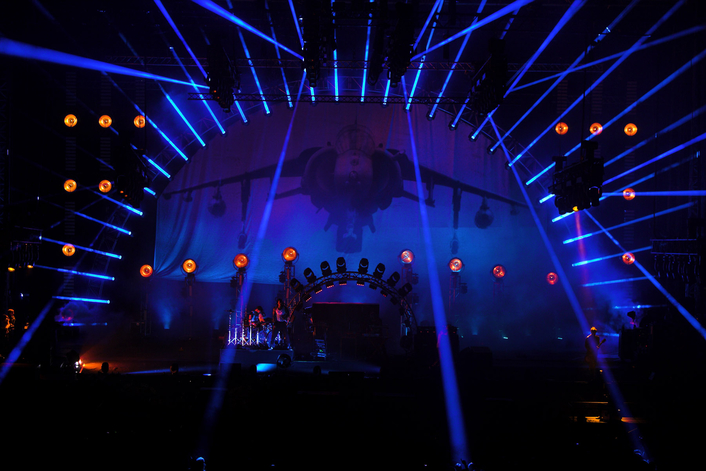 Hurst used a total of 56 Nitro RGB versions and the rest were white. It made massive impact in a classically strobe-tastic show which also included 28 Atomics dotted around the place. The whole field – rammed full with an ecstatic audience - was lit up in dramatic giant flashes and vivid explosions of colour from the Nitros as the band brought the house down with an intense string of anthems like ‘Firestarter’ and ‘Smack My Bitch Up’ as well as material from their forthcoming new album.

HSL also supplied additional smoke and haze machines to boost the already  humungous amount of atmospherics, and other extras for this show included 14 Patten 2013s – their distinctive retro look is another favourite with the band. 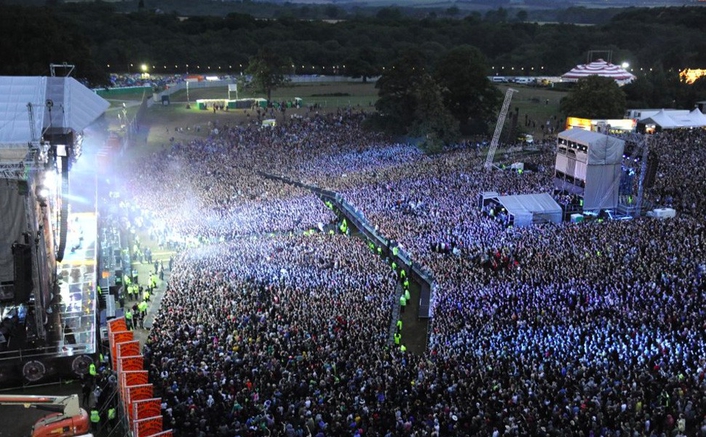 HSL’s top technicians Ian Stevens and Matt Brown ensured that everything ran like clockwork onstage for the Sonisphere, and Hurst operated the lighting using his own Road Hog Full Boar console.

His mix included taking the director’s cut of the IMAG into a Catalyst media server, treating and effecting it there, then returning the feed to the vision mixer for output to screens … facilitating the crazy messed-up video aesthetic desired for the show to appear onscreen.