HSL is supplying lighting equipment for the popular Bill Kenwright production of ‘The Glenn Miller Story’, currently touring the UK tour with veteran entertainer Tommy Steel in the lead role. The show features another stunning lighting design by top theatre LD, Nick Richings. The show has been an instant success, playing to packed audiences and also earning great critical acclaim and rave reviews.

HSL’s John Slevin is project managing with Emma Nolan and comments, “We’re really proud to be involved in this production, it looks and sounds great and is really engaging audiences old and young”. So much so … that the initial twelve week run has already been extended into 2016.

The action takes everyone back to the early days of Glenn Miller’s incredible career, his passion for music and the development of his distinctive and complex swing sound that was completely unique. 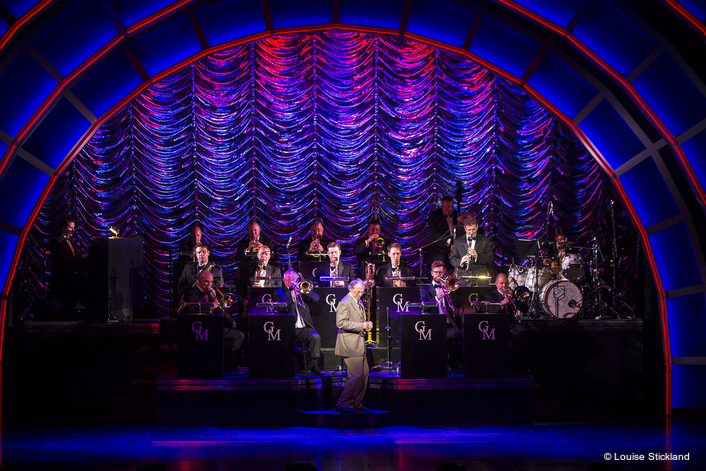 The lighting plot utilises seven over-stage LX bars and features a wide variety of lighting fixtures including over 60 moving lights. Forty of these are from Robe’s DL LED series -luminaires especially built for theatre applications – which were newly purchased by HSL for the tour.

The 20 x DLF fresnels, 11 x DLS Profiles and 10 x DL4X Spots on the rig are the core fixtures on the rig. They are positioned across all the LX bars and described as “Pokey, versatile and reliable” by chief LX Christina Chapman who is touring the show and operating the grandMA onPC lighting console. With nearly 400 cues in the show, she’s kept on her toes! 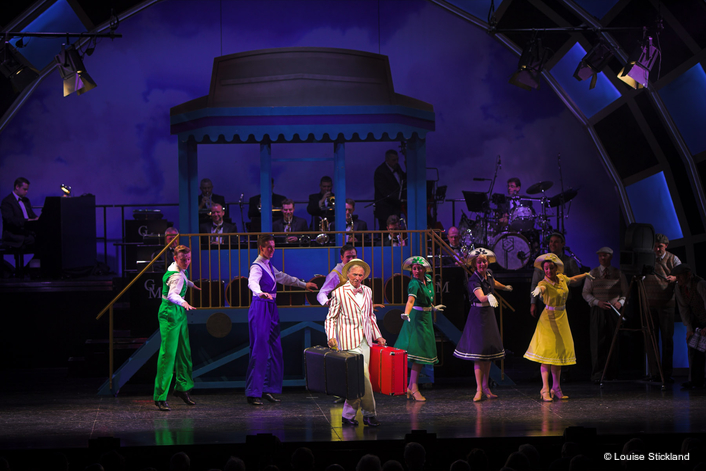 The DLs are joined by four Martin MAC Viper Profiles, four MAC 700 Profiles and 10 MAC Auras … plus a single Robe LEDWash 1200 rigged in the middle of LX6 to cover the full 16-piece band when they are onstage, which also shines through the back projection (BP) screen when this is in.

Seven Robe CycFX 8s are positioned on LX8 to light the back of the BP screen with a nice even wash and also to augment the band washes. The band is located on two stage trucks which split into two sections and move on and off stage.

Six LED battens provide a static floor and wall wash upstage, and there is also a flown set wall which comes in downstage of the BP screen.

Three magnificent sets of portals – part of Mark Bailey’s detailed design - are illuminated highly effectively with LED tape, bringing a flourish of dancehall funkiness, and a selection of  other set pieces also have inbuilt lighting.

Side stage ladders are loaded up with some of HSL’s Philips SL Nitro strobes and PARs for cross stage washes and a number of source fours fitted with cloud gobos recreate some of the sky effects.

In addition to all the stage lighting, there are a number of set practicals, including on most of the flying scenery pieces. An industrial pendant drops in for the aircraft hangar scenes and changes to a decorative chandelier for the apartment scenes, and heart shaped Chinese lanterns and festoons also make an impact in certain scenes. 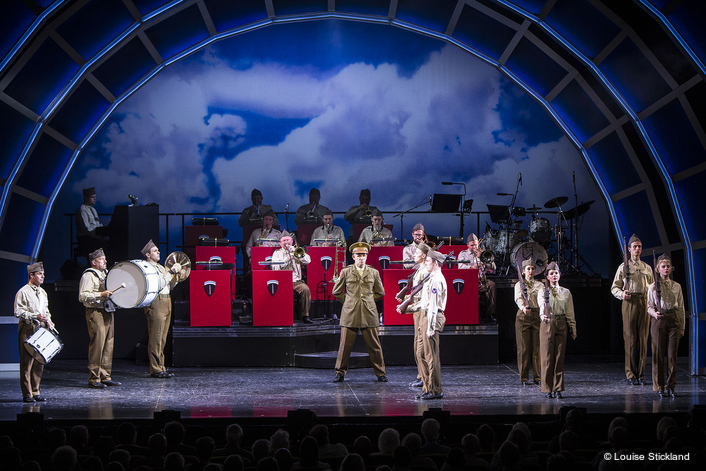 At each venue, they try and adapt some old pattern 743s which can be flown in on trapeze bars to create a vintage recording studio look.

The MAC Vipers are positioned on the advanced bar and are used for multiple specials and the MAC 700 Profiles on LX7 also help to project buildings for the Manhattan apartment scenes.

Christina and the core LX crew spent a week at HSL prepping the rig ahead of the tour. She comments, “Everything has been going very smoothly so we have not had much cause to be in touch with HSL, but whenever we do need something, they are on it immediately. John and Emma take care of all the details, and the support is excellent.” 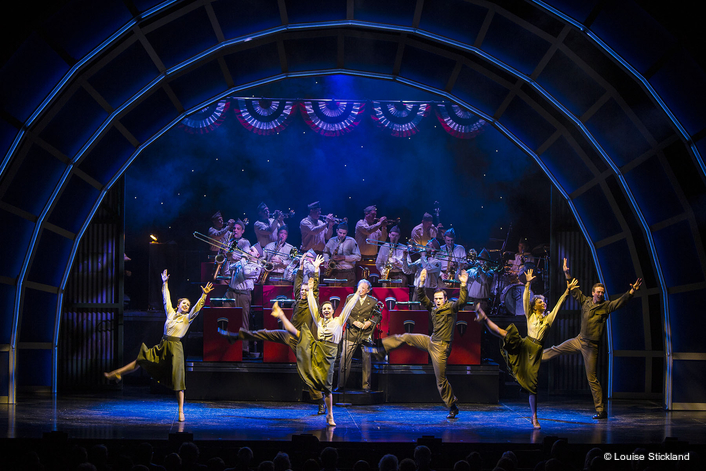 The onstage action ends the day the iconic U.S. composer and bandleader left RAF Twinwood Farm near Bedford in the UK on his way to entertain troops in Paris. His single engine UC-64 Norseman light aircraft disappeared without trace over the English Channel on 15th December 1944.

The mystery, the legend - and numerous conspiracies have lived on - together with the lasting legacy of his music. The show ends with a 15 minute all-the-hits-and more swing-out section of Glenn Miller classics that quite literally brings the house down!