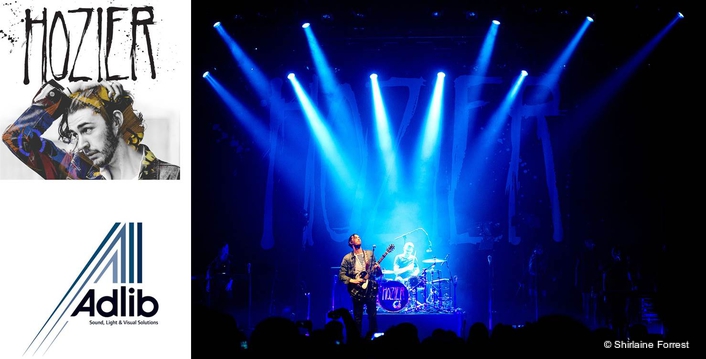 Liverpool based production specialist Adlib kicked off a busy 2016 touring season with a number of great live artists including Award Winning Irish singer/songwriter Hozier for which they provided audio, lighting and crew to the recent UK and European tour.

Hozier has had incredible global success with the release of his iconic anthem ‘Take Me To Church’ and debut album, Hozier, which has been certified as gold & platinum in the U.S.

Sound
An L-Acoustics K2 system was specified for all the UK shows, and for the two largest European venues, Amsterdam Heineken Music Hall and Brussels Forest National, Adlib supplied a larger K1 system. All the shows were sold out and highlights included three incredible back to back performances at London’s Brixton Academy.

The standard audio configuration for the larger UK shows was 12 x K2 speakers a side with 8 x SB28 ground stacked below, together with four ARCS2 a side for infills and 4 KARA across the front of stage for lip fills. This system gave plenty of volume and an even, clear sound for each of the rooms, which were modelled using Soundvision software. 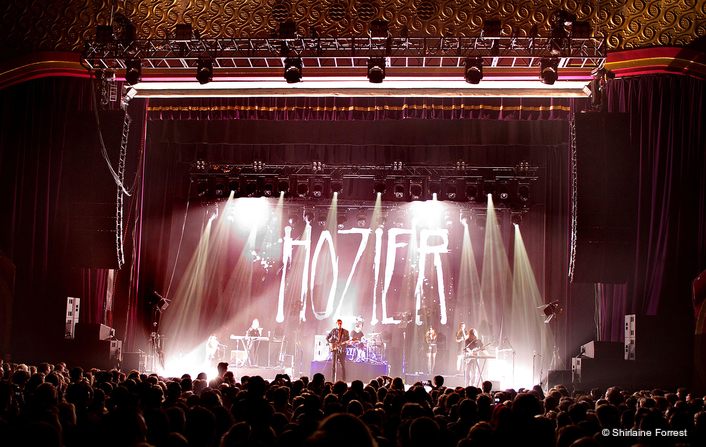 The speakers were all powered by L-Acoustics’ proprietary LA8 amplifiers, 12 per side, and signal was distributed via AES with analogue backup on one of Adlib’s digital return systems. This featured four Lake LM44s at FOH and two LM26s onstage, running via a Focusrite RedNet D16R connected via a TAC4 fibre multicore.

The Avid Venue Profile FOH console was supplied by Adlib, and Hozier toured their own stage package including IEMs and a compact Yamaha CL1 monitor desk.

Adlib provided one of their famous MP3 subs for a bit of air movement behind the drummer, powered by a Labgruppen PLM 20K amp and run into their monitor system.

Both Avids were fitted with Firewire cards so the show could be multi-tracked each night.

Wyvern Lingo also had their own IEMs which dovetailed with a full Adlib line system onstage.

The challenge explains Sam Proctor was daily changing acoustics of the different venues, and K2 is an ideal speaker being a powerful and light-weight box to get around any potential weight issues in flying scenarios, and also capable of being closed up to 10 degrees for tight focusing that avoids balcony edges and other obstructions. 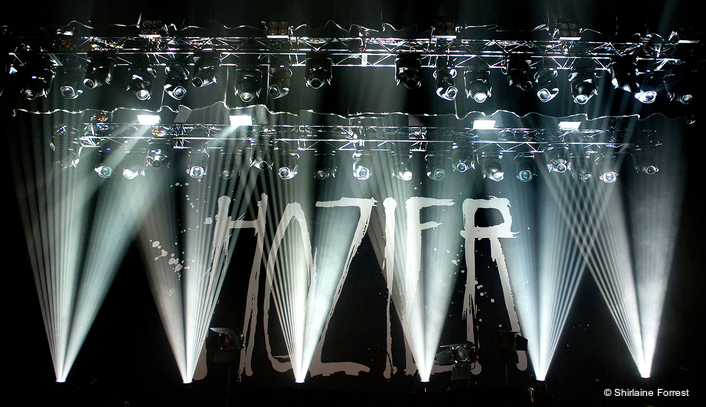 All of Adlib’s engineers also have access to a comprehensive database of systems and venues, an invaluable resource compiled through careful documentation and years of experience and experimentation which is designed to ensure the best results.

Lighting
The lighting rig was based on four 40ft over-stage straight trusses, the most upstage of which was utilised for the Hozier backdrop.

The floor package included another six Viper profiles arranged in a line upstage on flightcases, peeping over the backline. These were joined by three Atomics and four MAC Aura LED wash fixtures tucked away in the downstage corners for low-level cross stage illumination. 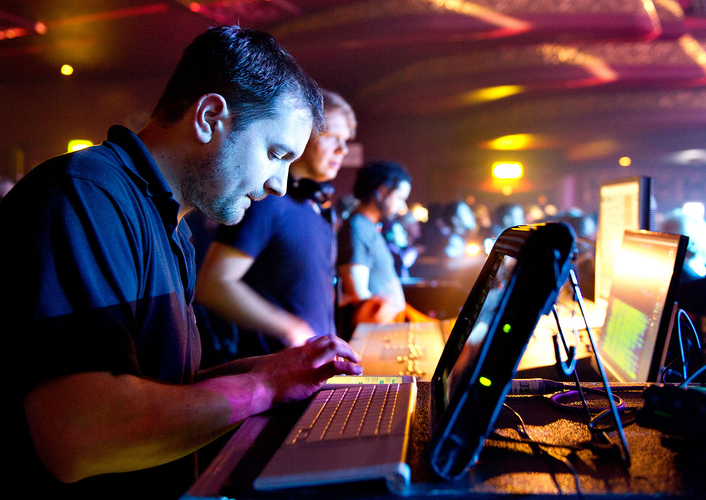 Five Manfrotto stands were each rigged with a 2K fresnel, three located upstage for silhouetting band members and the other two downstage left and right in the same positions as the Auras.  A final 4-cell Mole was also located upstage of the drum kit, together with four single PAR cans for additional backlight.

The production also brought in six pairs of their own custom vintage lights with glowing filaments.

Matthew controlled all of this via an Avolites Sapphire Touch with an Avolites Pearl Expert Pro for backup, both connected via a fibre ArtNet system.

The lighting was vibrant and dynamic, with the capability to switch from intimate to Rock & Blues, stirring up audiences everywhere. The strobes were cleverly used for big punches of white light & accents that brought the backdrop into the action.

“It really was one of the best tours that I have done for some time in terms of the people involved, a great live show and really warm atmosphere with everyone in the touring party,” says Kevin Byatt, echoing the sentiments of the audio department. 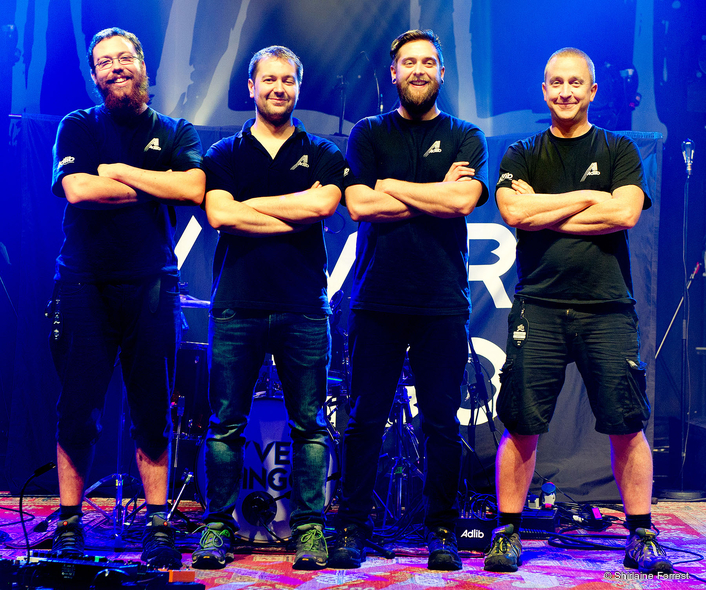 Client manager Phil Kielty commented, “Duchess trusted Adlib to deliver a stunning live show for Andrew (Hozier) and we pulled out all of the stops to ensure that both audio & lighting met the relevant briefs. Seeing the live show, the raw talent of Andrew, the band and also Wyvern Lingo was so incredibly refreshing. It sounds clichéd but they really have created a genuine touring family … and we are lucky to have been part of the experience.”