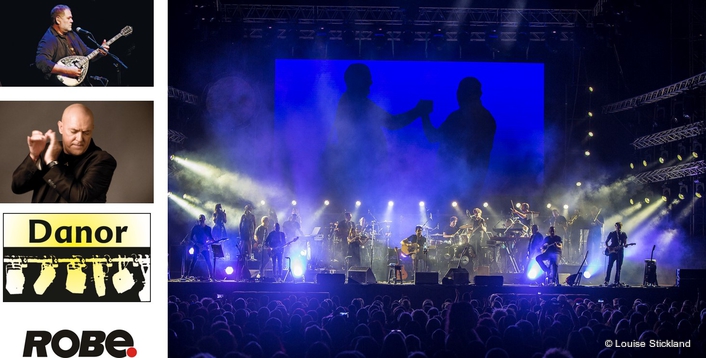 When two of Israel's biggest singing stars - Yehuda Poliker and Shlomi Shabat - get together and play onstage live ... It's a BIG deal and a hugely exciting performance spectacle that’s always well received. Needing a big lightshow with lots of power and presence … that's why lighting designer Eyal Tavory chose a large Robe orientated rig - including 35 x BMFL spots to give the impact that everyone was anticipating at a recent show at the Rishon Lezion Amphitheatre.

The two artists played a major tour last summer for which the demand for tickets was so overwhelming they decided to add a series of extra shows this summer. The Robe reporting team caught up with Eyal and the team and asked a few leading questions!

Eyal has been working on Yehuda Polker's lightshow for 30 years which is a remarkable achievement in its own right. He started off as the lighting operator and became the stage and lighting designer two years later. It was his first substantial job in this role. 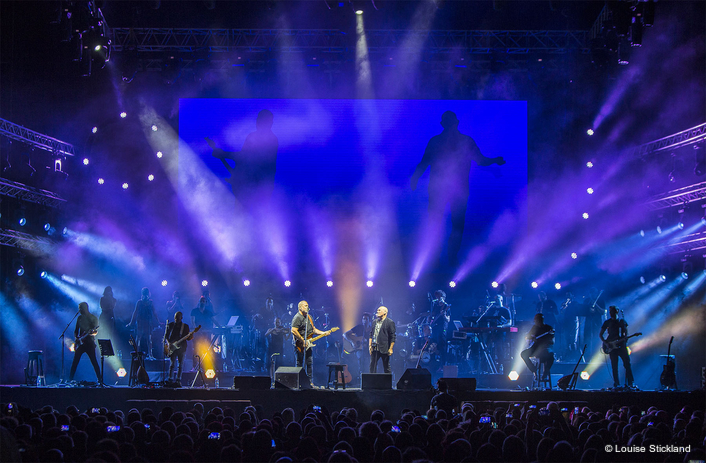 For the shows with Shlomi Shabat, he needed to cover a large stage which accommodated the full backing bands for both artists - totaling 22 musicians and singers.

Multiple trusses were flown in the air, supported by two side trusses left and right - one below the other - which were invaluable for providing positions to get ‘filler’ light across the band both upstage and downstage … ensuring that the stage space had a proper 3D appearance when lit.

The BMFL Spots were used for front, back and side light and as such were the primary work-lights on the rig. 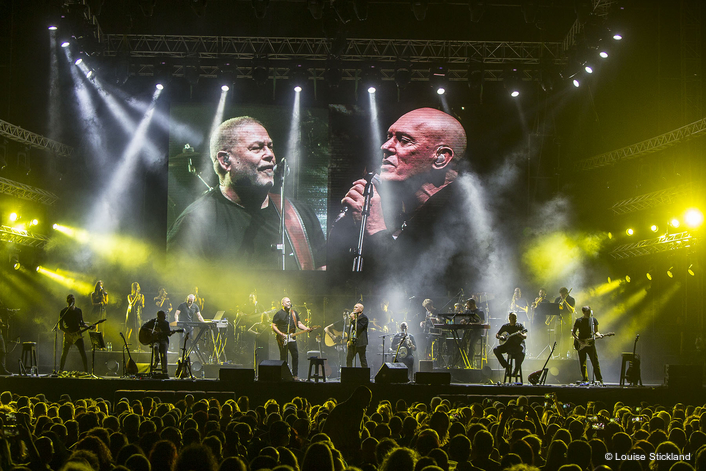 Eyal's style for lighting for this special collaboration was all about big punchy, colourful and integrated pictures, also with lots of lights reaching out and into the audience. It was about making large statements and supporting the music, drawing all eyes to the stage.

The visual picture was completed with a sizable upstage LED screen fed with a combination of IMAG camera relay which looked very effective and carefully selected playback video.

Twelve Robe MMX spots were used for the front key lighting and specials, with some Robe ColorWash 2500E ATs on the back trusses providing secondary colour washes across the stage and out into the front rows of audience. 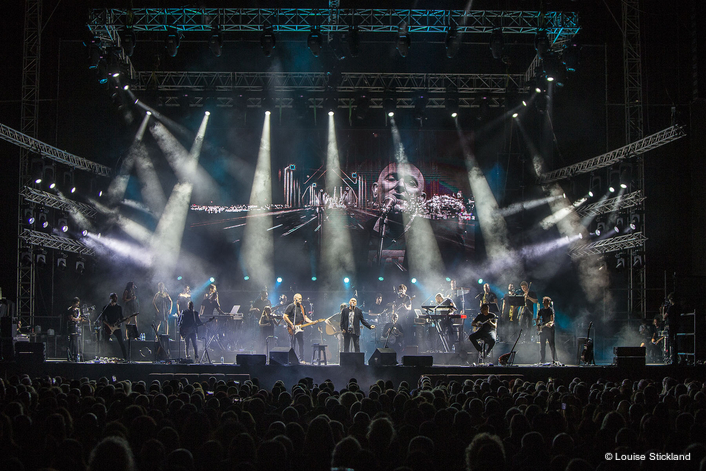 Running along the bottom of the LED screen - which started about 3 metres off the ground - was a low truss, hung with a black drape down to the floor and rigged 16 x Robe LEDBeam 100s plus a further 8 (LEDBeam 100s) on a circle truss flown in the upstage right corner of the roof. These created sun-like rays and effects and added a pleasant touch of asymmetry.

The show was a great montage of beautifully balanced and contrasting looks and scenes, created with the precision of someone with an eye for both big pictures and small details in crafting a complete image. 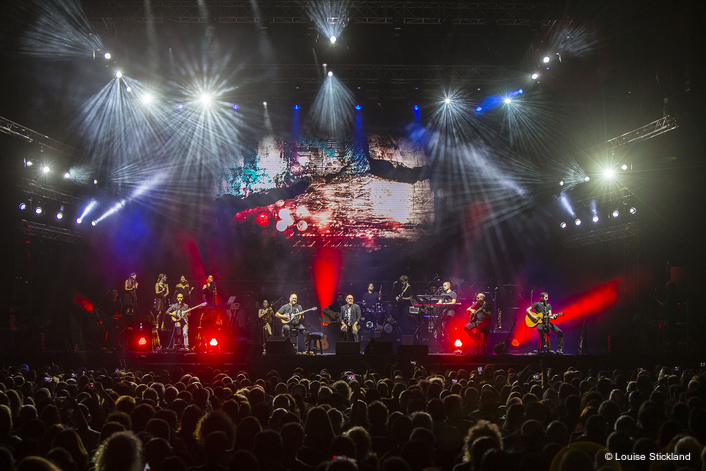 Eyal and lighting programmer and operator Tsafi “Saffi” Dagan ran the Poliker / Shabat show between them using two lighting consoles. Saffi has also been involved with Poliker’s live shows in this context for the last four years.

All lighting was supplied by leading Israeli rental company Argaman Systems which has a large stock of Robe moving lights.

This was Eyal's second design using BMFLs – some of Poliker's solo shows were the first time he tried Robe’s signature high powered luminaires. "They are amazing" he says "the first time I saw the BMFL for real in situ. I was astounded at the brightness, the gobos and the colours, etc. – it is an incredible light". 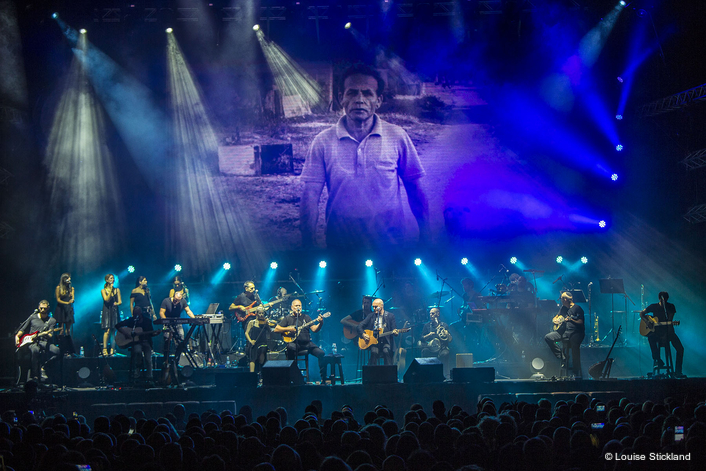 He’s been actively using Robe for a lot longer than that, in fact ever since Danor Theatre & Studio Systems became the Israeli distributor in 2004. He thinks the brand has made "huge steps forward" in recent years and has been inspirational in bringing genuinely innovative and different products to the market.

In his time as a lighting professional Eyal has seen numerous changes! He remembers the time when PAR 64 cans were a revolutionary new invention, then came colour scrollers, followed by the first moving mirror lights, then moving heads and so on. When he started in the mid-1980s, the ideal of commercial LED production was still a twinkle in the eye of a few visionaries.

In addition to lighting Yehuda Poliker’s live shows which keeps him pretty occupied, together with those of a few other selected clients, he now focuses on teaching lighting, visuals, sound and staging - all the non-acting elements - to aspiring actors studying at the Yoram Loewenstein Acting School in Tel Aviv.