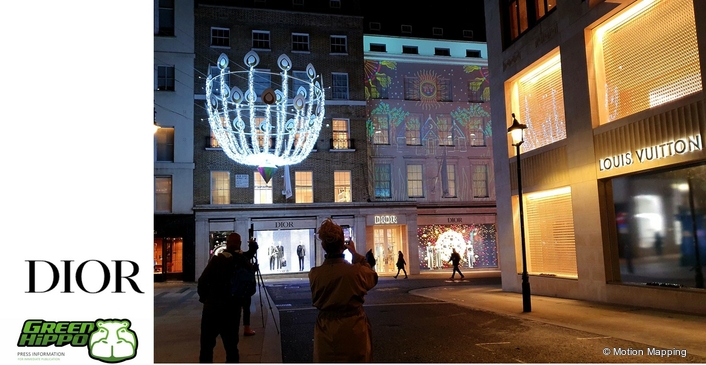 Visual wow-machine Motion Mapping is masterminding the technical set up, control and running of the festive projections, having been commissioned by Dior’s creative agency to deliver the project. 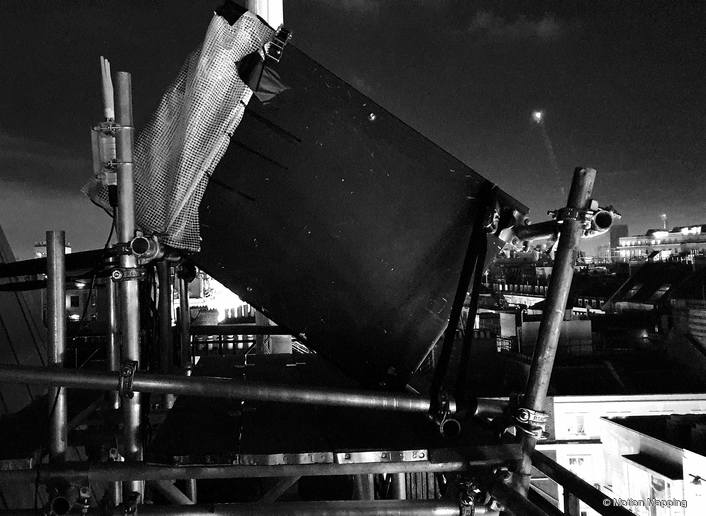 The projection and visual control and manipulation equipment is installed on the roof of Dior’s neighbour Louis Vuitton, which is situated directly opposite in London’s prestigious New Bond Street.

“The small form factor of the Nevis+ has made the setup of equipment on the top of a six-storey building, in an outdoor enclosure with limited space, much easier,” says Harris, a long-time Hippotizer aficionado. “The content for the projections was supplied by Dior’s creative agency, and we were then challenged with beaming it onto the intricate architecture of the building. 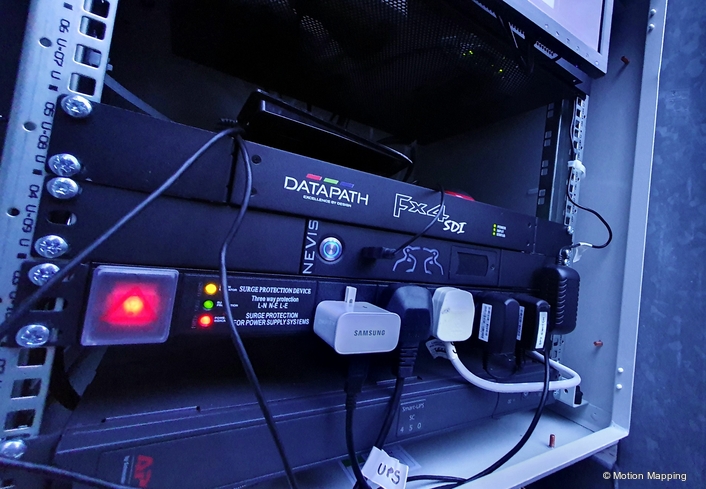 “The flexibility that Hippotizer provides in the control of the image has been invaluable. The ability to change the contrast, saturation and multiple other variables to ensure the fine details of the content have the desired impact, has contributed hugely to the success of the project. And it looks really, really good.” 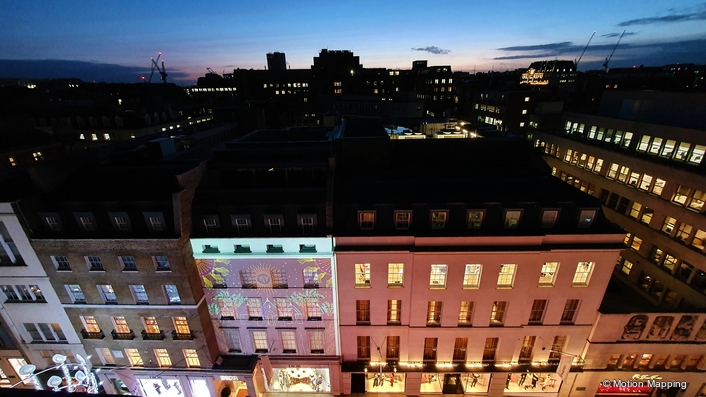 With the installation set to run throughout December, on a London rooftop in the famous British winter weather, Harris and his team required a visuals systems that would last the course. Due to restrictions from the local Council they were unable to use certain kit, including lasers for additional movement, but after auditioning projectors and media servers, rooted for the Nevis+.

“Despite its small chassis and relatively light weight, the Nevis+ offers an extremely high standard of robustness and more than enough of the power required to run this show,” Harris continues. “We chose it for reliability, stability and the processing prowess it provides in a compact box that’s easier to carry to the rooftop of a London building.”

Harris and his team utilised Green Hippo’s renowned tech support on the project, to ensure everything ran smoothly in the short setup timeframe. “We had remote support as required and have always found the Green Hippo team to be first class, dealing with any issues quickly and efficiently.” 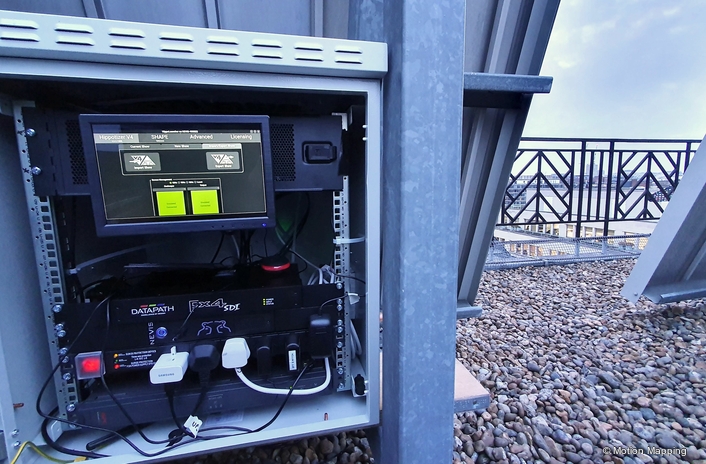 Dior’s festive projections include branding and classic Christmas visuals, designed to draw attention to the store during the traditional pre-holiday shopping season. “It’s a very affluent area, and competition in retail is stiff,” says Harris. “But it’s safe to say, anyone in the area will notice the projections this year – we’re thrilled with them and we hope shoppers are too.” 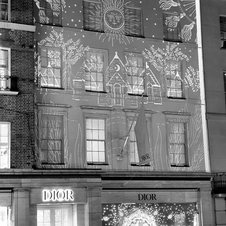 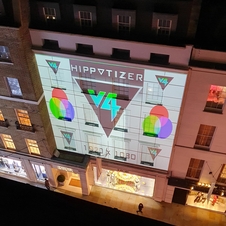 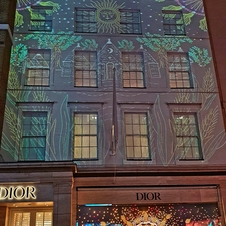