Engineering and automation specialist WIcreations designed and built the six moving video pods which are the major structural element of the current Herbert Grönemeyer tour, which features another innovative and interesting stage design by Gunther Hecker of Cue Design.

Grönemeyer’s music and message for this tour is straightforward and uncomplicated, so Gunther’s design was based on the Bauhausian principals of simplicity with clean lines and clear definition, all the time keeping the understated - and sometimes reluctant superstar - as the focus onstage. 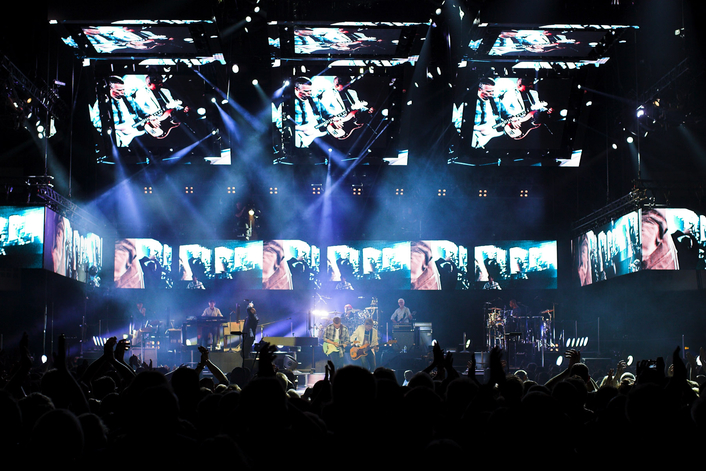 The six pods (in the full rig format) are initially in their ‘home position’ in the roof and move to various different looks throughout the show – completely changing the dynamics of the stage space and also creating an impressive high-impact wow factor. The first time they come into their full vertical positions it is to audible ‘ooohs’ and ahhhs’ from the crowd.
Gunther, working with long term creative associate Marc Lorenz as his lighting director and technology integration specialist, approached WIcreations again after several successful past collaborations, the most recent of which was the 2014/15 Fantastichen Vier tour for which WI designed and built a flying video cube that could rotate on all axes on a single point. 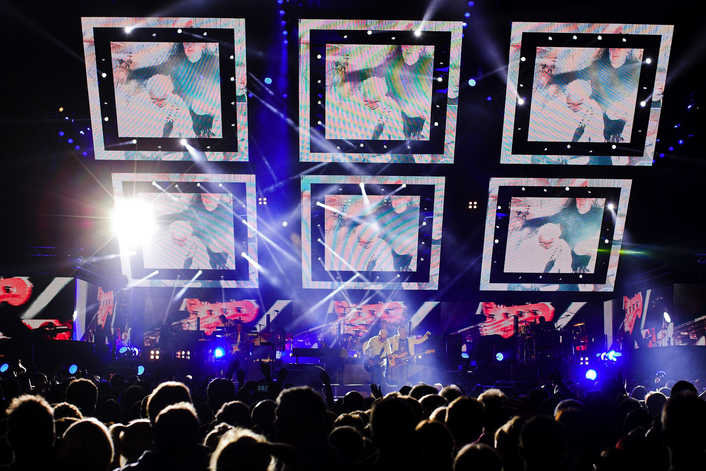 This project was managed for them by WI’s founder, Hans Willems.
Marc comments that their “Excellent” past experiences with WI made it a ‘no brainer’ to return to the Belgian company to fabricate the pods for this one.
He also mentions that WI’s thoroughness, attention to detail and appreciation of all the relevant rigorous safety certification required to ensure the pods conform to TUV standards was another major potential headache that they didn’t have to worry about. 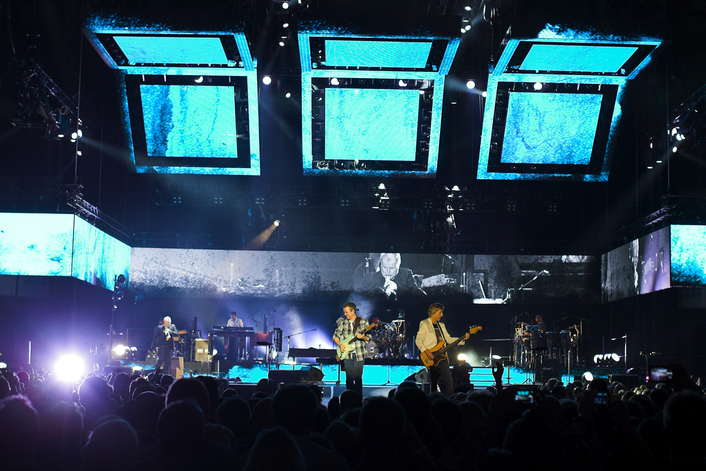 The six pods each measure 4.5 metres square and have a central 3 x 3 metre centre surface of Roe MC-12 LED screen. There is a 45 cm gap between the middle video screen and then a 30 cm outside border of the same surface, and in the 45 cm gap … a total of 16 x Robe Pointe moving lights per pod are mounted.
WI produced a solution for mounting the Pointes so they could move and rotate to their full potential, plus an expedient action-plan for the pods to be broken down and transported.
The pods were all constructed in aluminium to reduce the weight, with each one split into two parts with a special fast-connect system that significantly accelerated the load in/ out times. 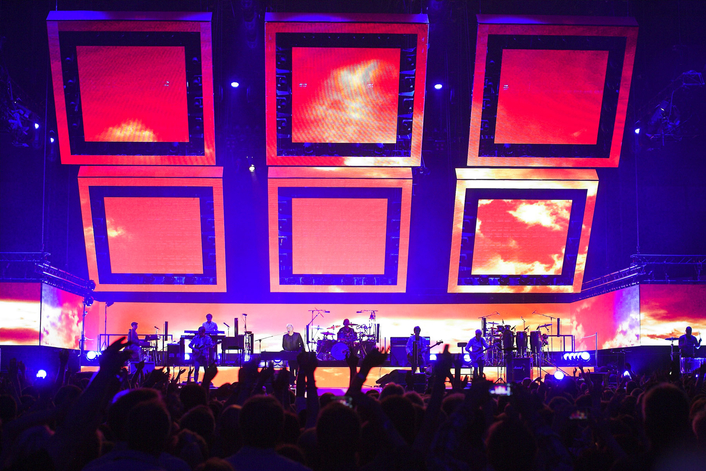 The Robe Pointes were mounted with retaining bolts holding them in place while they turned and moved around in the very limited space. All the Robe lights still had their own turn couplings, so they could be quickly swapped out if needed and WI added a system to make sure that all the luminaire’s directions were guaranteed during their movement. Due to this system the Pointes stayed extremely stable and didn’t shake, move or vibrate when the pods were in motion.
With an ingenious system of safety pins and hinges, each pod split into smaller sections to fit into the dollies - with all video and lights still mounted inside, again designed to optimise, fast load in / out times!
Marc comments on the great synergy and fluidity of communications between himself and Gunter and Hans. 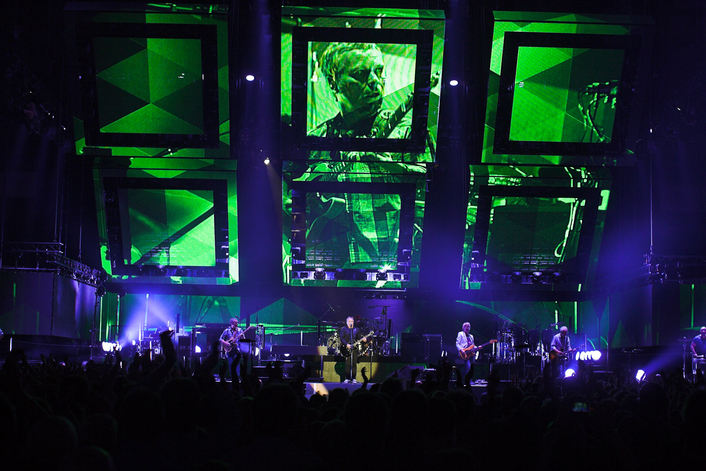 “It was brilliant right from the first meeting, I would be describing the design ideas, and as we discussed the different parameters in more detail and how they might work … Hans would be proposing a solution … almost before I’d asked the question! It is a really great partnership and a joy to work with a company like WIcreations”.
Hans sums up, “From our side it was great working with Marc and Gunther again. We all have similar attitudes, headspace and a real understanding and trust, as well as sharing the same goals of quality and excellence. All of this is essential to delivering special structures like these in such a short timeframe.”

The tour continues throughout the summer playing a combination of own shows and festival headliners slots – for which there are several variations on the lighting and video system and the amount of pods used.
Lighting, rigging and video is being supplied by PRG and PRG Nocturne, sound is from Black Box Music, the rolling stage for the own-shows is from Satis & Fy and the overall production company is Rocksound Management.