Henry VIII’s Wives Sing Their Heads Off With DPA Microphones

The company’s d:facto™ Vocal Microphones play an important part in delivering great sound and a pop concert look to SIX the Musical, which tells the story of this unfortunate group of Queens.

DPA’s d:facto 4018V Vocal Microphone plays a starring role in the staging of SIX the Musical - and not just because it conveys the crystal clear audio that sound designer Paul Gatehouse was looking for.

Equally important is the look of the microphone and the fact that it is handheld, which truly conveys the concert-like atmosphere that this hugely popular West End theatre show aims to replicate.

“The d:facto 4018V is a vital part of SIX’s visual imagery because the Queens (the main characters) convey their message using a handheld device,” Gatehouse explains. “The show’s creators, Toby Marlow and Lucy Moss, wanted to present a unique experience, something that referenced Beyoncé at Roseland. Working with handheld microphones allows us to do that in a very powerful way.” 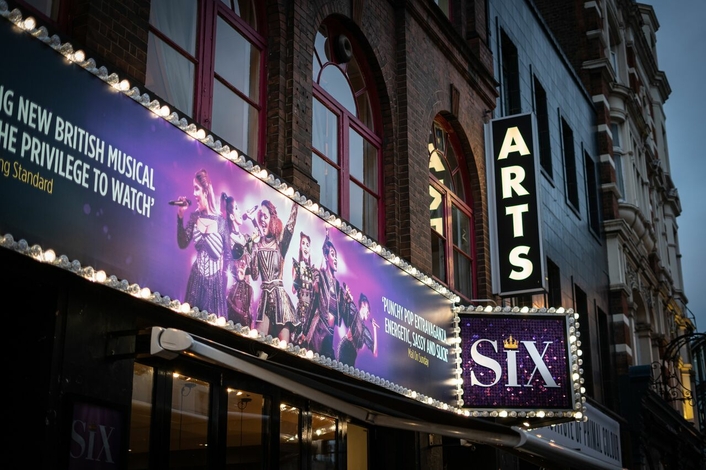 Written by Marlow and Moss while they were studying for their final year exams at Cambridge University, SIX the Musical is a modern re-telling of the lives of the six wives of Henry VIII. The story is presented as a pop concert in which the wives take turns singing in a bid to persuade the other wives – and the audience – that their time with King Henry was far worse than anyone else’s. It may sound like an odd concept for a musical but since opening at the Edinburgh Festival in 2017 it has been a huge success and now has an indefinite run at the Arts Theatre in London’s West End.

With the exception of one DPA d:vote™ 4099 Instrument Microphone, which is used to amplify an acoustic guitar on stage, the only microphones used on this production are the d:facto 4081V Vocal Microphones, supplied by DPA’s UK subsidiary Sound Network.

“I wanted to use working microphones, not just props, so I was looking for something that was super clean and pop-y sounding and didn’t colour the actor’s voices,” Paul Gatehouse says. “That meant using a condenser microphone and that, in turn, led to the d:facto capsule. The fact that DPA makes the 4018V capsule adaptable with third party transmitters is great. We use a Sony DWX digital wireless system and the combination of this and the d:facto capsule gives us a really pure, clean sound.” 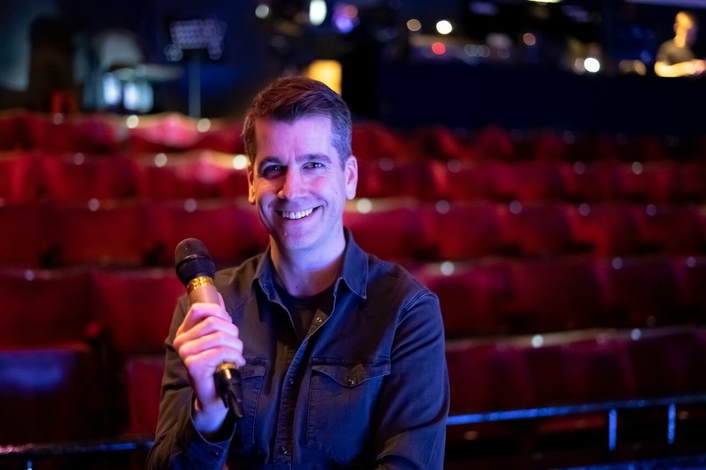 With more than 20 years’ experience in theatre sound, Gatehouse has worked on numerous top shows including Miss Saigon, The Lion King, Les Misérables and Phantom of the Opera. Dealing with challenges is all part of the job and with SIX his main challenge is the size of the venue.

“At the Arts Theatre, we are lucky enough to have a very high end sound system, so even though it is a small space we can really pack a punch,” he says. “However, sound in a smaller space has to be controlled and gain before feedback is the main challenge we are dealing with. What I find with the d:facto 4018V is that, even off axis, it behaves like a dynamic capsule because it is really safe at high levels.”

DPA’s d:facto 4018V capsule has also been a hit with the actors playing the Queens because they can clearly hear their own voices in their in-ear monitors.

“The sound they hear from the microphone gives them a really clear space to sing in because they are not competing with conventional monitoring,” Gatehouse adds.

With SIX the Musical on an open run at the Arts Theatre, Paul Gatehouse is turning his attention to other projects including sound design for the Mary Poppins Musical, which opens in London later this year. As most of his musical theatre productions use DPA microphones in one role or another, it is likely that Mary Poppins will be no exception.