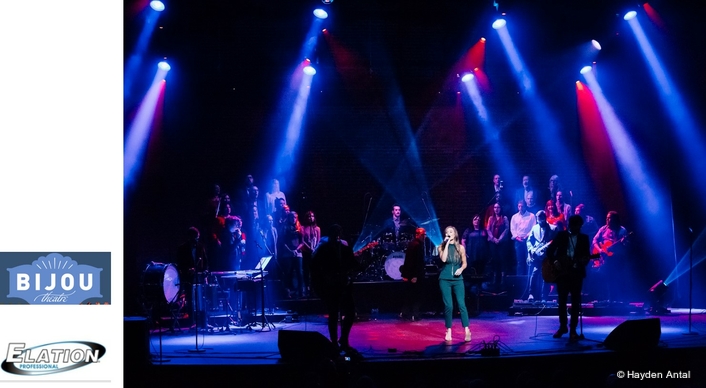 When Shoreline Church, Hope Fellowship Church and City Church, all in Knoxville, Tennessee, came together on December 9th for a special night of scripture and song called Lessons & Carols, Harmonic Audio and Concert Productions of Chattanooga accentuated the evening with mood-generating lighting using their inventory of Elation Professional lighting.

“Chuck Hooten, worship pastor at Shoreline Church, wanted to create a new tradition in Knoxville and came up with the Lessons & Carols concept, which combines teachings from the story of Christmas with music,” explains Harmonic’s Drew Hornback, production designer for the event. “It was an inaugural event and we turned to our Elation lights to accent what they were doing.” 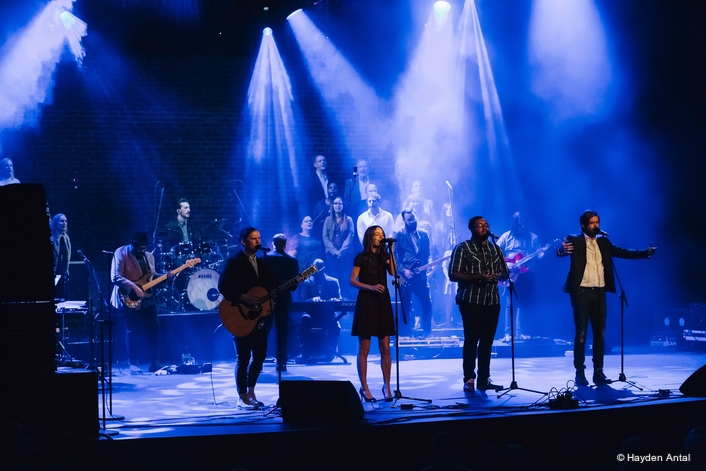 Held in Knoxville’s historic Bijou Theater, Harmonic was called on to create a ‘massive look’ with lighting as the stand out element of the show. “They wanted an immersive design so we went to Capture and designed a rig that highlighted the Artiste DaVinci as our profile with Fuze Wash Z350s adding color,” said Hornback, who also handled lighting design and lighting programming duties.

Lessons & Carol’s was Harmonic’s first show using their zoomable Artiste DaVinci LED moving heads and Hornback says they really provided them with a great look. “The DaVinci was the right fixture for the job,” he states. “The CMY color mixing and the gobos provided incredible texture to the stage. They really gave an impactful punch at an incredible price point. You can’t find another light like it.”

Eight Artiste DaVinci’s flown in the rig and four units working from a floor position were used to project big breakup patterns and sweeping profile looks out into the audience while the Fuze Wash 350s complemented the looks as an overall stage wash. “Because the Fuze Wash are so versatile in their zoom range it allowed us to get some great stage washes as well as cool beam looks,” the designer states. “The combination of lights was really effective – they really accented each other.” 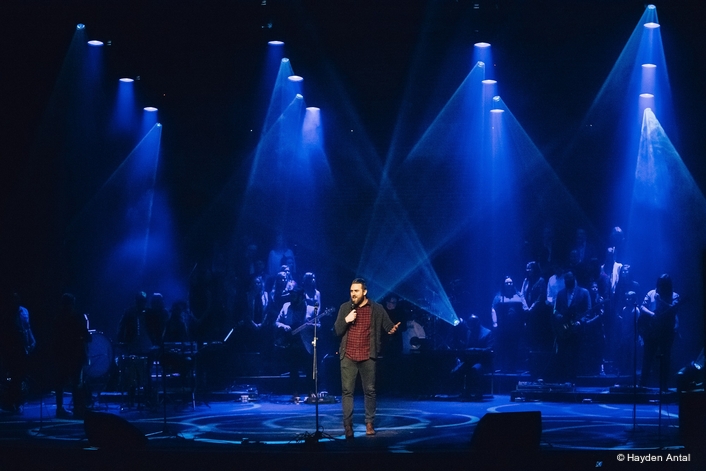 In a fundamental display of a moving head’s versatility, Hornback turned the center row of Fuze units around to wash the upstage choir when they appeared on stage. “That gave us a really solid front light,” he said of the LED Par moving heads. “It’s one of my favorite front light movers because of the zoom and the rich CTO colors you get from the fixture.” 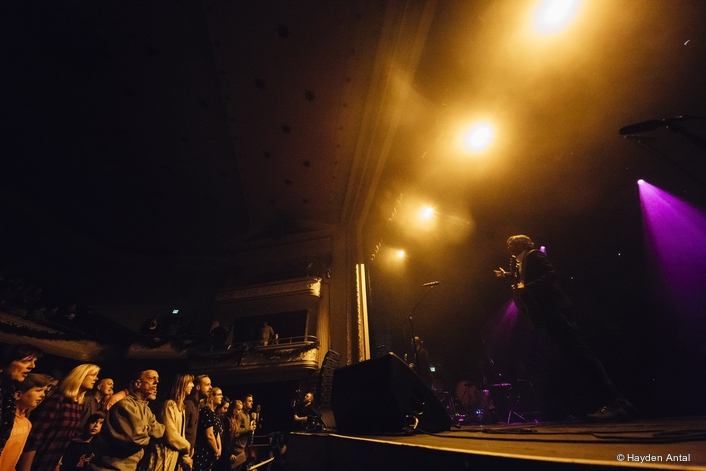 For a special congregational hymn toward the end of the show, the designer blacked out the stage and then lit the entire theatre using only four DTW Blinder 350 IP™ 2-lites. He comments, “We filled the room with a really cool tungsten look using the warm-white DTWs. We used them as a controllable house light so that it was no longer about the stage but more about what was happening in the audience. It’s a great blinder and a great accent light with the pixel-mappable abilities.”

Harmonic has been an Elation dealer only since February 2018 and works with Elation manufacturer rep firm Freed Sales to keep up to date on Elation product offerings. “Elation was the way to go for our rental inventory and the music festivals we supply gear for,” Hornback said. “We have a great relationship with Freed Sales and the new professional products that Elation has come out with really top the bar in the industry.” 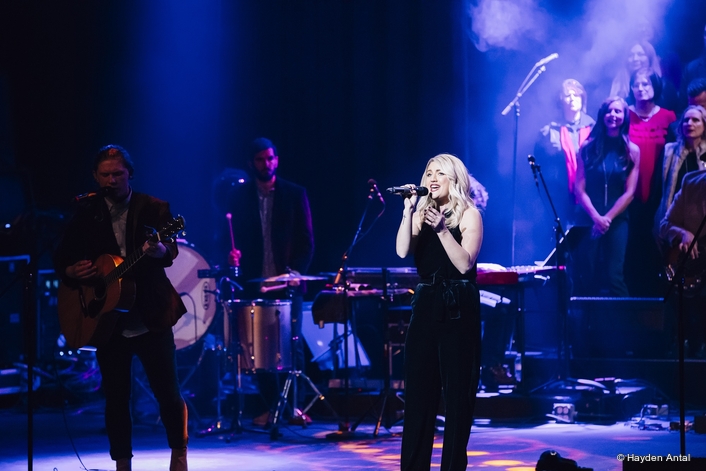 About Elation Professional
Elation designs and manufactures a comprehensive range of innovative lighting and video products known for their excellent efficiency and outstanding performance. As a company in expansion with a presence in a growing variety of market segments, chances are you’ve experienced Elation lighting at a concert, special event, TV, theater, late night venue, House of Worship, theme park, cruise ship, exhibition, architectural space or elsewhere.