Groundriddim at Japan’s NO NUKES 2012 Festival 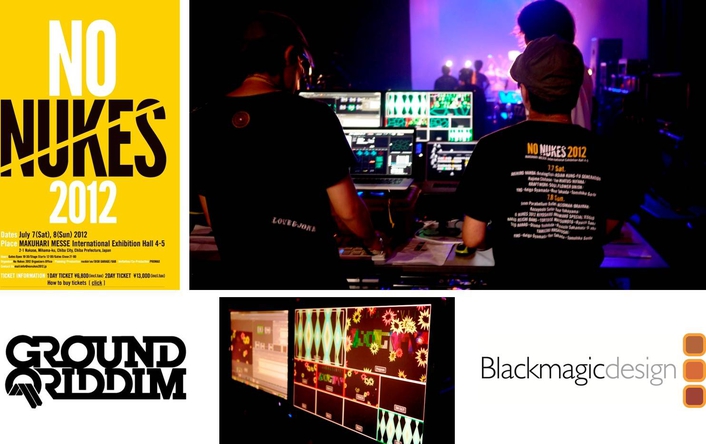 Festival organizer Ryuichi Sakamoto of Yellow Magic Orchestra (YMO), a legendary Japanese techno group, created the NO NUKES Music Festival, gathering musicians and sponsors for a weekend of live music with some of the world’s biggest bands, including YMO, Kraftwerk and Asian Kung-Fu Generation.

"Music performances never go as planned; they are unpredictable as if they were a living thing. The combination of the ATEM 1 M/E Broadcast Panel and the ATEM 1 M/E Production Switcher, which have proven to be incredibly reliable, were necessary to keep up with the many changes at the festival. We also used HyperDeck Shuttle to record our performance with the artists, which left us with very high quality video. Blackmagic Design products were a huge part of our success here,” said Go Matsumoto, the director of Groundriddim.