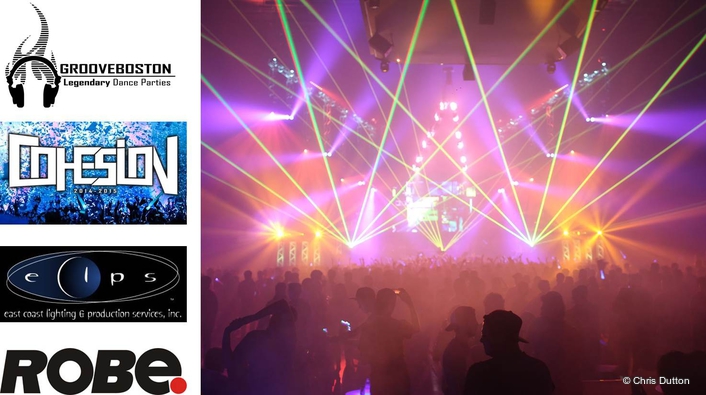 .
The GrooveBoston dance phenomenon made a recent high-impact appearance at the College Park Center at the University of Texas Arlington (UTA).  The spectacular lighting and production design was created by Nathan Almeida of East Coast Lighting & Production Services (ELCPS) and GrooveBoston Production Director Ed Slapik.

Almeida has been involved with lighting the legendary college-oriented EDM experience – renowned for high production values, awesome visual environments and some of the best dance sounds on the planet - for the past 10 years, and for this year’s show, he once again utilized Robe Pointes, CycFX 8s and LEDBeam 100s.

Creating a new look for GrooveBoston was a priority, and the venue offered plenty of stage space and headroom. To ensure an efficient get-in and set-up in a tight timeframe, they decided on a trussing structure to make up the main set architecture, which was based on the concept of a ‘Phoenix rising’.  Trussing ‘wings’ were diagonally raked on either side of the centre position, and the upstage video screen became the ‘body’.

Almeida chose 12 x Pointes, 16 x CycFX 8s and 6 x LEDBeam 100s, all from Robe’s ROBIN range.  He selected the fixtures initially with the wings of the phoenix in mind, thinking that CycFX 8s would showcase these perfectly! 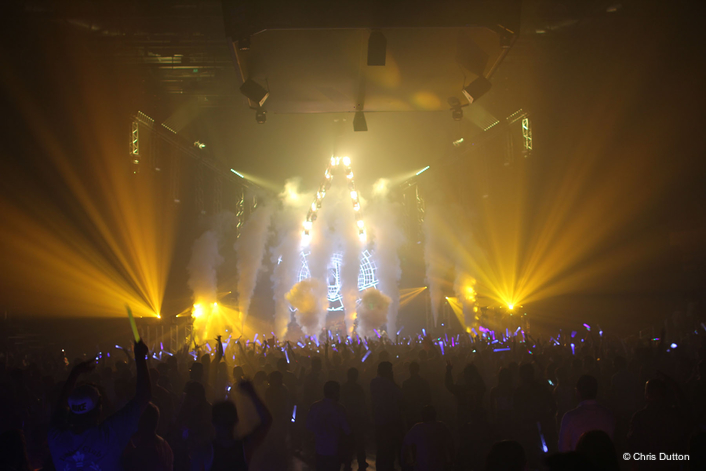 He’s used other LED battens in the past for highlighting truss, but in this case bringing movement to the equation meant the idea of taking flight could be animated to complete the visual picture by employing the automated tilt function on the CycFX 8s.

As always, he utilized the Pointes to create all of the main lighting looks and drama.  “The extraordinary optics, zoom and prism functions all enabled me to fill a large space with a minimal amount of fixtures,” he explained.

The very compact LEDBeam 100s - fitted with 25 degree lenses - were used for artist key lighting. They also produced a focusable even field of light with which to light the DJs from above.

Almeida’s current favourite Robe fixture is still the Pointe.  He loves everything about Pointes and their overall diverse functionality.

One Pointe can go a long way with a lively imagination … and this is one of the many special features characterising his ongoing GrooveBoston designs. 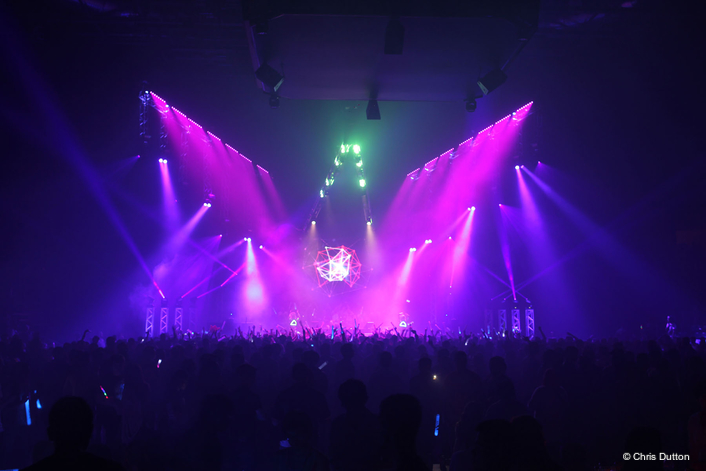 He thinks the zoom is a major tool for the CycFX 8s, which at UTA enabled him to light from the very high trim using the lenses narrowed down.

“I think Robe is right at the top of their game at the moment,” he commented. “You can see and appreciate that a serious amount of time and thought is going into R & D ... and this is definitely paying off.”

He programmed and ran the UTA show using a grandMA2 full-size console with a light for backup. 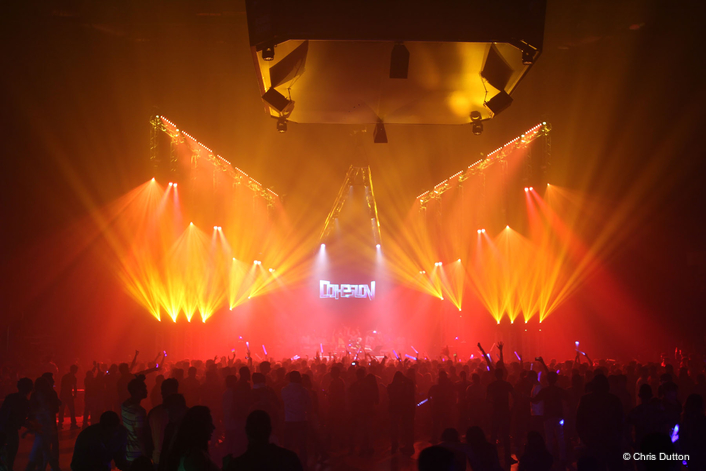 All lighting was supplied by ECLPS, they used the house LED screen, audio was provided by GrooveBoston and the lasers by Dynamic Lasers.