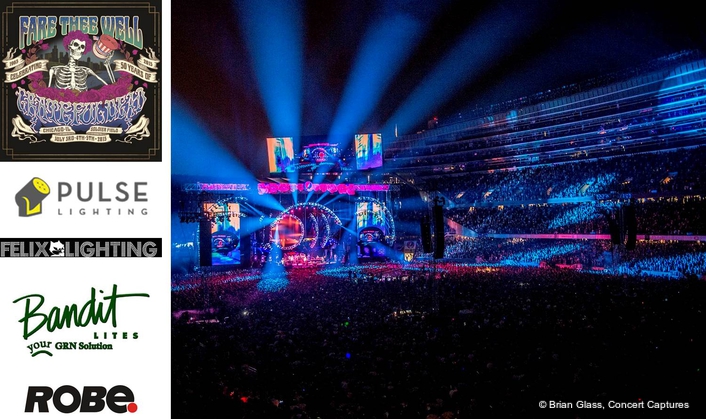 A milestone in music history took place at Soldier Field in Chicago as legendary US ‘jam’ band The Grateful Dead celebrated their 50th anniversary with the three final ‘Fare Thee Well’ shows, produced by Paul Shapiro over the 4th of July holiday weekend, playing to record crowds of 70,000 each night. This followed two gigs the previous weekend, each pulling capacity audiences of 65,000, at Levi’s Stadium in Santa Clara, California.

Lighting was designed and directed by the band’s long term LD Candace Brightman, who started with them in 1972.  Paul Hoffman of Pulse Lighting LLC provided programming, equipment selection and moral support. The pair have collaborated on the Grateful Dead since 2004. Central to the large lighting rig were 50 x Robe BMFL Spots and 32 x Pointes supplied by lighting vendors Felix Lighting in Santa Clara and Bandit Lites in Chicago respectively. 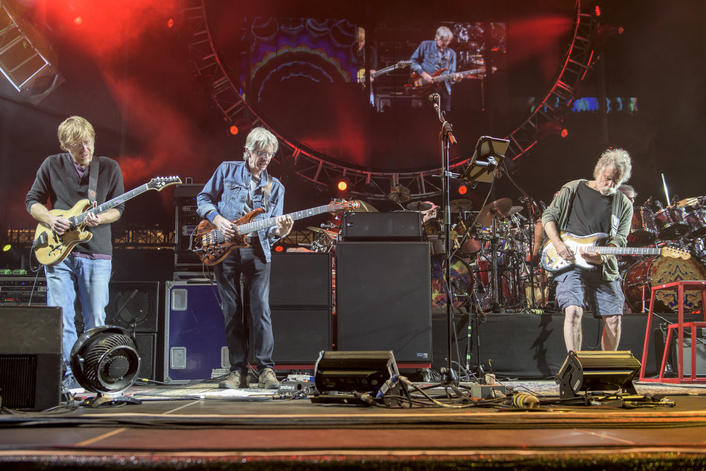 Candace and Paul started work on the design in January. The band wanted an industrial look to the stage and Candace was keen that the design follow-on from her ‘organic’ work of the past while incorporating some of the newest technologies. The stage was defined by a series of gently curved trusses wrapping the central performance space and topping off the PA / side screen wings. Upstage center was a 30ft diameter circular truss covered with a stretched scrim.

Assisted by Bandit account handler Dizzy Gosnell on the CAD elements, the lighting design and system evolved and morphed several times in the run-up period as new elements – like a live YouTube internet stream at Soldier Fields - came into play.
The BMFL fixtures were “the spectacle of the show – outshining anything else” stated Paul, who explained that they were hung on the curved trusses. The BMFLs emphasized the general outline of the trusses, allowing them to shoot right to the back corners of the stadium ... and also to be focused in onto the circular scrim where their gobos could produce incredibly detailed and vivid projections.

They were also impressed with the speed of the movement. “They can move super-fast between positions compared to more sluggish, older luminaires,” observed Paul.

Robe Pointes were used around the central circle to project onto the circular scrim, giving some different patterns from the BMFLs, and also out on the wing curved trusses and floor for some long-throw beams. 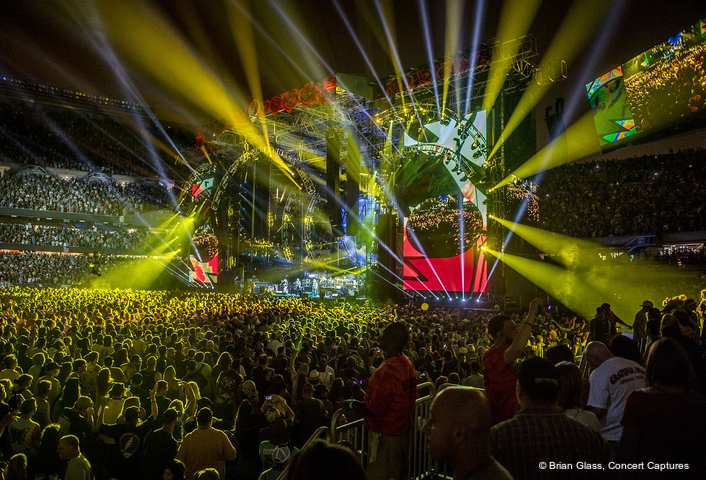 As with all Grateful Dead or ‘jam’ band shows, the challenge was the fact that the same song is never played twice in the same way, so instead of being able to prepare and execute a tightly pre-cued show, Candace operated the grandMA 2 console very similar to a musical instrument, playing along with the band as the set unfolded.

Her 40 years of experience lighting the band, however, did give a reasonable insight into the next musical directions they might take.

Paul suggested the BMFL Spots having used them himself, and seeing them in action at various other shows since their launch last September. He has been incorporating Robe into much of his work for the last year, starting with Pointes.

Joining Candace and Paul on the creative team for these seminal shows were video operator Aaron Stinebrink and video content producers Tim Zgragen and Obsura Inc.

The lighting crew chief was Chris Coyle and the account handler for Felix was Roger Pullis.

The webcast from Soldier Field was the first ever live webcast by YouTube and it’s estimated that a record 175,000 pay-per-view audience tuned in to catch the action. 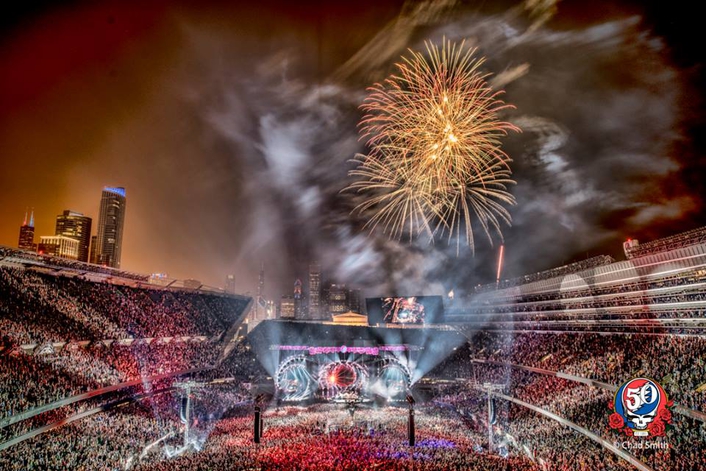 Additional resonance touched the Soldier Field event as it was also the site of the last Grateful Dead concert 20 years previously … to feature the late great Jerry Garcia on lead vocals & guitar.