grandMA Rocks on With Horror Show 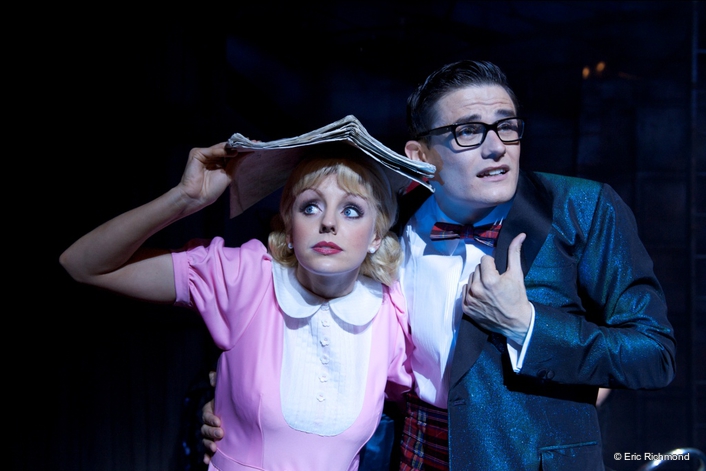 Rocky Horror
Lighting for the current UK touring version of cult classic musical The Rocky Horror Show has been transferred to grandMA for control, with the tour, produced by the Ambassadors Theatre Group, carrying a grandMA light with an grandMA ultra-light for backup and 2 x MA NSP (Network Signal Processors), supplied by lighting contractors White Light.

The lighting design is by Nick Richings and the programming was completed by Jim Beagley. The tour originally started in 2006. This current version has been out since 2009, when it started with another lighting console which was replaced shortly afterwards by the grandMA. Beagley explains, "We needed a reliable rock 'n' roll style touring desk onto which we could easily transfer the show and run in a similar fashion." 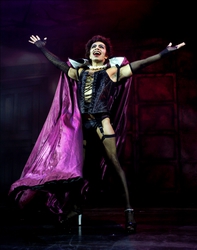 The programming for the transfer was done offline at White Light. Beagley took a DMX capture of the moving light palettes and all the generics and manually typed in the data from one desk to another. Then he went to the fit up day at Windsor Theatre Royal when the tour was moving there, and essentially treated it as a re-light, installing the new desk and running the show that evening on the grandMA light for the first time.

It's a tightly timed show with hundreds of cues that all segue into one another without blackouts, but everything ran like clockwork. Beagley continues "It's an extremely capable console and the networking and backup work very well.” He also likes the flying faders, and the fact that the software integrates seamlessly with the grandMA onPC laptop version, allowing the convenience of offline working.

Jim Beagley has just programmed Strictly Come Dancing The Professional tour on grandMA, and also commissioned 4 x grandMA2 for the Bubble Theatre, City of Dreams, Macau. Currently, from choice, he says he would "not use another controller".

The lighting rig for the Rocky Horror Show tour consists of Martin moving lights in the overhead rig, together with Vari*Lite VL2000 Washes which are used to colour the eye-catching set, designed by Janet Bird. On the edges of the downstage truss are 2 x DHA Digital Light Curtains, mounted vertically, shooting hard cross light across the stage area. There are also 30 x PAR cans with scrollers dotted about the rig. Additionally there are Pulsar ChromaStrip LED fixtures inbuilt into the set pieces which are also controlled via the grandMA light, along with Dataflash strobes and ChromaQ ColorBlock LEDs in the trusses, a quantity of sparkle strobes, plus 2 x ETC Source Four profiles with double rotating gobos. The tow Unique hazers and the Jem Glaciator doing the atmospherics are also run from the console, which is currently being operated by Tom Johnson. 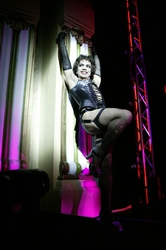 Johnson joined the Rocky tour in February. Before this, he had been working on the High School Musical II tour for Stage Entertainment, for which he utilised a grandMA full-size for programming and two grandMA light for the tour.

He likes the "full functionality" of the grandMA, and finds it "incredibly quick" to do the re-lights for each move, which is squeezed for time, with just a one day fit up and everyone having to work very fast. He also thinks the networking capabilities are a massive help.High School Musical II was the first tour on which he had used grandMA, although by then he had spoken to numerous people who recommended MA products.

Johnson took over from Lee Jones, when he moved on to the Hairspray tour, but not before Jones expressed great enthusiasm for getting grandMA aboard Rocky when they decided to change desks. His first grandMA experiences date back to the start of his professional lighting career at the Butlins holiday centre in Bognor Regis, where they had a grandMA light. Since then he has used grandMA on many tours and shows including a two year stint on High School Musical with grandMA. Jones says, "It's stable, reliable and easy to use with the MA NSP and networking and apart from that, I just love the Space Invaders!"

Nick Richings and Jim Beagley work together a lot, and Richings comments, "I am very happy with the grandMA, Jim can make it do anything I ask, and it has powerful features like being able to run two separate cue lists, and also run media servers, so you can programme a media server on one console and the lighting on another, and merge the two universes together.”

Richings has a constantly busy schedule, and has recently been nominated for a prestigious Tony Award. Currently four of his touring shows are on grandMA - apart from Rocky, there is Strictly Come Dancing The Professionals, Laughter in the Rain (programmed by Tim Oliver, lighting supplied by HSL) and Whistle Down The Wind which has also recently changed over to grandMA.