Grand Production Gets To The Pointe With Robe 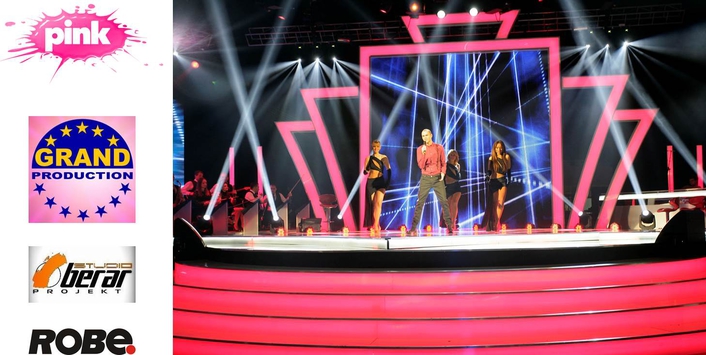 These are the first Robe Pointes in Serbian TV, and the new fixtures went straight to work at the Studio Avala Film in Filmski Grad, Kosutnjak, Belgrade for ‘Grand Show’ which is broadcast live on Pink RTV’s Friday night prime-time, featuring a selection of popular folk bands interspersed with live guest interviews.

The show is a massive hit throughout the Balkan regions. 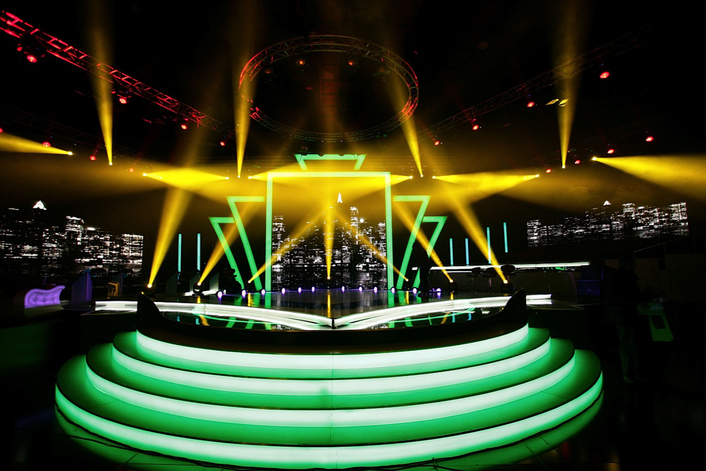 The Pointes will also be utilized on other shows produced by Grand Production for RTV Pink  including ‘Grand Parada’, ‘Narod Pita’ and ‘Zvezde Granda’, all of which are also music based.

Kravic has been using Robe products for around the last 10 years and so was fully aware of the brand’s quality and reliability when he spec’d the Pointes in a recent lighting upgrade bringing Grand Production’s technology at the Studios bang up to date!

He chose Pointes for many reasons. 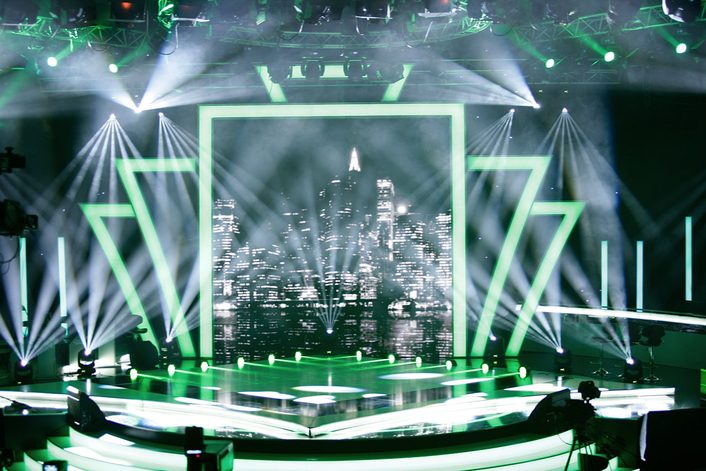 Their compact size, light weight  and the fact that they can be rigged by one person was a big plus.

In terms of features and functionality, he is impressed with the speed of the pan and tilt and the “Excellent” 6 and 8-facet prisms, which can be combined with gobos and haze to “Create gorgeous effects”.

He adds that the colour wheels are fast, allowing the creating of super-quick chases bumping between colours – excellent for music applications.

Meanwhile, the frost “Completely transforms” the basic look of the beam reflector.

The 2000 hour guarantee on the lamp, the touch-screen display on the unit and ArtNet compatibility all help make the Pointe “Several steps ahead of the competition,” he confirms.

He also comments that Robe’s commitment to “Real innovation” in their product development is impressive, together  with the outstanding on-going service and support from Studio Berar Projekt.

The Pointes are installed on a series of trusses in the ceiling of the studio, around the LED screens at the back, on side trusses and also on the floor … to provide really dynamic coverage around the space for the many different artists appearing live who embrace a range of folk music derivatives, all needing individual visual treatment. 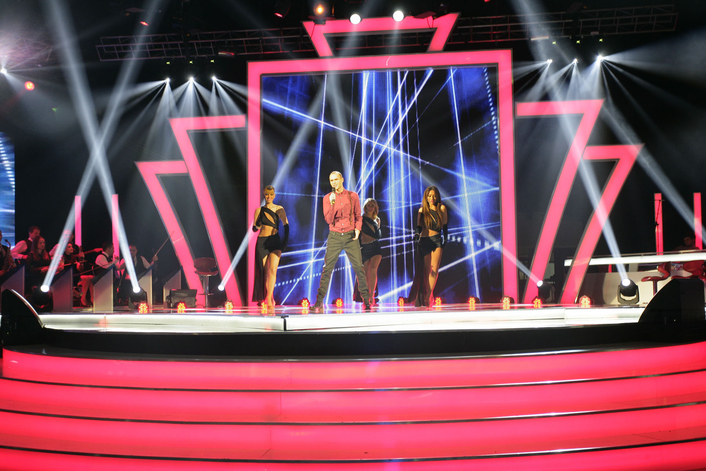 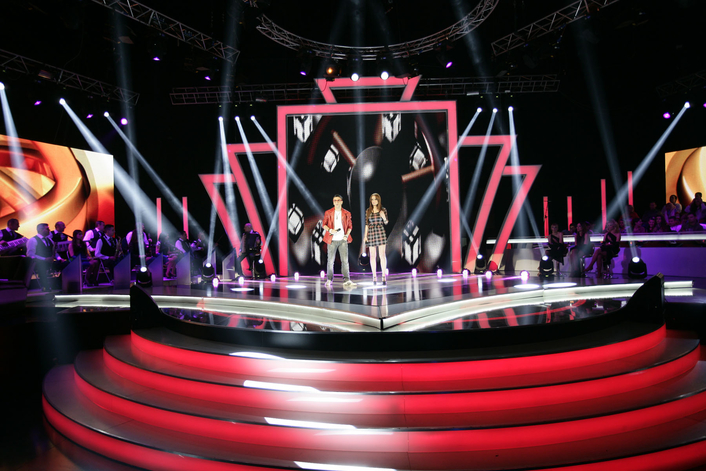 There are also 26 x Robe ColorWash 575E AT fixtures in the Studio which are still going strong after many years of action!

Studio Berar Projekt and Grand Productions have collaborated for some time on several highly successful productions and the production company is always keen to stay at the top of their game by investing in the latest technology and a talented crew of people.

RTV HD1
RTV Studio 1
Gibonni Gets The Pointe in Belgrade!