A grand final: grandMA2 was a hit at Swedish “Idol” 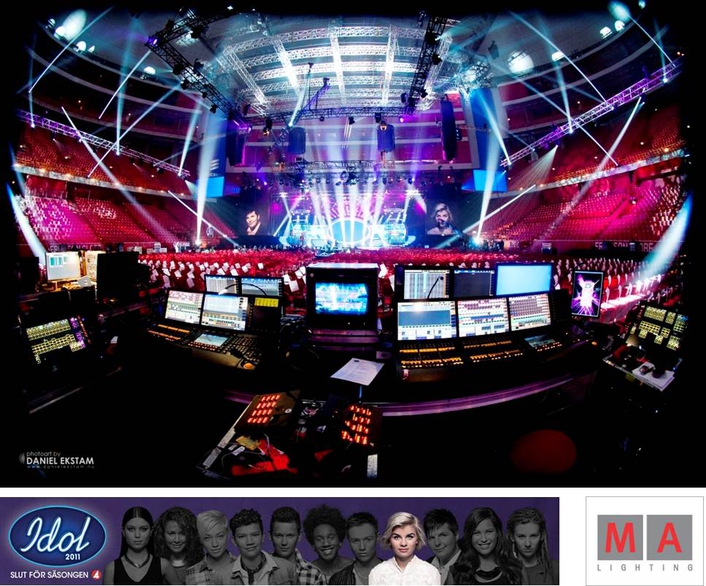 Ulf Jansson worked as moving light operator, Morgan Brown operated the media servers
“Idol” is a Swedish reality-TV talent competition airing on TV4. It debuted in August 2004, and became one of the most popular shows on Swedish television. Part of the Idol franchise, it originated from the Pop Idol phenomena created by British entertainment executive and impresario, Simon Fuller, first shown in the United Kingdom in 2001.

This year’s Swedish edition was the final one. There won’t be a new season next year, so to make it as spectacular as possible, lighting designer Per Ax voted for a grandMA2 control system. 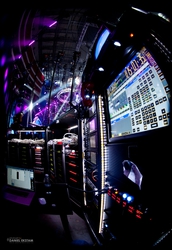 Lighting designer’s assistant and head electrician Tobias Winerdal commented: “I have worked on Swedish Idol for seven years. We started out with another console and used it for a few years. We moved on to the grandMA full-size ‘series 1’ in 2007 and there was no turning back. This year we used a grandMA2 system for the first time and it was a perfect choice!”

“Because we were working for a live TV show with millions of viewers there was really no room for glitches”, continued Winerdal. “The setup was designed with that in mind, and all the FOH electronics and dimmer signal distribution were on UPS-regulated power. At FOH we used a grandMA2 full-size for the moving lights and a grandMA2 light for the key lights. The consoles were running in the same session but separate worlds, each with its own grandMA2 onPC backup station consisting of a Mac Mini with a touchscreen.”

Per Ax explained his design: “The basic idea of the lighting design was to position lights around the stage and set to make the different venues look even more luxurious and big. I wanted also to have a design that was adaptable for the many different songs performed and the moods they encapsulated. Because this is a major TV show in Sweden, with cameras shooting in all directions it was also important that lights were visible 360 degrees around the arenas.”

Live-Broadcast of German ... Finale from the Coloneum
A Night to Remember: Ruth... Celebrated with grandMA2
Around the World: grandMA...ith Red Hot Chili Peppers