GLP X4's Get Their Rocks off with Slightly Stoopid 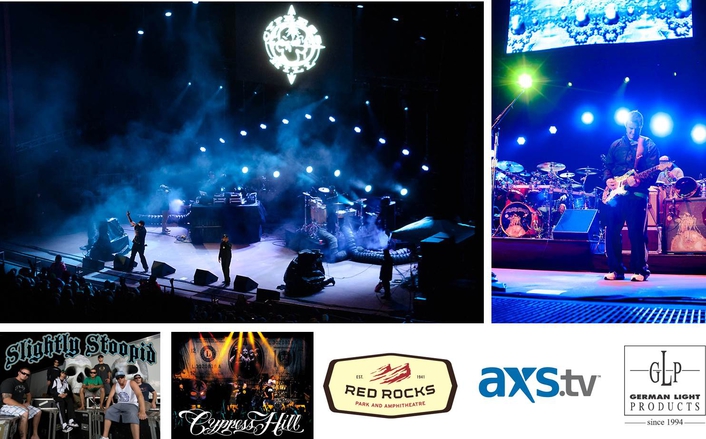 Set up by brothers Paul and Preston Hoffman in 2005, Pulse Lighting were asked to light the Californian-based ‘fusion’ band in their own right for the first time. “The management knew we had experience of the venue, and in running concert lights for broadcast,” said Preston.

The day of the event — April 20th — was also significant since it is the day when counter-culturists celebrate the love of cannabis, as Preston explains. “With cannabis legalized in the state in 2013, the 4/20 show was historic for everyone involved in that culture. It is no secret that Slightly Stoopid is a pro marijuana band so this event was monumental — and they really wanted to make it a special for their fans.”

And the GLP impressions helped ensure that dream became a reality. The Hoffmans’ experience with the German manufacturers’ ground-breaking LED platform dates back to the very beginning, and the launch of the original impression 90 in 2007.  “At the time, it was an amazing product — but it is unbelievable how far that technology has advanced in such a short time since then.”

Preston further experienced the high value of the Volkslicht Zoom on tour with Furthur and featured them in a music venue called The Hamilton in Washington DC.  However, the Red Rocks show was the first time he had used the new generation impression X4’s. “And I was very impressed with everything about them,” he said. 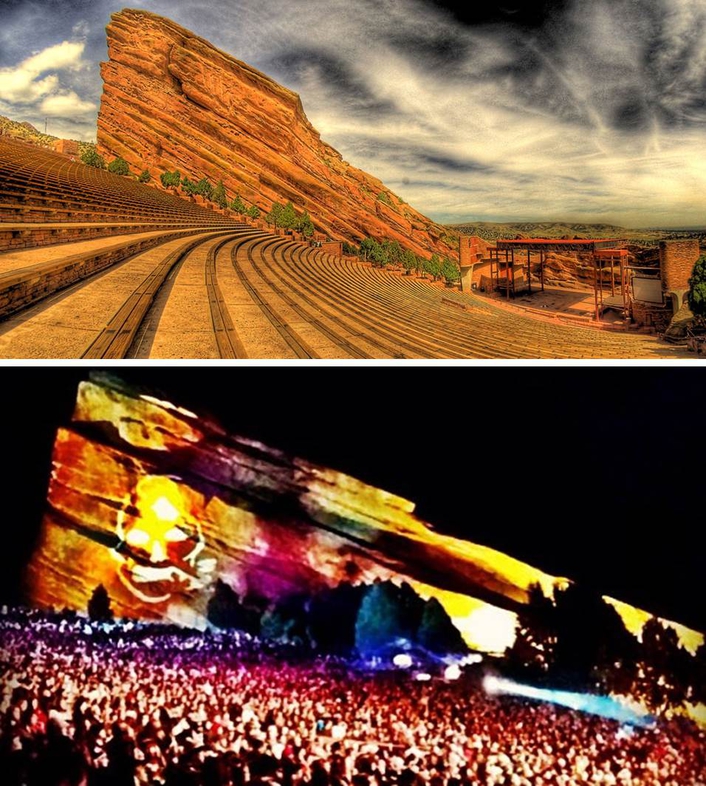 “For small tours lacking in large budgets but requiring high visual impact they are perfect — the great part about this type of product is its flexibility.”

To exemplify the point Hoffman was able “to pull triple duty” from just 12 fixtures — “and In all three categories the X4 did great!” he reports. In particular, he wanted to see how they would perform as a wash/beam/effect light, suspended directly behind the band where the cameras would pick them up.

But first of all he tested the zoom … and was immediately blown away. “This fixture zooms down to a 7-degree tight beam and then zooms out to a really impressive wide 50-degree completely flat field of color,” he noted.

“Next I played with the color mixing and I have never seen such rich even color come out of an LED fixture. Lastly I played with the matrix effects. I think this functionality is innovative and cool and a great trick to pull out at the right time.

“I used them to wash the rocks behind the band as well as add beams in my big looks and also used the matrix effects for a little eye candy when appropriate. I was especially impressed by the quality of light that the X4 produced — delivering a perfectly uniform beam with unbelievable colors. LED fixtures often have problems with yellows and ambers however this fixture made those colors beautifully and without the pixelation.

“I also especially like the lens on this fixture because it softens the source so it is less harsh and distracting than most other LED fixtures.”

As for control, they were easy to programme and highly responsive. “One thing that I often find with moving LEDs is there are about four or five good colors but the X4 allowed me to have more subtle color variations and I could use the full spectrum. As a result they looked just like a dichroic mixing light, which was useful when working with cameras because subtle shifts of color are necessary to eliminate clipping.”

Pulse Lighting were working through local technical production and event management specialists, Brown Note Productions (who provided all the lighting, including the X4’s), and Preston Hoffman was full of praise for their professionalism.  “In my opinion they have some of the most cutting edge equipment in Denver.”

In summary, the lighting director says this was a project he couldn’t have felt more proud of. “I have been on a personal quest to find the best moving head LED on the market that can be a multifunctional, lightweight and power efficient fixture.

“Doing a one off at Red Rocks is very challenging and most of the time I am trying to get big looks out of small rigs without impacting too heavily on the budget. Having a fixture like the X4, which could play several roles on the rig, really brought Red Rocks to life.”