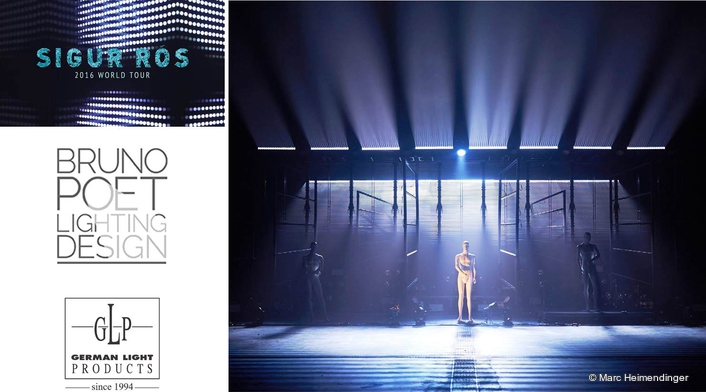 And in GLP’s award-winning impression X4 Bars he has found an LED batten with a versatility for all occasions that gives him far more than a conventional light curtain.

Introduced to the Bars by White Light’s Dave Isherwood he was instantly impressed. “I have always loved the DHA digital light curtains but they are impractical for concert touring. The GLP Bars felt like the first products I had seen that produce a similar effect, since others I had tried did not deliver the dense curtain of light that I wanted.”

While prepping the Sigur Rós tour Bruno was simultaneously designing the lighting for Brian Friel’s play, Faith Healer at Donmar Warehouse, successfully deploying 16 of the X4 Bar 20s to light a rain curtain.

“They only perform one function in Faith Healer, but they do so extremely well, lighting the curtain of rain that surrounds the stage. We chose them because nothing else could produce such an intense, tight curtain beam with so little spill.”

But it is with Sigur Rós that it is really making waves. Bruno started working with the band after lighting a solo tour for lead singer Jónsi Birgisson in 2010. Following the success of the initial 2012-2013 tour he was re-engaged for the current tour.

In lighting a show of this nature, the biggest challenge, he says, is the lack of narrative. “Nearly all the other work I do is for a production that tells some kind of story, and lighting becomes part of that storytelling. For Sigur Rós the lighting is a direct response to the music.  The band are in the centre of a world of light and video that should feel naturally driven by the sounds they are making. 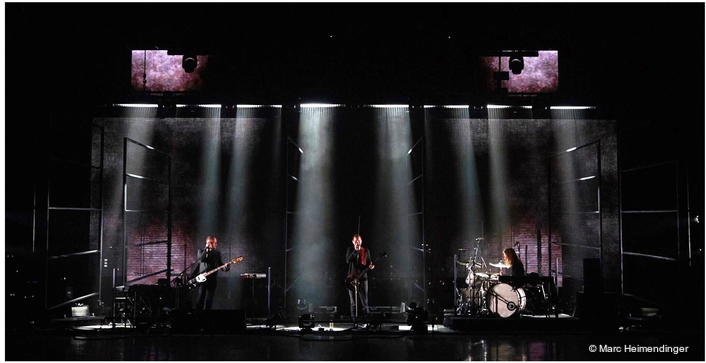 “Also in theatre and opera I am used working with a space definied by a large physical set, for Sigur Rós it is more of an environment of video and projections.”

In a video heavy show, the collaboration both with Sarah Hopper and Damien Hale, the video creators, and set designer, Chiara Stevenson, had been key, he said. 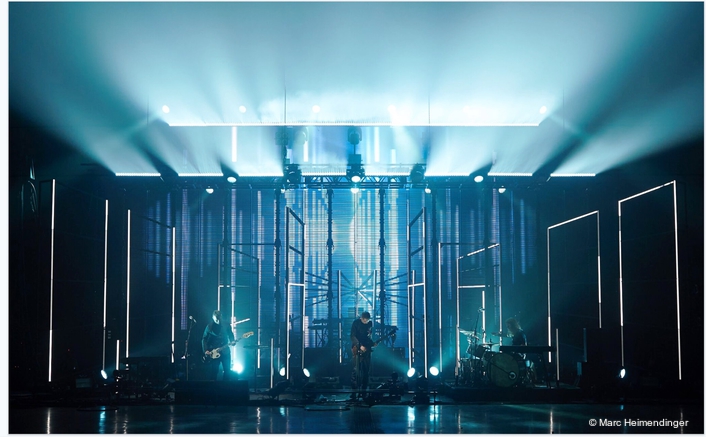 “The band were keen for a set that would appear to expand and contract with different songs, from intimate to epic, from gentle and lyrical to hardcore and distorted, moving away from the softer and more organic feel of the previous tour.”

“I wanted some looks that got away from the triangular beams from point sources of light you normally get. The [X4 Bars] worked very well with the strong graphic shapes of the frames of the set design, especially when they are used to create a solid ceiling of light.” 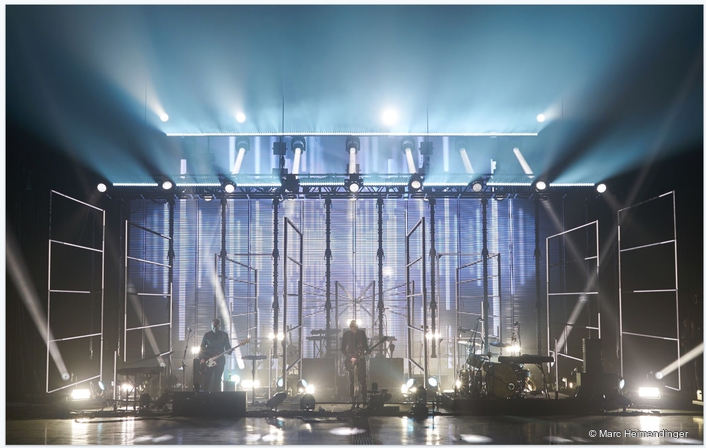 Bruno has again been collaborating with his reliable and long-term touring lighting director and programmer, Matt Daw for whom he has high praise. “His input is vital and the look of the show is as much to do with him as me.”

This may be the first time Bruno Poet has used the impression X4 Bars — but following the successful induction, it will be far from the last. “These are great units and we are already in negotiations to use them on several future productions.”