bright! light main stage façade with 120 heads
When the famous Rock in Rio Festival returned to Lisbon (Portugal) this summer, and crowds of up to 350,000 swarmed to the Parque da Bela Vista, they zeroed in on the main Palco Mundo stage, the façade of which was spectacularly lit by 120 GLP impression X4 LED heads.

This provided the perfect setting for top tier acts such as the Rolling Stones, Arcade Fire, Justin Timberlake, Linkin Park, Queens of the Stone Age and many more to perform over the four days.

Having worked with Rock in Rio, one of the largest festivals in the world, for the last decade, lighting design company, bright! GmbH again turned to GLP’s successful impression platform.

Thomas Giegerich, who runs the German lighting company with brother Michael, confirmed that they had successfully built on the legacy of the original impression 90s. “We used all the X4 to bring the metal stage structure to life — something we had done with the Impression 90 years before. It really highlighted the façade.”He noted that in addition to being compact, light weight and low on consumption — ideal for festivals — there were many other attributes. “They are rugged, produce very good colours and are extremely fast,” he stated. “In the end the price was part of the decision too.”

He had first become involved in the event back in 2004 when bright! were asked to handle the complete WYSIWYG on-site preprogramming. “We were hired by Procon, which is now PRG Germany, for the first European Rock in Rio — and now I am the festival’s lighting designer, ” Giegerich continued. 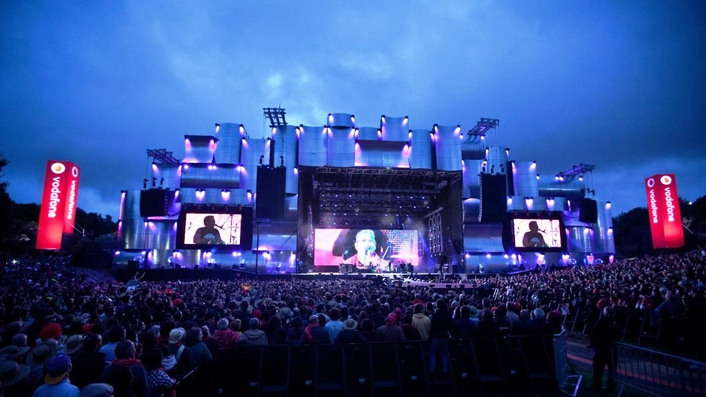 Founded by Brazilian entrepreneur Roberto Medina, the event itself is a series of festivals that take place in Rio (Brazil), Lisbon (Portugal) and Madrid (Spain). It had been his decision to move the event to Lisbon in 2004 before it returned to its original location, Rio de Janeiro, with a new line-up in 2011 (which also saw bright! handle the lighting design).

Working this year alongside Gabisom, who provided the sound, Thomas Giegerich and co-LD Tobias ‘Toto’ Bröcking designed all the lighting and video sets (assisted by WYSIWYG specialist Matthias Reuhl), trading on their long relationship with GLP.They had first been introduced to the Karlsbad-based company many years ago when one of their employees (Denis Hessberger) moved to the manufacturer.

Since then they have developed ever closer ties, with bright! specifying every generation of impression fixtures and handling the manufacturer’s trade fair booth designs to this day. Meanwhile Hessberger has returned to bright! but continues to work closely with GLP. 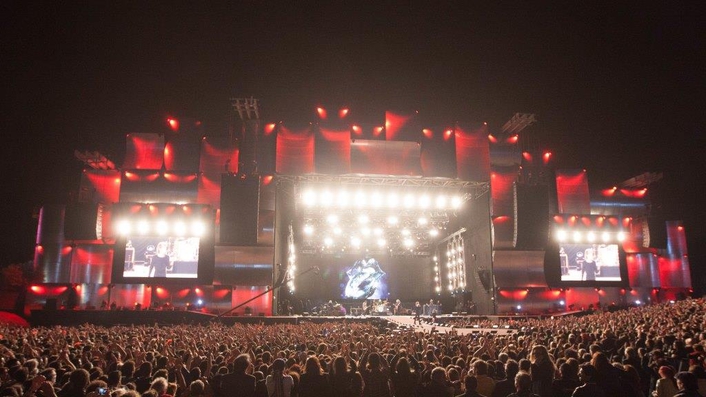 As for the X4, they also proved popular in Lisbon with the influx of visiting LDs who found them easy to programme and build cues. “They are just so easy to work with,” concluded the lighting designer. “All the incoming bands’ LDs know these fixtures and can easily implement them in their shows.”

About GLP (German Light Products)
Founded by Udo Kuenzler in 1994 and headquartered in Karlsbad in Southern Germany, GLP (German Light Products GmbH) this year celebrates its 20th anniversary. GLP is a leading manufacturer of cutting edge lighting technology equipment and in recent years has been at the forefront of LED technology in the use of entertainment lighting. The company’s award winning impression series has become a standard around the world, specified by top LDs for its versatile and packed feature set. Constantly expanding its product range, GLP is committed to bringing environmentally friendly lighting technology to designers without expecting them to compromise in their artistic expectations. In 2009, GLP purchased the German video company G-LEC and increased its global presence by establishing a subsidiary in Los Angeles, USA, and in Hong Kong the following year.