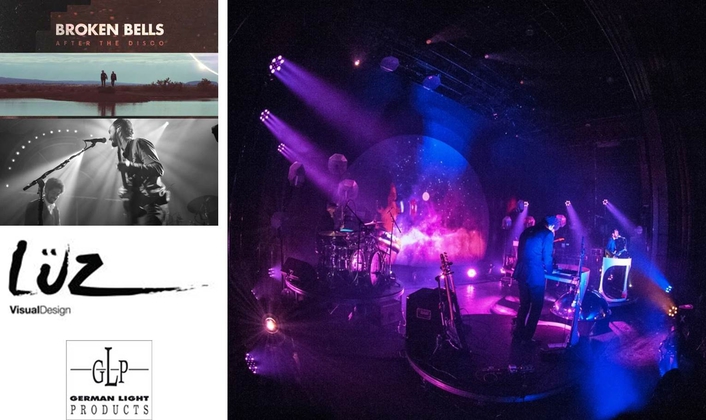 Set up by Matthieu Larivée in 2005, and now with nine full time employees, Lüz’ aim is to provide clients with visual design, frequently using video as a lighting source. “Our strength is the cohesive use of lights and video together,” says Larivée. And in turning to the GLP catalogue for the first time he could see a solution that would fulfil this goal.

Although the French Canadian outfit has been working globally with artistes such as Rufus Wainwright and Foster The People it was with Californian based Broken Bells, headed by Gnarls Barkley’s producer, Brian (Danger Mouse) Burton and James Mercer (from The Shins), that he put the X4 to work.

“Danger Mouse wanted to create a visual setup that would allow the audience to be entertained,” explains Larivée. “Because they are pretty static on stage, he wanted something for the people to look at — to take the focus away from them.   Projection was a must, and this was synchronised with the music.”

Matthieu Larivée had first seen the X4 in use at Midnite Hour Productions in Toronto and knew they could be used with pixel manipulation. So first he requested one to be delivered to the studio. “When I do pre-viz, using WYSIWYG, I always ask for a real demo unit to make sure that the pixel mapping will work perfectly.” 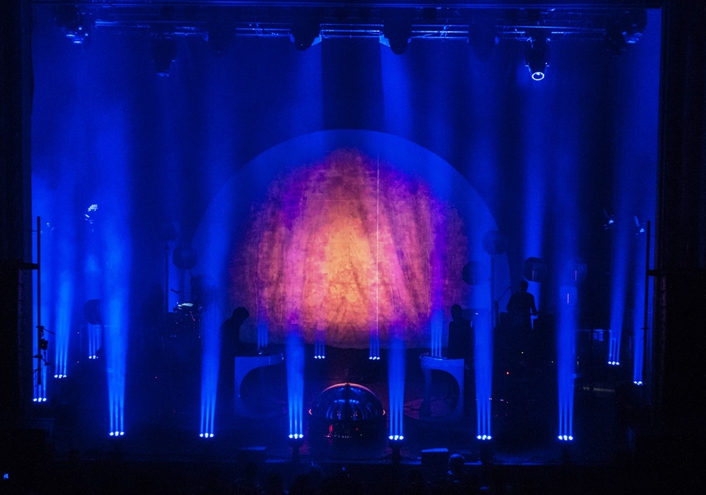 With its 19 RGBW high output LED’s and baseless, slimline body, 7 to 50 degree zoom range, and customisable pixel patterns, he knew the impression X4 would deliver precisely the ‘retro futuristic’ look the designer was seeking, with its ability to offer variable graphic patterns and advanced colour mixing. “The retro futuristic concept uses pastel colours that are not always easy to get with LED.”

With the four piece band playing a number of different capacity clubs and theatres, the most effective use of the GLP fixtures — part of an inventory sourced from Upstaging — was as a floor package. “The X4 is lightweight, and in order to be able to see the pixel mapping, I needed something at eye level, that was not too big. The zoom and colour also enabled me to create both the effects and key lights to the artists.”

The lights were generally positioned six upstage, six downstage, six on floor (either stage right or stage left) and six on a 10ft boom (either stage right and left). When it came to downscaling, six custom mirrors were used to reflect the floors lights (when it was not possible to use top lights). 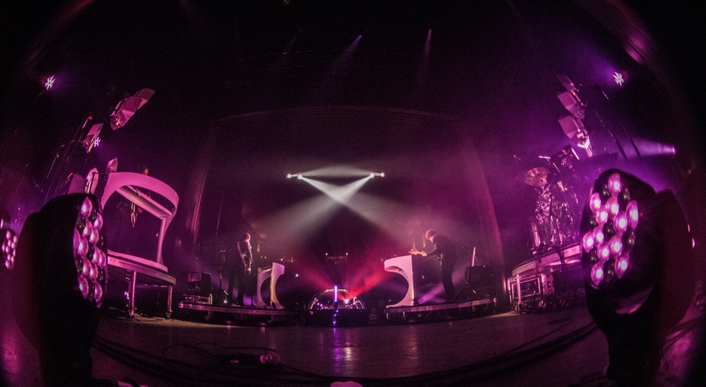 David Rondeau, from Lüz Studio toured the show Stateside and is now preparing for the festival season, programming the show on a grandMA2 Light. As for Matthieu Larivée, he says he will definitely use the X4 again — probably in a different context. “I find the design very unique in the way it delivers a real retro look with its pixel mapping capabilities.”